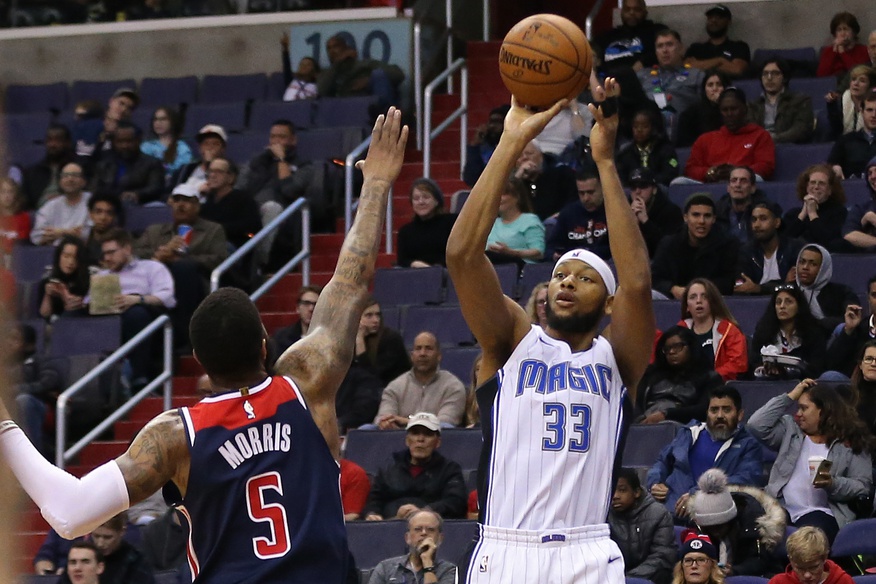 The girlfriend of the late Adreian Payne said that he was trying to help a woman in a domestic dispute prior to being killed.

“Payne’s girlfriend (whose name was redacted) had her version of events relayed in the Orange County, Fla., affidavit for arrest warrant of Lawrence Dority, who admitted to the shooting but pleaded not guilty to first-degree murder,” NBC Sports’ Dan Feldman wrote.

“Dority said he returned home that night to find Payne outside the residence. Dority said he saw the shape of a gun under Payne’s shirt and Payne said ‘I’ll smoke you bra.’ Dority said Payne – who was listed at 6-foot-10, 237 pounds in the NBA – looked intimidating due to his size. Dority went inside his house, got his gun then shot Payne.

“Dority called 911, said a man tried to come into his house and shoot him then said he shot the man.”

It seems like the former NBA player was trying to do the right thing and ended up being in the wrong place at the wrong time.

It’s a tragic story for the former NBA player and standout at Michigan State University. Payne was the No. 15 pick in the 2014 NBA Draft by the Atlanta Hawks.

Payne spent four seasons in the NBA and played for several teams including the Hawks, Minnesota Timberwolves and Orlando Magic. For his career, he averaged 4.0 points, 2.9 rebounds and 0.3 blocks per game while shooting 40.6 percent from the field.

As a senior at Michigan State, Payne was one of the best players in the country. He averaged 16.4 points and 7.3 rebounds per game while shooting an impressive 50.3 percent from the field and 42.3 percent from 3-point range.

He appeared in 138 games for Michigan State over his four seasons with the program and made 94 starts.

According to the Orange County Sherriff’s Department, Payne was unarmed when he was shot and killed by Dority. He was just 31 years old.