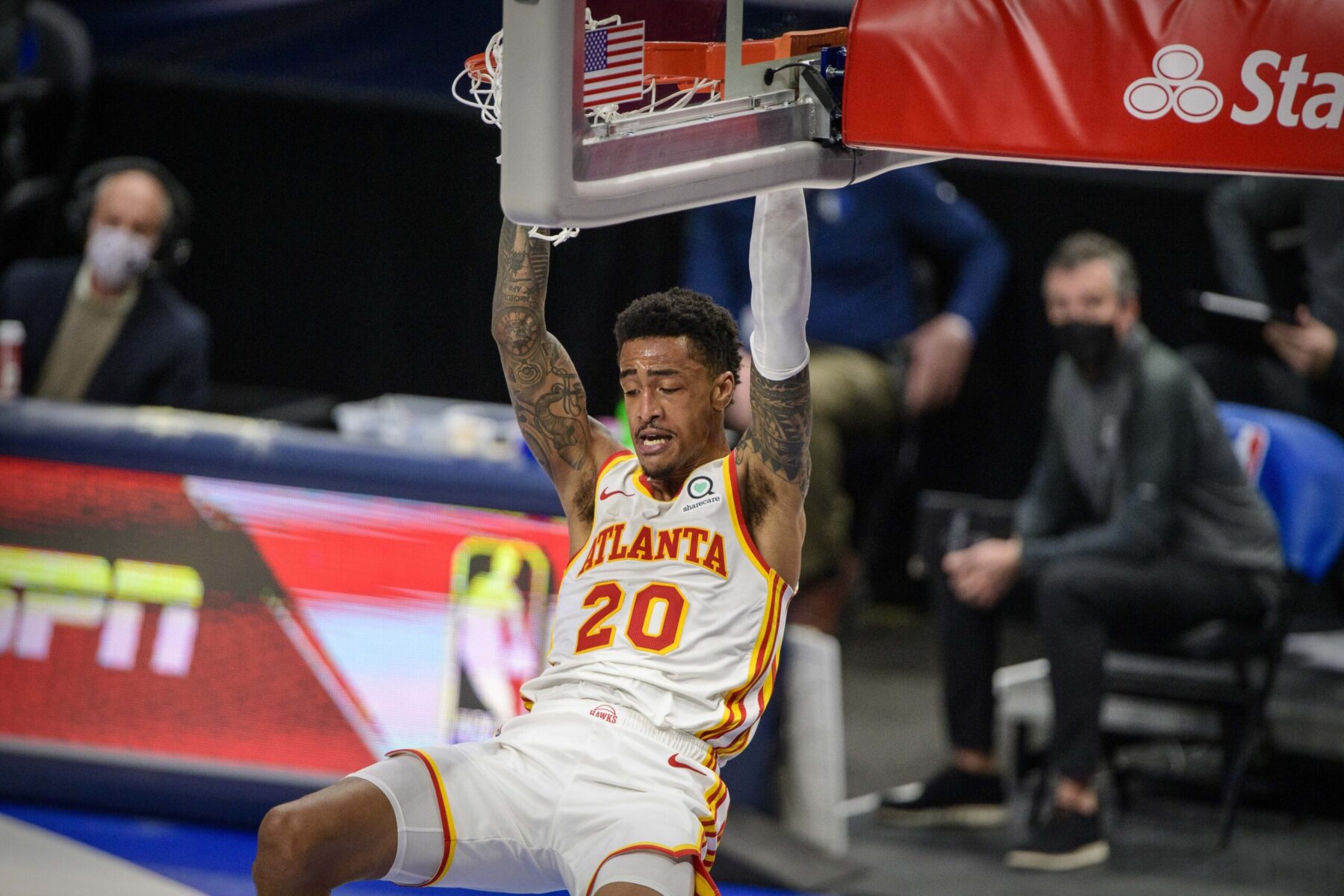 The Atlanta Hawks are looking toward a bright future with rising star Trae Young as the face of the struggling franchise, but it appears John Collins might not be part of the team’s plans for much longer.

Collins’ name has been making the rounds in NBA trade rumors this season, and he could be on the move before the trade deadline on March 25. The Hawks are open for business and willing to listen to trade offers for the 23-year-old.

“Entering Friday’s game against San Antonio, Collins is second on the team behind Trae Young in scoring (18.5 points per game), second behind Clint Capela in rebounding (7.8 per), second behind Capela in blocks (one per), and third in minutes behind Young and DeAndre Hunter (31.9),” wrote Sam Amick of The Athletic. “Even if there was a quality deal to be had that added future assets, his production in the present is so crucial that it appears unlikely that he’ll be on the move. Nonetheless, sources say the Hawks have shown a willingness to listen to offers for Collins (this should surprise no one).”

Despite a hot start to the 2020-21 NBA season with four wins in their first five games, the Hawks have been anything but consistent as of late, with five losses in the last seven games.

There’s no question this team is talented with some young players leading the way, but a change may be needed with Collins seemingly the most likely candidate to be sent packing before the trade deadline.

The Wake Forest University product is currently averaging 18.5 points and 7.8 rebounds per game while shooting a solid 55.9 percent from the floor and 40.7 percent from beyond the arc.

There’s no doubt a player with his potential will draw trade interest in the coming weeks.