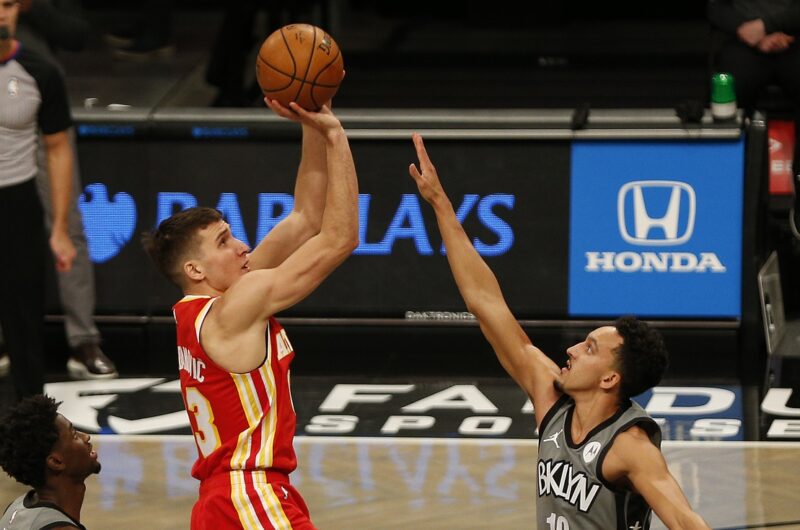 The deal ultimately failed and Bogdanovic went on to sign a four-year offer sheet with the Atlanta Hawks. The Kings declined to match the offer, and Bogdanovic began a new chapter in his career.

However, Bogdanovic is still dealing with the fallout from the failed sign-and-trade deal.

The guard shared his reaction when he first heard of the reported trade to the Bucks in an article by The Athletic’s Sam Amick.

Bogdanovic’s reaction stemmed from the fact that he didn’t think he could get traded as a restricted free agent. Ultimately, he felt betrayed by the team he once played for.

“I just couldn’t believe everything was happening like that, you know?” he told Amick. “Nothing was in my hands, really. When I saw that tweet about the Milwaukee stuff, I really saw it on Twitter. It’s not b——-. That’s why I felt caught off guard.

“(Before free agency, and soon after the Kings fired former general manager Vlade Divac in mid-August), I remember (the Kings) called me right after they were talking with Vlade — bla bla — and they said, ‘We still want to be the same team, we still want you to (be on the team). You’re a big piece of it, you’re a big part of it.’ Bla, bla, bla. ‘We want to keep you,’ and all those stories. You know, it just caught me off guard, really.

“When someone breaks that trust level, when someone does that, from that point you don’t believe them anymore, you know? I think it was unfair a little bit because I didn’t even get a call or nothing (from the Kings) and it was 2 a.m. in my country (when the news broke). I was just confused. I remember waking up the next morning, seeing my phone just blowing up. ‘What was happening? What happened?’ Bla, bla, bla. Ah, you got traded to Milwaukee. I said, ‘Like, how can I get traded (when he’s a restricted free agent)?’”

Now, Bogdanovic has his new beginning in Atlanta.