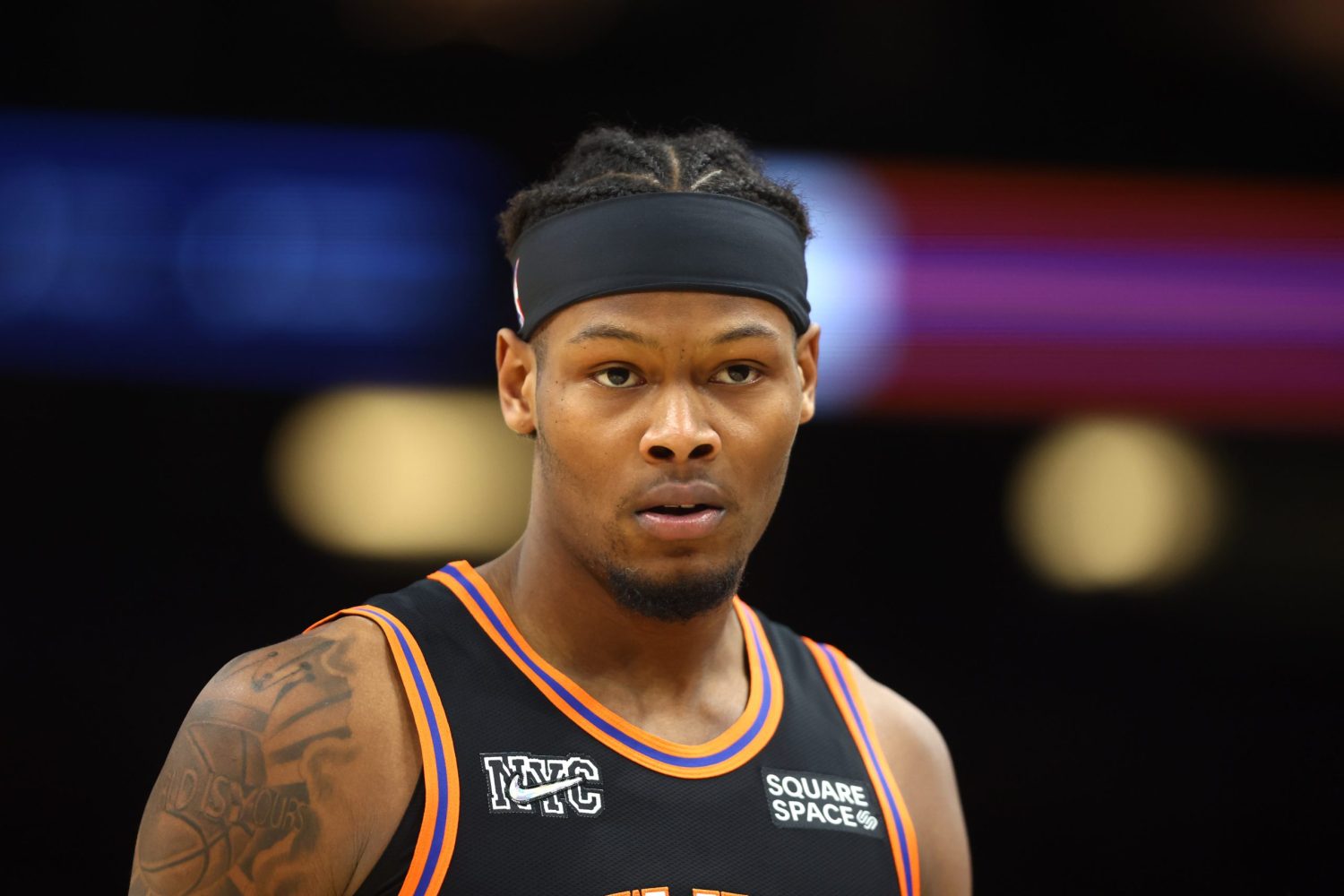 Cam Reddish opened the 2021-22 NBA season with the Atlanta Hawks before being traded to the New York Knicks in January.

The trade marked the end of an interesting era for Reddish, as he had spent his entire NBA career with the Hawks before being shipped away.

One member of the Hawks organization offered an interesting evaluation of Reddish earlier in the season.

“Reddish requested a trade this past offseason because he wanted a bigger role,” wrote Chris Kirschner of The Athletic. “Hawks general manager Travis Schlenk waited for a first-round pick in exchange to part with Reddish, who was drafted No. 10 overall in the 2019 draft, and traded him as soon as the Knicks offered him one. His teammates knew he wanted out and yet the team continued to play him even though he was a wild card every time he stepped out on the floor. He could drop 30 points, or he could badly miss multiple stepback jumpers and gamble for steals defensively. As one person inside the organization said earlier in the season, ‘Cam will be good once he learns how to play basketball.'”

The evaluation certainly comes across as a slight shot at Reddish. The Hawks drafted the youngster themselves and obviously had high hopes for him, but his time with the organization certainly didn’t go as planned.

During his Hawks career, Reddish averaged 11.1 points, 3.4 rebounds and 1.4 assists per game. Efficiency was a struggle for him along the way, as he shot just 38.5 percent from the field and 32.9 percent from 3-point range.

The 22-year-old didn’t show many signs of improvement during his time with Atlanta and never really took the leap that the organization was probably looking for.

Reddish will certainly look to take a step forward with the Knicks. He appeared in 15 games for New York this season and averaged 6.1 points per contest in limited playing time.

There’s no doubt that the Duke University product is talented, but he’s still looking to put it all together at the NBA level. Time will tell if he’s eventually able to do so.