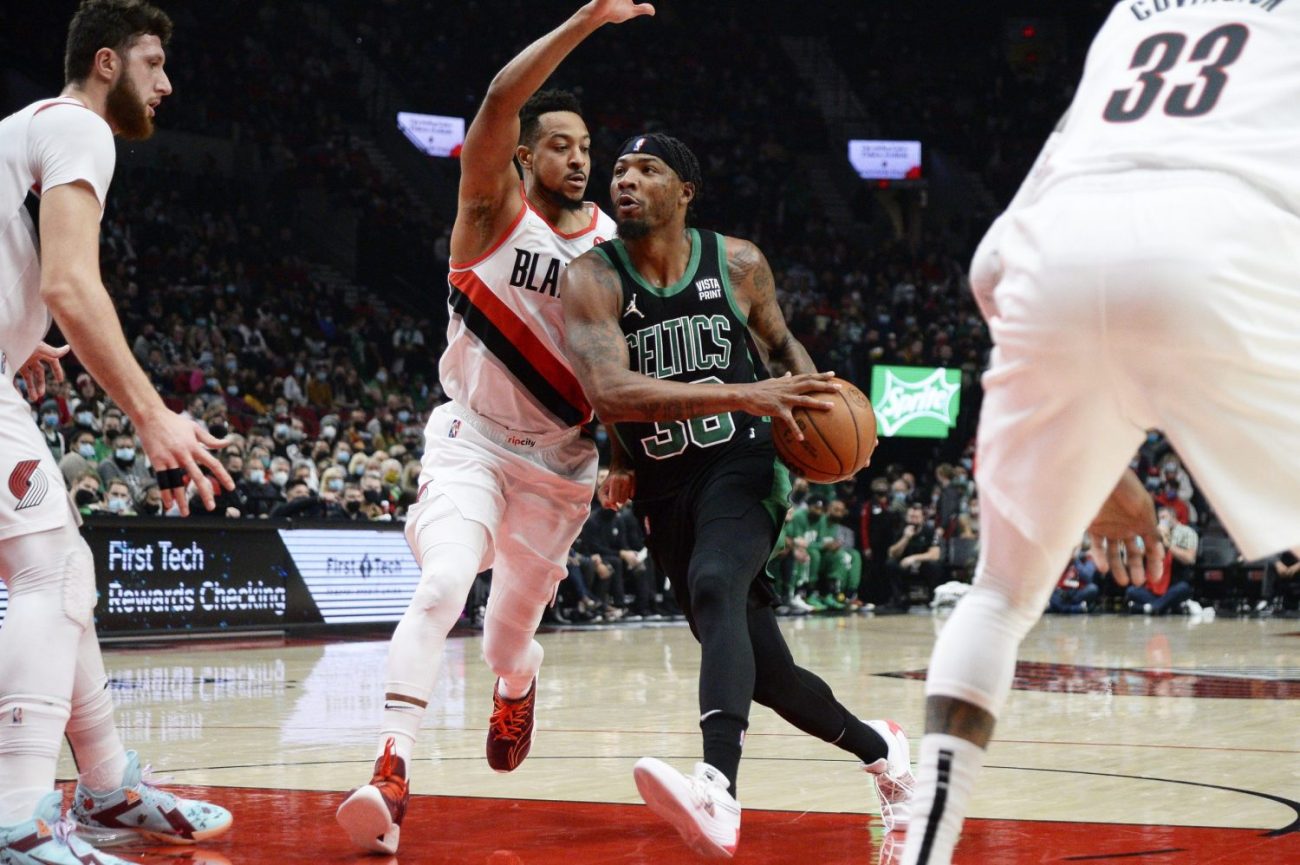 Trade rumors are heating up as the NBA trade deadline fast approaches, and one recent rumor is quite interesting.

According to a report, the Atlanta Hawks have interest in Portland Trail Blazers star C.J. McCollum and Boston Celtics veteran Marcus Smart. Moreover, they seem to be sniffing around some other impact players as well.

“The Hawks have zero interest in being a lottery team, especially after making it to the Eastern Conference finals last season, so they’re going to continue to be aggressive on the trade market,” Chris Kirschner of The Athletic reported. “That’s why they’re one of the consistent teams that come up in trade conversations. They’re heavily linked to Philadelphia’s Ben Simmons, have been linked to Detroit’s Jerami Grant and have interest in Boston’s Marcus Smart and Portland’s CJ McCollum, sources say.”

Any of the aforementioned players would likely have a strongly positive impact on the Hawks.

McCollum would serve as a fantastic offensive option next to Hawks star point guard Trae Young. For years, McCollum has proven that he can play second fiddle to an elite offensive guard. He’s done it for essentially his entire career with Damian Lillard in Portland.

As for Smart, he would come in and immediately help improve the Hawks’ defense, which is one of the worst in the league this season.

The other two players mentioned in the report, Grant and Simmons, would impact both sides of the ball in Atlanta. However, it is unclear which player amongst the four is the one most likely to end up with the Hawks.

For now, all Hawks fans can do is wait and see if their team ends up making a major splash before the deadline comes and goes.