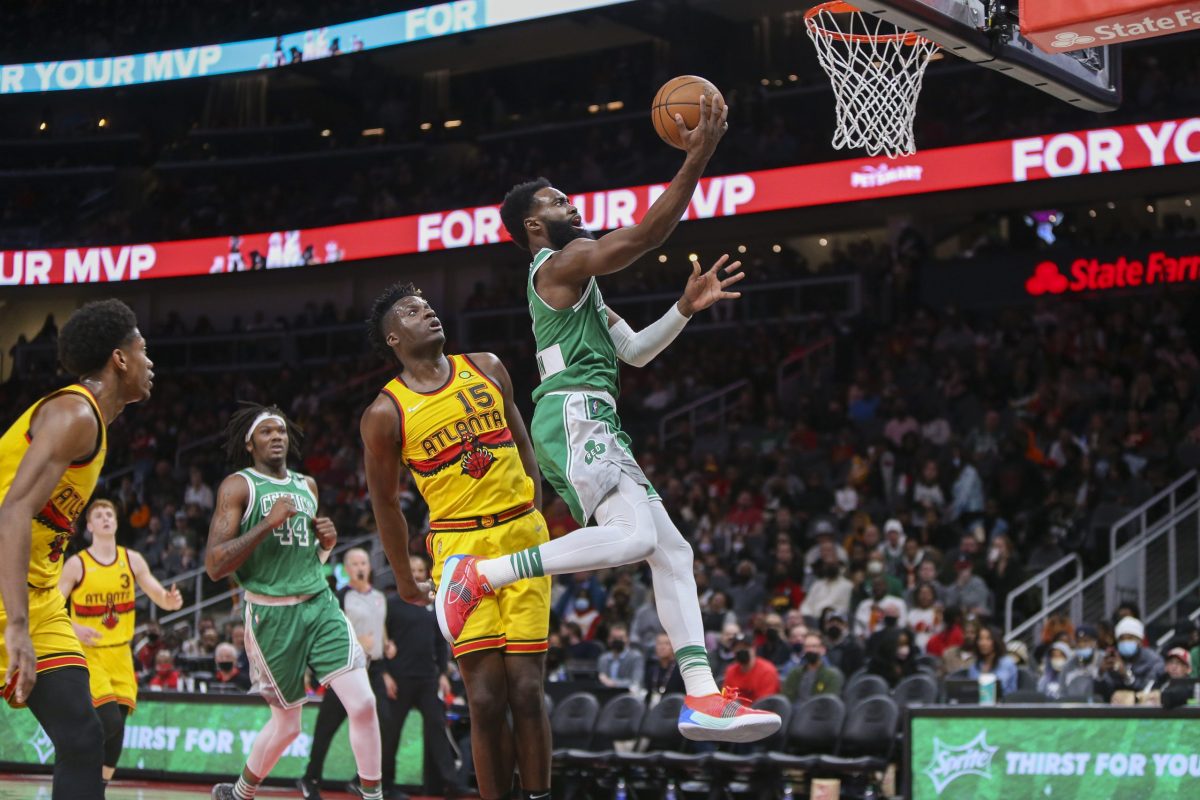 Though they had a down season in the 2021-22 campaign, the Atlanta Hawks are still a young and talented team to watch in the upcoming season and beyond.

That is much in part due to star guard Trae Young, but there are also other talented players up and down the Hawks roster.

According to one recent report, the Hawks could also be in contention to land current Boston Celtics star Jaylen Brown next summer.

Brown will be on an expiring contract once the 2023-24 season gets underway.

According to one Eastern Conference executive who spoke to Sean Deveney of Heavy.com, Brown, an Atlanta native, could end up playing for his hometown team.

“They’ve been after more two-way players in recent years, because signing up a few big names around Trae Young has not worked out. We’ll have to see what they do with [De’Andre] Hunter and [Onyeka] Okongwu because they will need extensions but if they can clear out the room, that’s probably the biggest team to worry the Celtics,” the executive told Deveney.

As many NBA fans already know, Brown was at the center of a number of rumors linking him to the Brooklyn Nets this offseason. According to reports, the Celtics were potentially willing to include Brown in a trade to land Kevin Durant.

Though Brown surely understands that the NBA is a business, it likely didn’t feel great to be dangled in trade talks just a few months after he helped lead the Celtics to an Eastern Conference championship.

Beyond that accomplishment, he had another stellar year in the 2021-22 campaign, averaging 23.6 points, 6.1 rebounds and 3.5 assists per game.

Though he seems to really enjoy playing for the Celtics, there are some undeniable draws to joining a team like the Hawks. First off, Brown would be able to become the clear leader in the frontcourt.

In Boston, he will likely always be playing in the shadow of superstar Jayson Tatum.

Moreover, playing with a player like Young, who can not only stretch the court with his incredible shooting range, but also find teammates for open baskets thanks to his elite vision, would likely help Brown improve his game even further.

Though this is nothing more than conjecture at the moment, it appears that there are some in the league who think Brown could end up in Atlanta in the future.