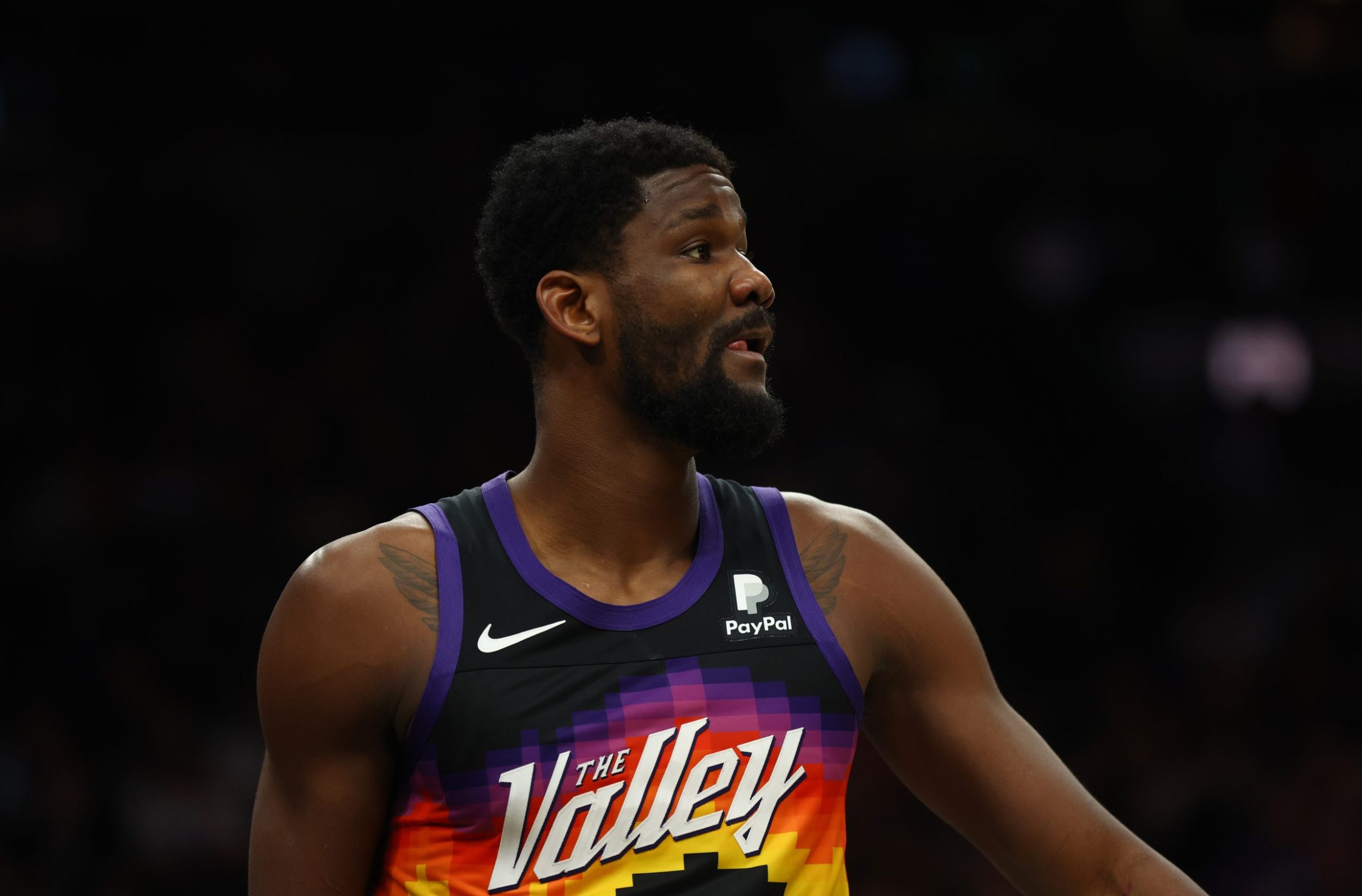 With the 2022 NBA Playoffs nearing a climactic conclusion next month, many basketball fans are already looking forward to offseason storylines.

One such storyline surrounds Phoenix Suns big man Deandre Ayton. Ayton, who was the No. 1 overall selection of the 2018 NBA Draft, is set to become a restricted free agent this summer. Though the Suns could of course match any offer he receives from another team, rumors have pointed to some fissures between the two sides.

According to Jake Fischer of Bleacher Report, the Atlanta Hawks, Detroit Pistons, Portland Trail Blazers, Charlotte Hornets and San Antonio Spurs have been mentioned as potential suitors for Ayton.

“Now, there are three teams most often linked by league personnel as Ayton’s potential suitors on the open market: Atlanta, Detroit and Portland,” Fischer reported. “Multiple team executives also pointed to Charlotte, with a clear hole at center, and San Antonio, one of the few teams with significant cap space, as possible landing spots for Ayton.”

Wherever Ayton ends up, it’s clear that he’s going to get a big deal based on the level of interest he is garnering.

This season, the 6-foot-11 center averaged 17.2 points and 10.2 rebounds per game. Through four seasons in the league, he has proven to be one of the better young big men. However, he has yet to take the leap necessary to become a fully fledged star.

Clearly, the teams that are interested in him still see a fair amount of potential. It will be fascinating to see if one of the aforementioned teams makes a major push for Ayton. It will also be interesting to see whether or not the Suns try to hold onto him or simply let him go.