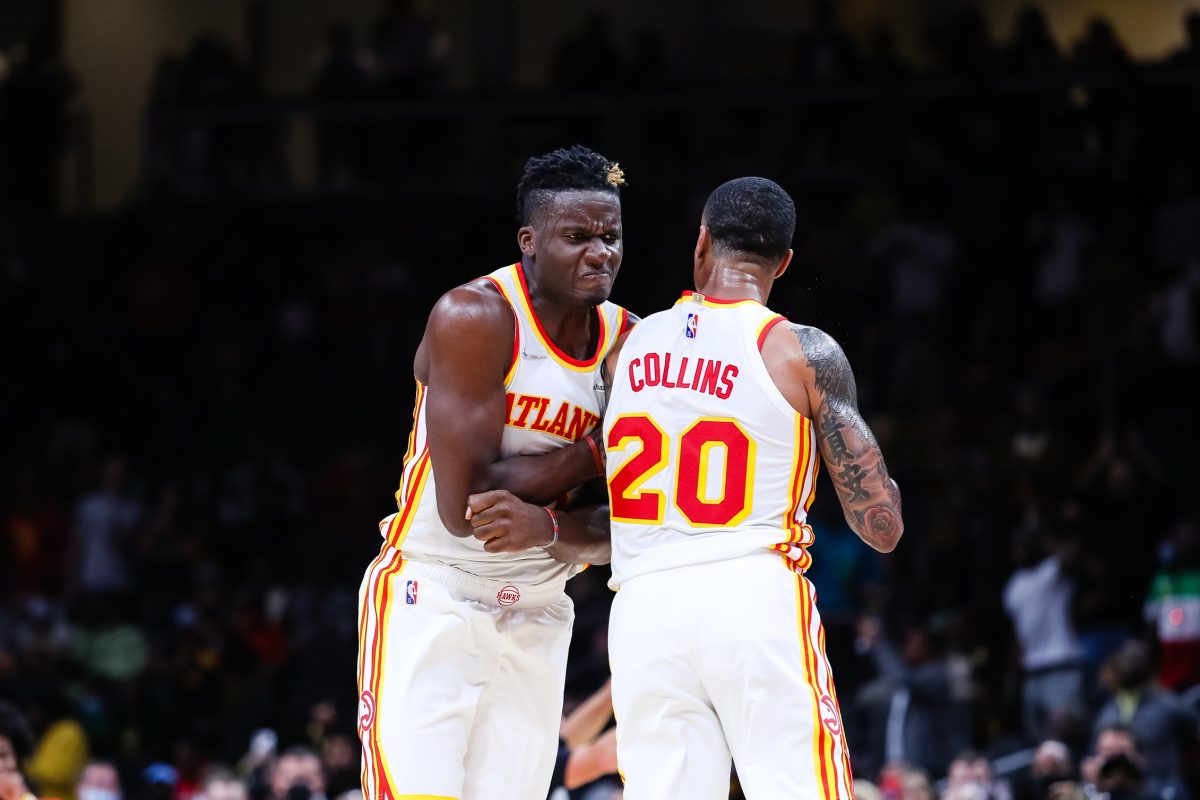 The Atlanta Hawks have gotten off to a nice start in the 2022-23 season, as they are 10-6 through 16 games. Despite that, it seems like there might be some changes on the horizon. Rival executives are reportedly monitoring the availability of veteran big men Clint Capela and John Collins.

Interestingly enough, it was recently reported that the Hawks have opened preliminary discussions regarding Collins, who is in his sixth season with the team.

“The Hawks have opened up preliminary trade discussions around forward John Collins, as interested teams inquire, league sources tell The Athletic,” wrote NBA insider Shams Charania. “The [Phoenix] Suns are a team showing desire in Collins, those sources have added, but they appear uninclined to take on the long-term money of Collins, who is in the second season of a five-year, $125 million contract. The Hawks don’t have an imminent deal in place involving Collins, those sources say, and executives around the league believe a potential deal will be weeks and potentially months in the making ahead of the Feb. 9 trade deadline.”

It will be interesting to see if the Hawks are more inclined to trade Capela or Collins. Capela continues to be the double-double machine that fans have become accustomed to seeing him be, as he is recording 11.5 points, 11.8 rebounds and 1.5 blocks per game this season.

Just last year, Capela agreed to a two-year extension with the Hawks. Because of that extension, he won’t become a free agent until the 2025 offseason.

His trade value might be a bit higher due to the fact that he’s tied up for some time. He has played well for the Hawks during his time there, but the Hawks might be ready to let Okongwu loose. The 21-year-old big man has backed up Capela during his three seasons in the league.

Many across the league believe the University of Southern California product has tons of potential, and it might be time for him to get some consistent run as a starter. In 10 career games as a starter, he has averaged 10.7 points and 7.9 rebounds per game.

Only time will tell what ends up happening, but it will certainly be worth it to keep an eye on things in Atlanta.