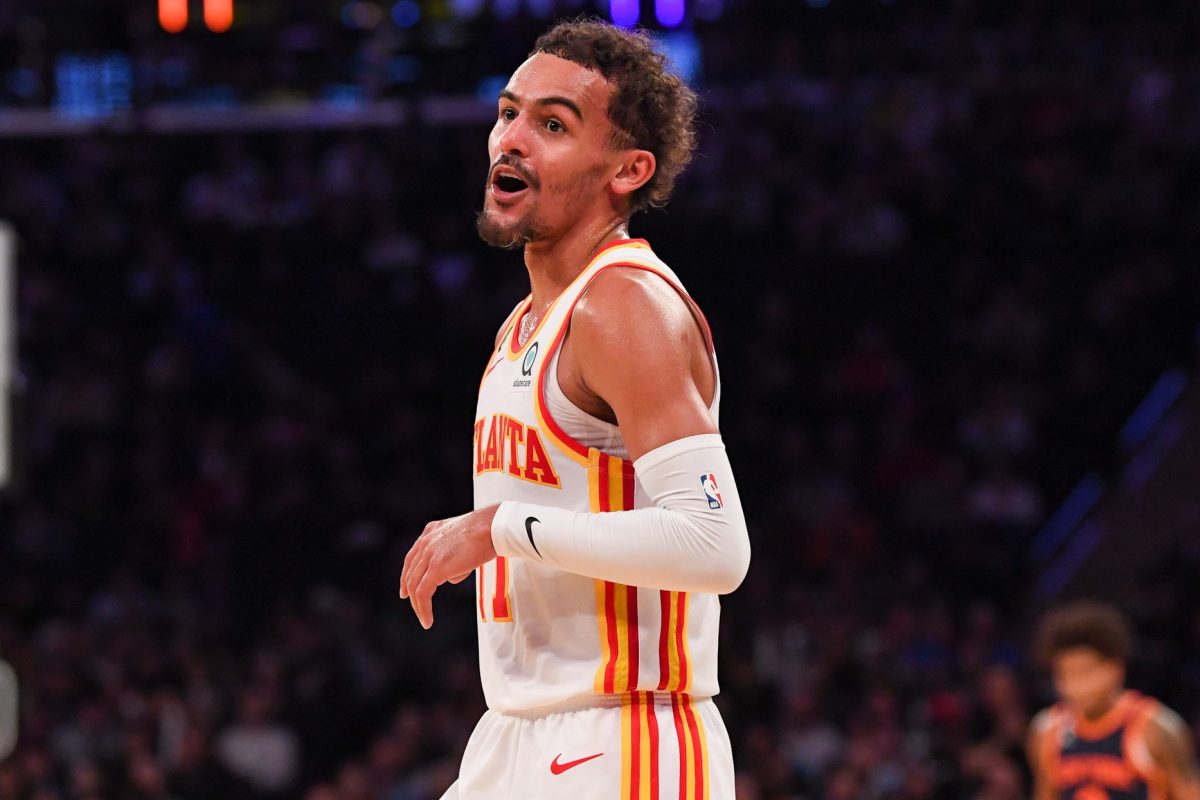 Matthews purchased the home and added some custom designs to it when he was a member of the Los Angeles Rams.

“Records show the Texas native, 24, who mainly splits his time between Atlanta and Oklahoma, has paid exactly $20 million for the sprawling Calabasas home of retired NFL linebacker Clay Matthews,” Dirt.com’s James McClain wrote. “The all-custom estate sits within the Estates at the Oaks, a double-gated community where other residents include Britney Spears, Kourtney Kardashian and Travis Barker.”

There are a ton of cool features in the home, including a wine cellar, movie theater and wood-paneled library with an 800-gallon aquarium and much more.

The new home will give Young yet another option for places to train in the offseason and a place for him to settle when he’s not playing for the Hawks.

Hawks fans shouldn’t worry about this signaling any move for Young, as the two-time All-Star recently signed a major extension with the team. Young is under contract in Atlanta through the 2026-27 NBA season.

Young and the Hawks are currently the No. 5 seed in the Eastern Conference this season with a 13-12 record.

An All-NBA selection last season, Young has struggled a bit with his shot in the 2022-23 campaign. The former first-round pick is shooting just 40.9 percent from the field and 28.9 percent from beyond the arc on 21.6 field goal attempts per game this season.

The team would certainly like to see Young improve his efficiency, but he’s still putting up solid numbers overall. The two-time All-Star is averaging 27.2 points, 3.0 rebounds and 9.5 assists per game on the season.

The Hawks are looking to contend this season after landing in the play-in tournament in the 2021-22 campaign. Atlanta made a major splash to improve the supporting cast around Young by trading for All-Star guard Dejounte Murray in the offseason.

Murray and Young are still getting used to playing together, but the addition gives the Hawks another player they can rely on to score and facilitate on a nightly basis.

While Young’s focus is with the Hawks and on the 2022-23 campaign, it’s possible we will get a look from him training or relaxing at his new home at some point next offseason.