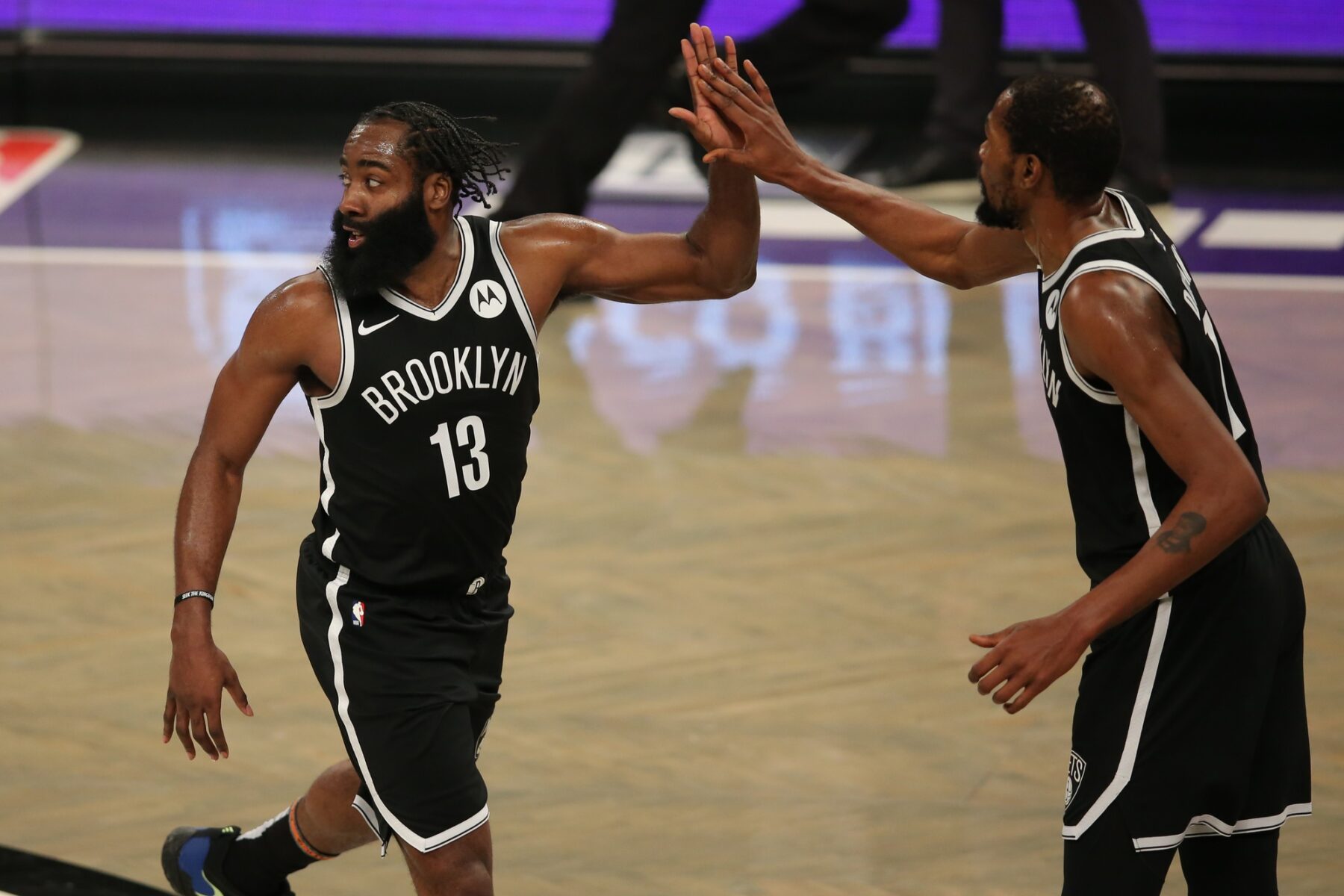 Superstar James Harden had a reputation of partying when he was the face of the Houston Rockets, and it looks like that reputation has followed him when he was traded to the Brooklyn Nets earlier this season.

With All-Star Weekend fast approaching, an adult site has apparently offered Harden and the Nets and opportunity to enjoy a digital strip club in lieu of attending the real thing.

Letter to Nets owner below. pic.twitter.com/TFh1fAFn7M

Typical All-Star festivities tend to produce many stories of some of the league’s biggest stars showing up at night clubs, strip clubs and more.

That will certainly not be the case this season, as the NBA continues to uphold strict restrictions due to COVID-19.

Luckily, it looks like Harden and his All-Star teammates, Kyrie Irving and Kevin Durant, will at least have the opportunity to enjoy a new type of All-Star party.

That is, if the Nets organization allows them take advantage of CamSoda’s unique offer.