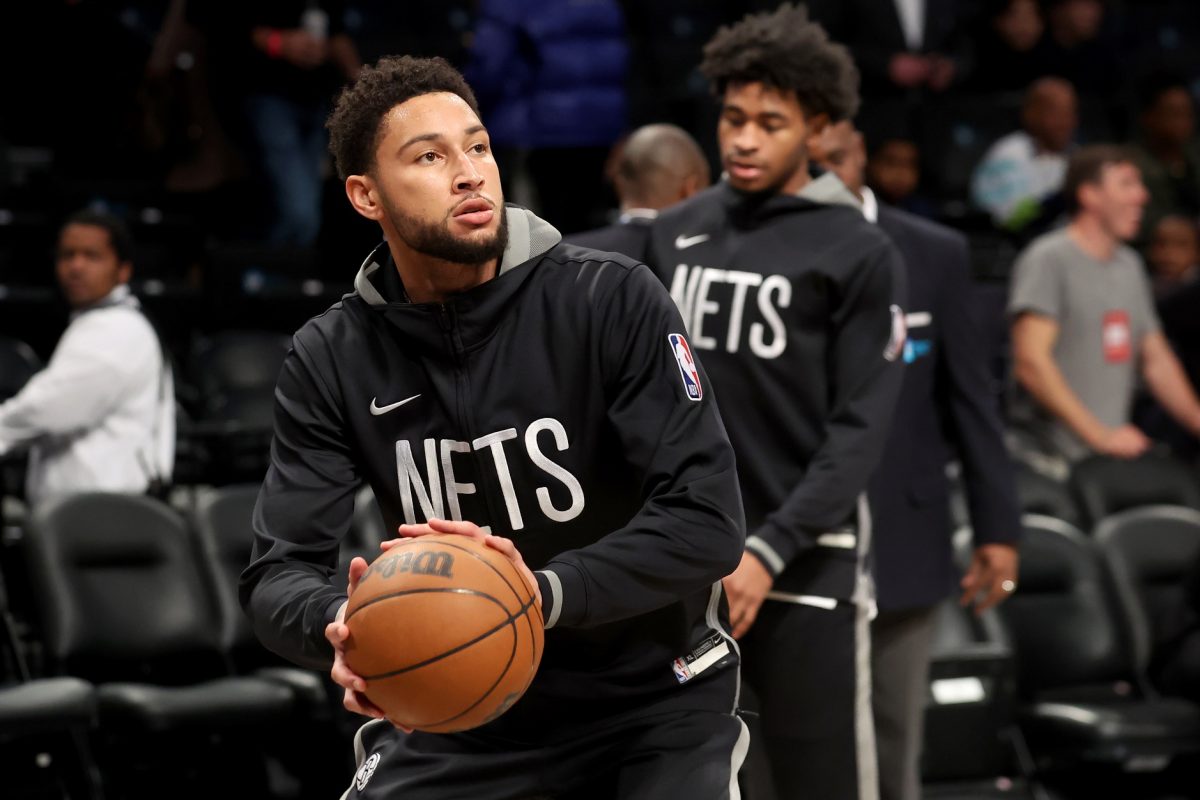 Brooklyn Nets star Ben Simmons missed the entire 2021-22 season, but he is now healthy and ready to play alongside Kevin Durant and Kyrie Irving this season.

Simmons, who had a bit of an ugly exit from the Philadelphia 76ers last season, was traded by Philly in the James Harden deal. While the Nets were hoping Simmons would be able to help them make a playoff run last season, a back injury kept him out for the entire 2021-22 campaign.

Now, Simmons is preparing to return to action, and the three-time All-Star told ESPN’s Nick Friedell that he “can’t wait” to face the Sixers in Philly on Nov. 22.

“F—, I can’t wait to go there, yeah,” Simmons said. “But for me, everything’s an experience and a learning situation. So for me I’m able to learn something that I’ve never been through before. I’ve never been traded and played against a team that I got traded from. Kev has, Ky has, a lot of guys have, but I’ve never been in that situation so — you have to go through it. Ky went back to Boston, and he didn’t play well, but it’s a lot. We’re people, too. We want to go out there and prove everyone wrong.”

Last season, Brooklyn earned the No. 7 seed in the Eastern Conference after beating the Cleveland Cavaliers in the league’s play-in tournament. However, the Nets were swept by the Boston Celtics in the first round of the playoffs.

Adding Simmons to the lineup should immediately help the Nets, as he’s an elite defender when healthy and should take some of the playmaking load off of Durant and Irving on offense.

After the way his time in Philly ended, the Nets star knows that it could be a hostile environment in November. However, he isn’t giving up on his relationship with Philly changing over the course of his career.

“Who knows?” Simmons said. “I can’t predict the future. I would have never told myself this would have gone this way at the start of my career. Who knows if in four or five years I end up going back? I don’t know. It could be a whole different situation, but for now I don’t want to make my mind up and say it’s not possible for anything to change.”

The Nets and Simmons open their 2022-23 regular season on Wednesday, Oct. 19 against the New Orleans Pelicans.