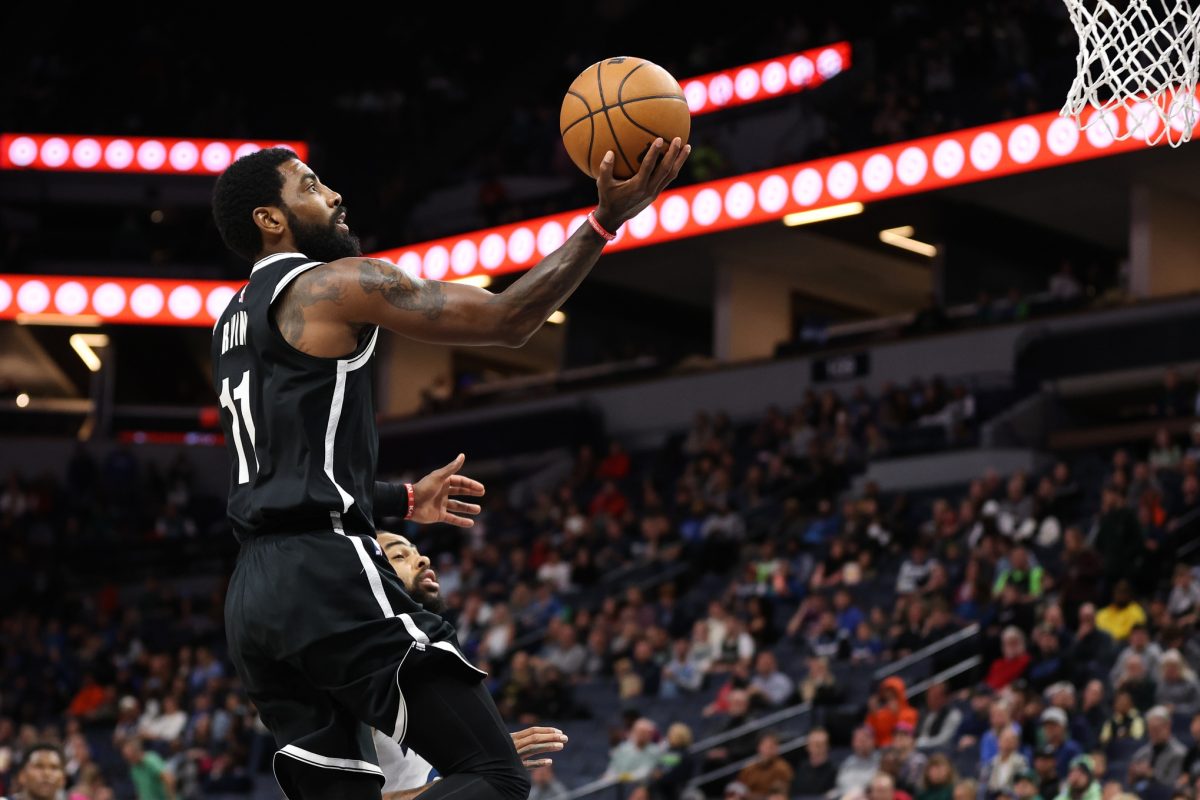 The Brooklyn Nets’ extremely talented roster almost fell apart this offseason, but with the start of the season just two days away for the squad, its superstar core is still intact.

At times, that seemed like a very unlikely outcome, but the Nets are heading into the season with Kevin Durant and Kyrie Irving still leading the way. Ben Simmons is ready to roll as well.

Irving will be an interesting player to watch this season after he appeared in just 29 games in the 2021-22 regular season. Some Nets fans are likely unsure of whether or not the veteran can be relied on.

However, Nets center Nic Claxton has no shortage of confidence in Irving. The big man recently stated that he believes Irving can win league MVP and Finals MVP honors.

“I think he can be MVP, he can be Finals MVP, whatever he puts his mind to he can do it,” Claxton said.

It’s certainly a bold statement by Claxton, but it’s always good for teammates to have confidence in each other.

There’s no doubt that Irving is capable of accomplishing some impressive feats. What’s unclear is whether he’ll stay on the court enough to give himself the opportunity to do so.

The Duke University product is averaging just over 34 games played per regular season since the start of the 2019-20 campaign.

Although Irving was unavailable for much of the 2021-22 campaign, his production was impressive from a statistical standpoint. He averaged 27.4 points, 4.4 rebounds and 5.8 assists per game while shooting 46.9 percent from the field and 41.8 percent from beyond the arc.

Irving has never won league MVP or Finals MVP honors. He did win an NBA title in the 2015-16 season with the Cleveland Cavaliers, but the Finals MVP award in that series went to LeBron James.

The Nets would love to be in the title discussion this season. Brooklyn is obviously very talented, but the group is going to need to build some chemistry and figure out a winning formula if it wants to leave its disappointing 2021-22 season in the past.

The Nets will open their season on Oct. 19 against the New Orleans Pelicans at home. Time will tell if this ends up being a special season for Irving and the rest of his squad.