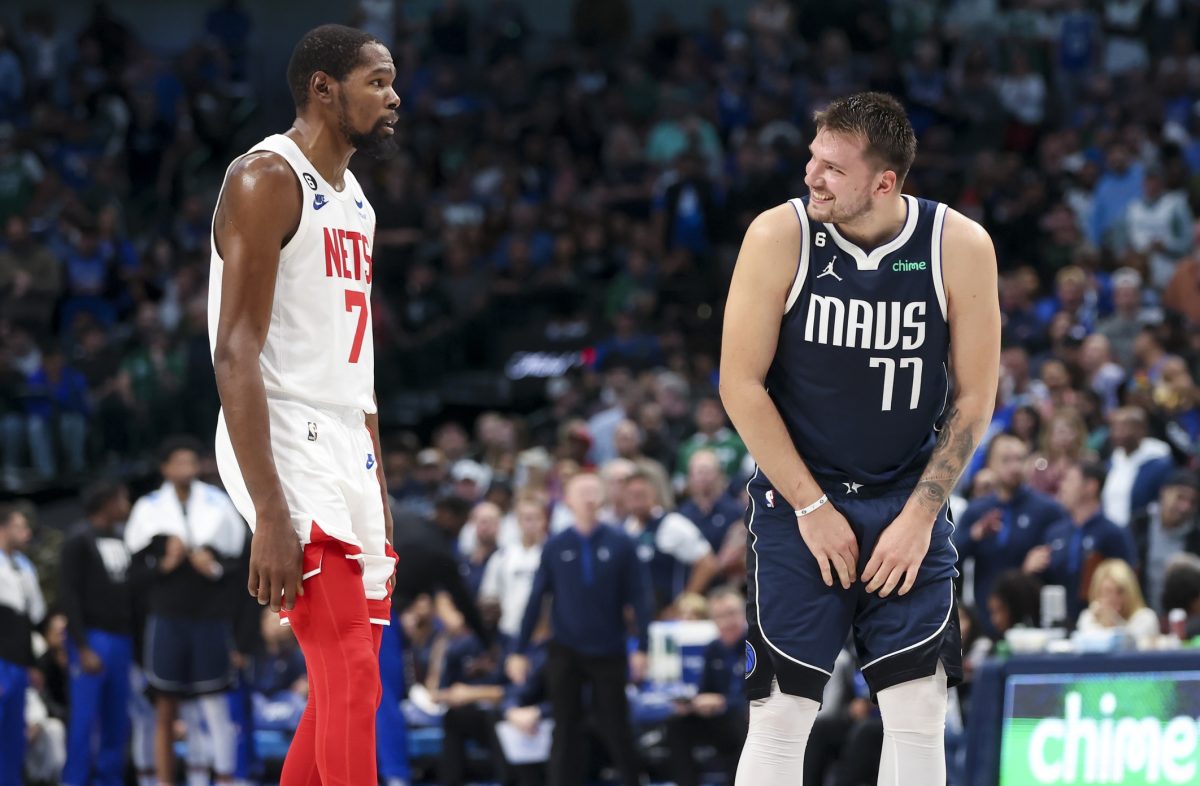 Broussard believes Doncic is currently better than Durant, and he also thinks that the 23-year-old will accomplish something Durant “never” has: lead his own team to the promised land.

Is Luka on track to have a better career than KD?

"Absolutely. He's better than Kevin Durant [now]. Giannis is the best player in the world. Luka is second. … KD has never led his own team to a championship, and I think Luka will – multiple times." — @Chris_Broussard pic.twitter.com/ctG26INMr6

Durant is a two-time NBA champion, though the legitimacy of his rings is often brought into question. He won both of his titles with the Golden State Warriors, a team that went 73-9 the season before he came over.

The veteran won titles with the Warriors in 2017 and 2018. Since those Warriors teams had so much superstar talent, some question whether the organization even needed Durant to win those titles.

Regardless, the 12-time All-Star produced at a very high level with Golden State and took home Finals MVP honors in both of those title seasons.

Broussard thinks that Doncic will eventually lead his own team to multiple titles, and the Mavericks are certainly hoping that’ll happen while the superstar is still with them. He’s under contract with Dallas through the 2026-27 season, so there’s plenty of time for the organization to build a championship roster around him.

Based on the way Doncic’s NBA career has gone so far, it’s reasonable to think that he’ll accomplish some wildly impressive feats during his time in the league. He’s in his fifth season at the NBA level, and he’s arguably the best offensive player in the league already.

This season, the three-time All-Star is averaging a whopping 36.0 points, 8.4 rebounds and 8.3 assists per game. He’s shooting 52.4 percent from the field and has the Mavericks sitting at 6-3 so far.

Of course, it’s important to consider the fact that Durant isn’t done adding to his resume. He’s currently trying to help the Nets save their season and become title contenders again.

If he were to lead Brooklyn to an NBA title before the end of his time with the organization, perhaps Broussard would reconsider his take. At 34 years old, Durant is past his prime, but he’s still producing at a very high level.