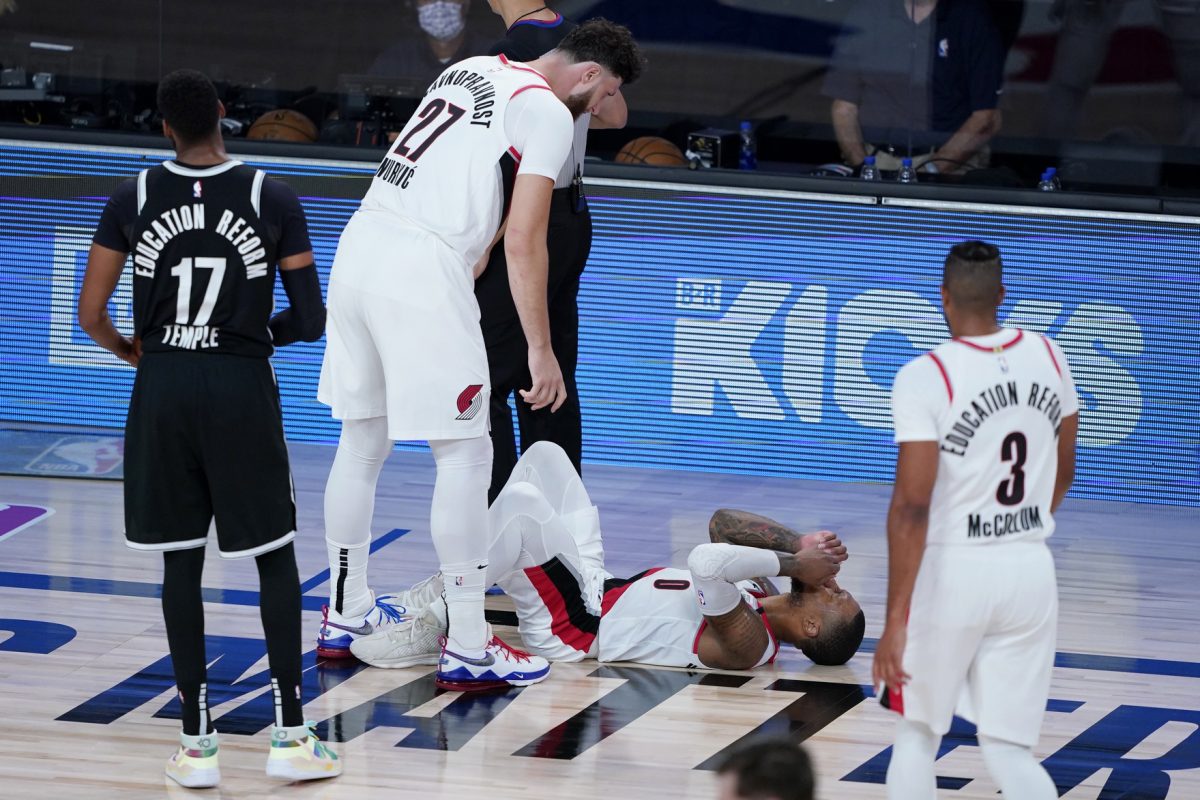 On Thursday, the Portland Trail Blazers squeaked by the Brooklyn Nets in a 134-133 shootout to qualify for the NBA’s first-ever play-in tournament.

Even after the final buzzer, Blazers superstar Damian Lillard still had his game face on.

Lillard gave it his all. pic.twitter.com/bMfypWKsPS

My @NBAonTNT “walkoff” interview with @Dame_Lillard after leading his team to the play-in round following 42 points and 12 assists. pic.twitter.com/EByYDTsvgL

Portland started the season 5-12 despite possessing one of the finest backcourts in basketball. But with the help of Carmelo Anthony and the return of Jusuf Nurkic, it has managed to keep its playoff hopes alive.

The Blazers will face the Memphis Grizzlies in the play-in tournament on Saturday. Memphis will have to win two games in a row over Portland to get the eighth seed in the playoffs, but if Portland wins either the first or second game, it will make the postseason instead.

Lillard has been arguably the best player in the league since entering the bubble. Coming into Thursday’s contest he was averaging 37.0 points and 9.3 assists a game in Orlando, Fla.

To put Portland over the top, he had 42 points and 12 assists against Brooklyn. Just two days ago, Lillard had 61 points against the Dallas Mavericks in a three-point win.

If the Blazers do indeed make the playoffs, they may have a puncher’s chance at becoming only the second No. 8 seed in NBA history to reach the NBA Finals.