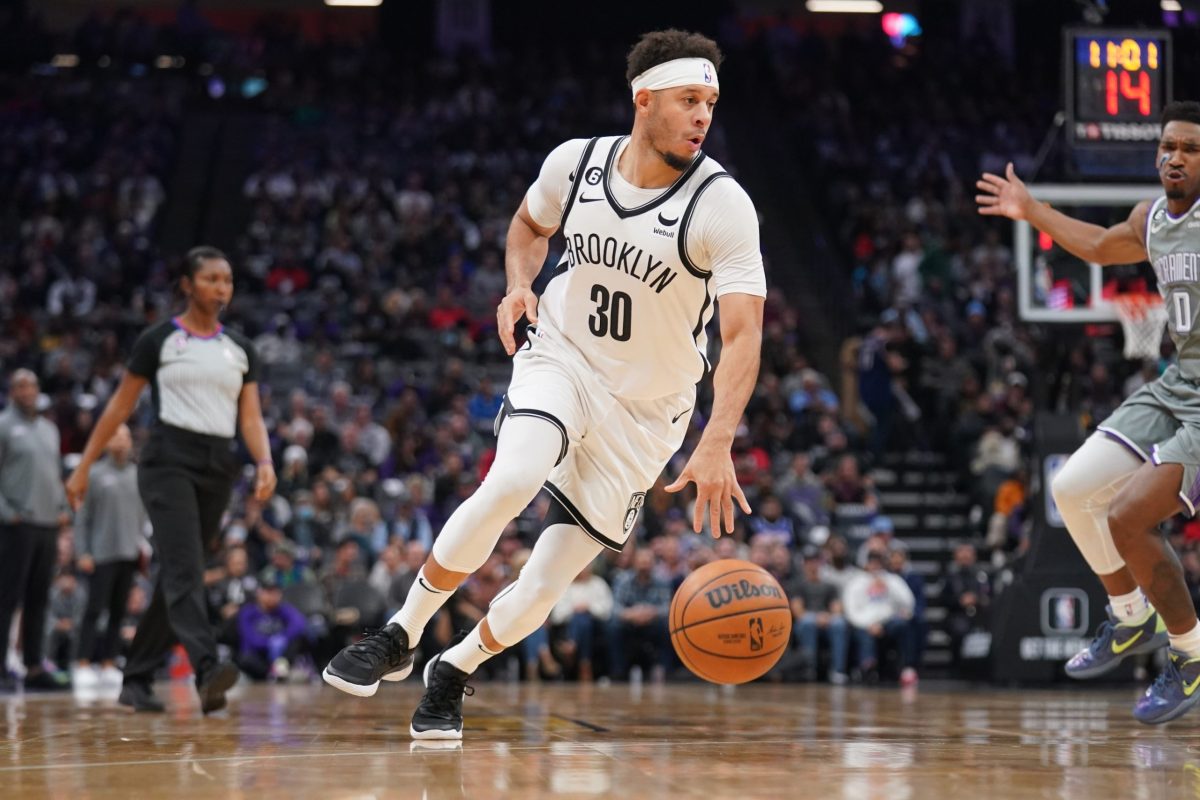 Philadelphia 76ers head coach Doc Rivers has dealt with a lot of unique circumstances in his NBA career. One of the most unique was when he ultimately traded away Seth Curry to the Brooklyn Nets as part of the deal that brought star James Harden to Philadelphia.

The specific reason why that was such a tough decision for Rivers was because Curry is Rivers’ son-in-law.

Curry married Rivers’ daughter Callie back in 2019, and the elder Rivers recently admitted that his daughter tried to convince him not to include Curry as part of the deal. He looked back at the strange situation during a guest spot on “Back On the Record with Bob Costas.”

“Trading Seth, I had to deal with my daughter … who had two young babies. That’s a completely different thing,” Rivers explained. “The night before, because there was a rumor it was going to happen, I get a call from my daughter. ‘Listen! Are you gonna do it or not?’ And I said, ‘You know, Callie, I can’t…’ [She says], ‘I’m your daughter!’ I said, ‘Well, Callie, I don’t know. I can’t…’ ‘I’m your daughter!’ That was a tough one.

“Well, she ended up in Brooklyn and she is the happiest ever. And for me, I can still get in my car and in 90 minutes, I can be in Brooklyn, so it turned out okay.”

Curry played with the 76ers for the entire 2020-21 season as well as a portion of the 2021-22 season before being sent to the Nets in the deal. During his time with the franchise, he started in all 102 games he appeared in and averaged 13.6 points, 3.3 assists and 2.8 rebounds per game.

There were many 76ers fans with no familial relation to Curry who were sad to see him go. He was an integral member of the roster prior to the trade.

Of course, Doc Rivers is not the only relative that Curry has in the NBA ranks. His older brother Stephen is one of the faces of the league and a four-time NBA champion with the Golden State Warriors.

Though Seth Curry will never reach the status of superstar that his older brother has, he is still widely considered to be one of the better 3-point shooters in the league.

He’s hit an impressive 43.9 percent of his 3-point shots in his NBA career.

So far in the 2022-23 season, both the 76ers and Nets have been somewhat disappointing. The Nets currently sit at the No. 12 seed in the Eastern Conference with a record of 6-9.

The 76ers are fairing just marginally better and are the No. 9 seed with a 7-7 record. Though the two sides have yet to meet yet this season, their first of four matchups is set to take place just over a week from now.

On Nov. 22, the 76ers will host the Nets in what is sure to be a spirited affair.

Former 76ers player Ben Simmons is likely to receive a chorus of boos in that game, but Seth Curry is sure to receive nothing but cheers from the loyal and passionate 76ers home crowd.