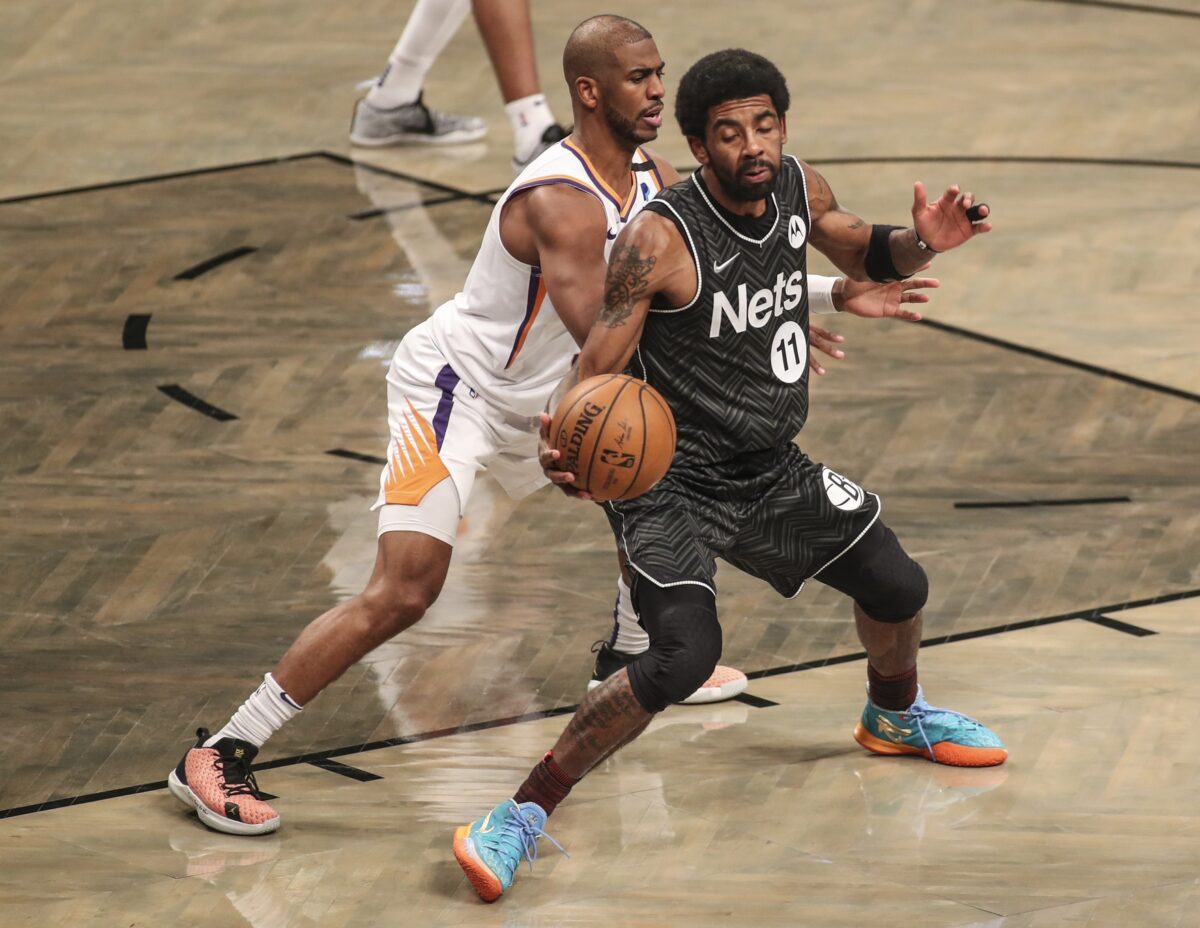 Hall of Fame point guard Isiah Thomas believes that Kyrie Irving, Kevin Durant, James Harden and Chris Paul are all in the conversation for MVP this season.

“You can’t ignore what Kyrie Irving has done this year.”

Irving has helped lead the Brooklyn Nets to the No. 1 seed in the Eastern Conference so far this season despite injuries to both Durant and Harden.

It is hard to consider Durant an MVP candidate since he has only appeared in 25 games, and Harden is likely to miss a significant chunk of time with a hamstring injury.

This season, Irving is averaging 27.3 points, 5.0 rebounds and 6.5 assists per game to lead the Nets.

He and Paul, who has helped lead the Phoenix Suns to a 42-18 record, should be in the conversation for the league’s most prestigious award.

Paul was traded to Phoenix this past offseason and has instantly turned the Suns into title contenders.

This season, the Suns seem to be a lock for a top seed in the West, and Paul is averaging 16.0 points, 4.6 rebounds and 8.7 assists per game.

While Thomas may have these four as some of his top candidates, Joel Embiid, Nikola Jokic, Stephen Curry, Giannis Antetokounmpo and others will be in the mix for the award as well.