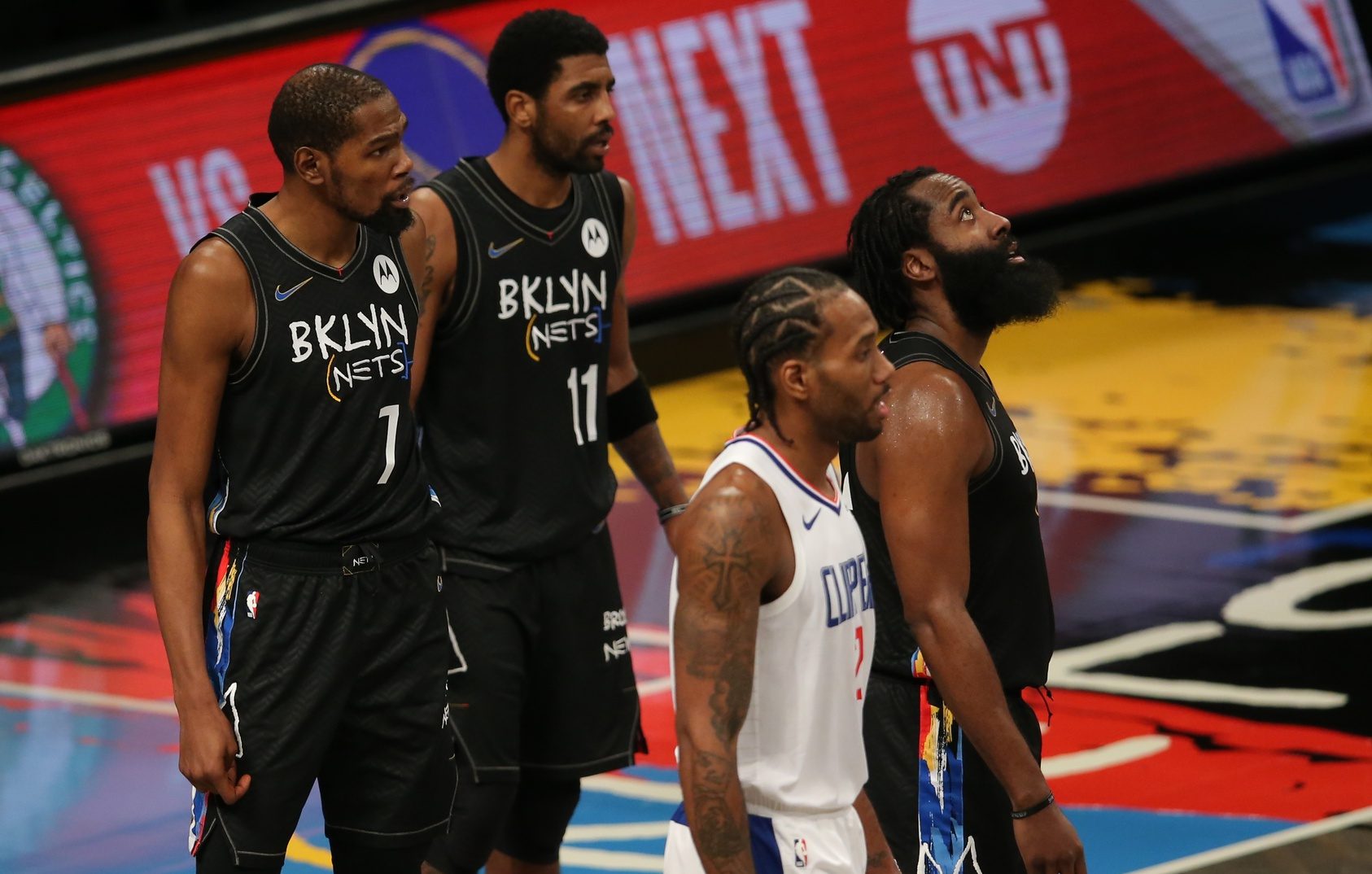 ESPN’s Kendrick Perkins told his colleague Stephen A. Smith he believes Kevin Durant and James Harden have been too easy on teammate Kyrie Irving regarding his vaccination stance and how it affects the team.

“The guys that are in that are in the locker room for the Brooklyn Nets, they’re soft,” Perkins said. “They’re soft, starting with KD and James because if they had any type of umph about themselves, they would actually say, ‘Hey dog, look here man this is what’s going on.’ I don’t want to hear from KD in the interview saying, ‘Oh man, Kyrie a grown man, we have to respect his decisions.’ No, call him out.”

Irving made his season debut for the Nets earlier this month against the Indiana Pacers and has played four games for Brooklyn this season. The veteran guard is still unable to play home games for his team due to vaccination guidelines in New York.

The star point guard is averaging 20.0 points, 5.5 rebounds and 5.0 assists per game for Brooklyn this season. The Nets are 2-2 with Irving on the floor this season after losing to the Cleveland Cavaliers on Monday. Brooklyn would benefit from having their star guard full time this season, especially since Durant went down with a MCL injury recently.

Despite missing one of their three key stars for most of the season, Brooklyn has contented for a top spot in the Eastern Conference for much of the year. The Nets are 27-16 this season and are back in action on Wednesday against the Washington Wizards.