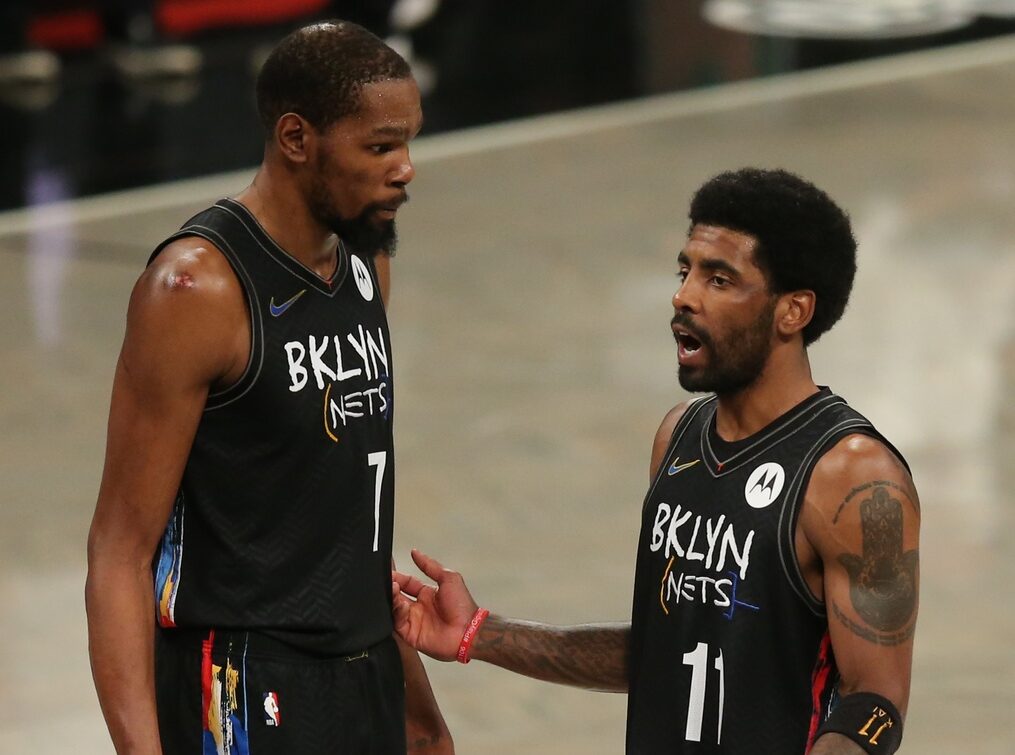 “I just think people don’t like Kyrie because he wanted to leave Cleveland, and he wanted to leave Boston,” Durant said. “I don’t think it’s any deeper than that. He doesn’t harm anyone. He hasn’t said anything that’s disrespectful to anybody. His game is beautiful to watch. I just think people don’t like the decisions on where he chooses to play.

“They sorta amplify everything, cause everybody in this league has their s—. They may say something over the course of six months that everybody may not agree with. That’s just the nature of our business. You know, when you’re that good at what you do, everything is a little amplified, and sometimes it’s a little extra.”

Irving and Durant decided to team up in Brooklyn ahead of the 2019-20 NBA season even though Durant was out with a torn Achilles.

Fans have criticized Irving after he requested a trade from the Cleveland Cavaliers and LeBron James.

Irving was dealt to the Boston Celtics, but he left in free agency to join the Nets.

Irving and Durant are now focused on bringing a title to Brooklyn, but they fell short last season after Irving injured his ankle in the second round of the playoffs against the Milwaukee Bucks.