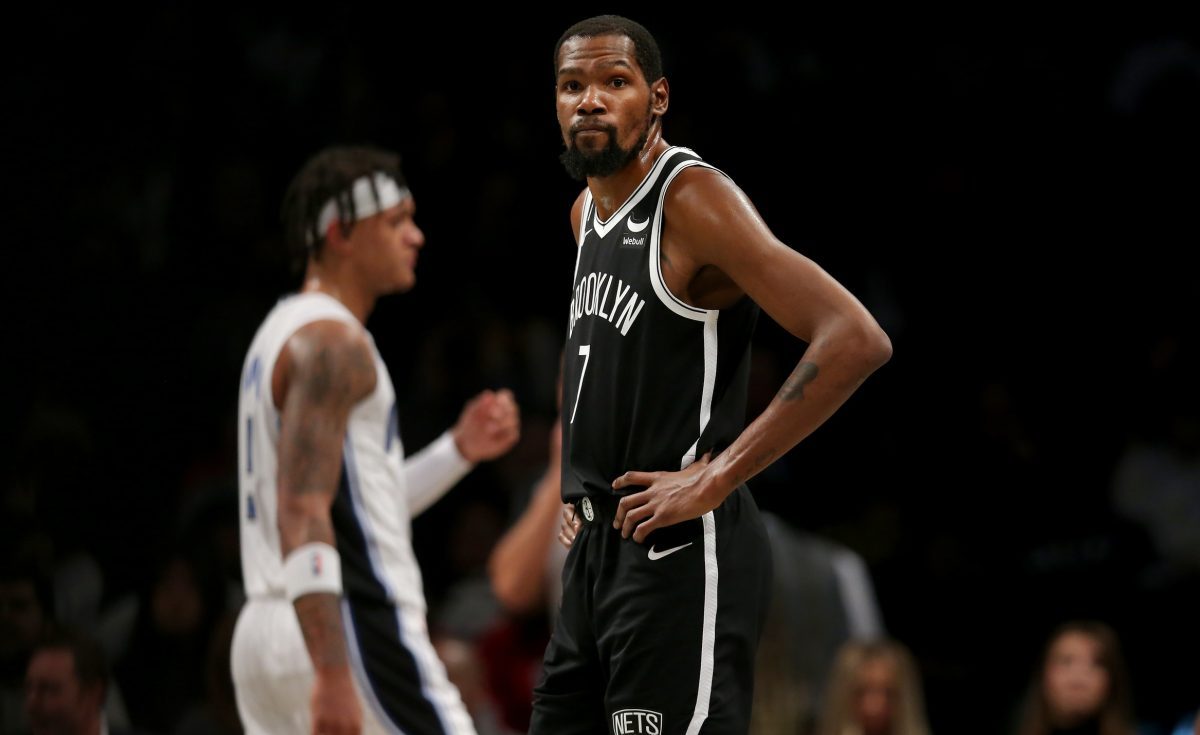 Though no NBA fan would deny that Brooklyn Nets superstar Kevin Durant is one of the best players in the league, the one-time MVP is the subject of a lot of jokes online.

Part of the reason why is because Durant is very active online and on social media, and he has been known to even trade barbs with fans and members of the media for all to see.

One of the common cracks that is made at Durant’s expense has to do with his “ashy” skin.

It’s crazy how we can instantly recognize some players just by looking at a picture of their leg 😨😭 pic.twitter.com/bhkUo1W3Ot

During a recent interview, Durant addressed the jokes.

“I’m ashy,” Durant simply said when asked what the funniest thing he’s heard about himself on the internet.

Though Durant has seemingly had some moments in his career when his emotions have gotten the better of him, he is able to be a pretty good sport about being the center of jokes and lighthearted ridicule.

On the court, Durant is having yet another masterful season. Though he requested a trade from the Nets during the 2022 NBA offseason, the two sides have seemingly ironed things out for the time being.

Even if things aren’t perfect for Durant behind the scenes in Brooklyn, one wouldn’t know from looking at his stat lines this season.

At the moment, the Nets as a whole are fairing okay. They’re 13-12 on the season and currently in the No. 6 seed in the Eastern Conference. If the regular season ended today, the Nets would be the final team to get into the playoff bracket without having to take part in the play-in tournament.

Still, that isn’t exactly what the Nets had in mind when the team acquired Kyrie Irving and Durant a few years ago. Since teaming up, the two haven’t enjoyed lots of major success.

To make matters worse, they have both been at the center of various controversies. Though, Irving’s controversial moments have been far more explosive than those of Durant.

It will be interesting to see if the two stars and Nets can put all the drama behind them and enjoy a successful season.