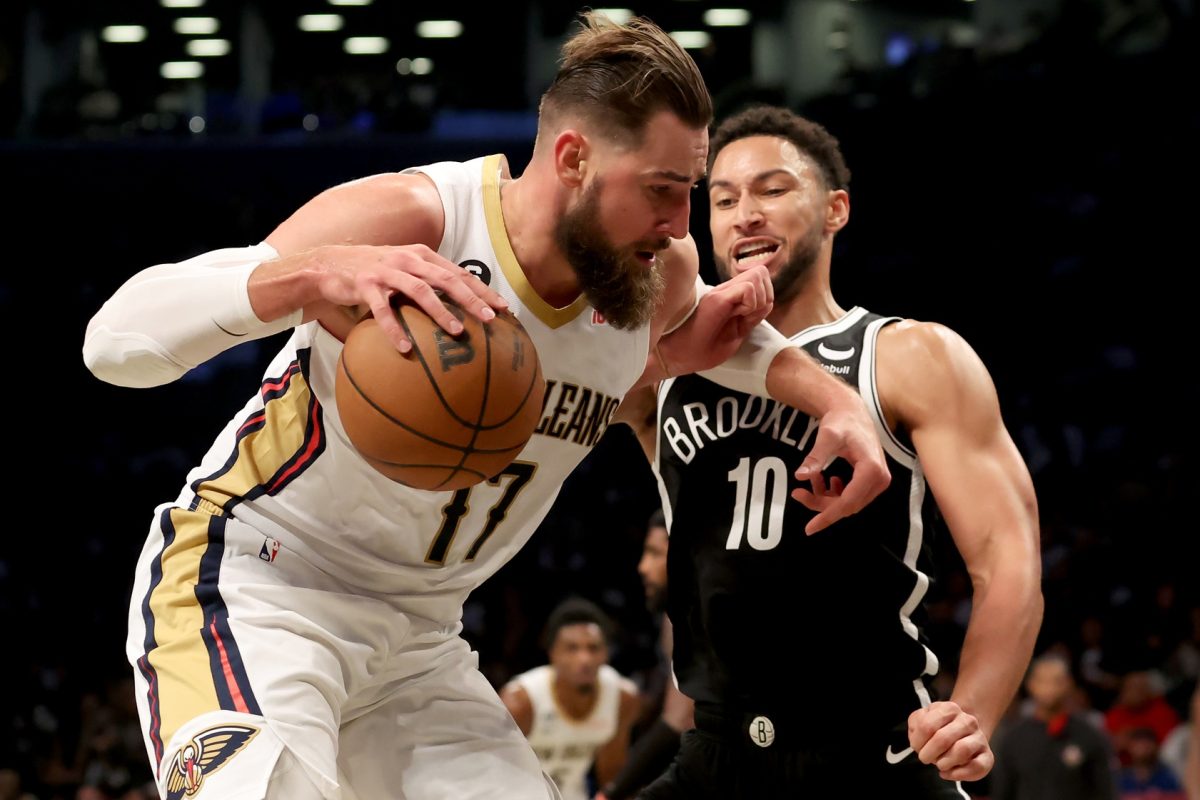 Ben Simmons finally made his regular season debut for the Brooklyn Nets on Wednesday night, and it was something Nets fans want to quickly forget.

In 23 minutes of playing time, he recorded just four points, five rebounds and five assists. He likely would have logged more playing time had he not fouled out of the game. The Nets looked abysmal in a 130-108 blowout loss at the hands of the New Orleans Pelicans.

Following the game, Simmons’ star teammate Kyrie Irving made it clear that fouling out of a game is “not an option” because of how important the 26-year-old is to the team.

Kyrie Irving on Ben Simmons fouling out: "As we told him in the locker room, he's a valuable piece for us and we need him out there. And fouling out is not an option. Playing aggressive is something that we want him to do, but we also want to play smart." #Nets #NBA

Given the extended time away that Simmons was from the basketball court, it is perhaps not all that shocking that he struggled in his first game back. Before Wednesday, the last time he played meaningful NBA basketball was in the 2021 playoffs.

He missed the entire 2021-22 NBA season, sitting out the first portion of the season with the Philadelphia 76ers and then finishing the rest of the campaign on the sidelines after he was traded to the Nets prior to the trade deadline.

Though Simmons certainly did not look great in his season opener on Wednesday, the hope is that he will eventually return to the top of his game. For his career, he has averages of 15.9 points, 8.1 rebounds and 7.7 assists per game.

He’s also proven to be an elite defender when he is locked in and can use his 6-foot-10, 240-pound frame to defend every position on the court effectively.

However, getting back to being the player that went to three straight All-Star games is obviously easier said than done. It is hard to know when he’ll really start feeling comfortable on the court again.

As for Simmons’ teammate Irving, he didn’t have a very inspiring outing on Wednesday night either. In 34 minutes of playing time, he recorded just 15 points, five assists and two rebounds. He logged two steals, but coughed up the ball twice as well. He shot just 31.6 percent from the field in the game.

Though the Nets have enough talent on their roster to be contenders, they certainly didn’t look like a great team in their season opener. They’ll get another crack at it on Friday night when they take on the 1-0 Toronto Raptors.