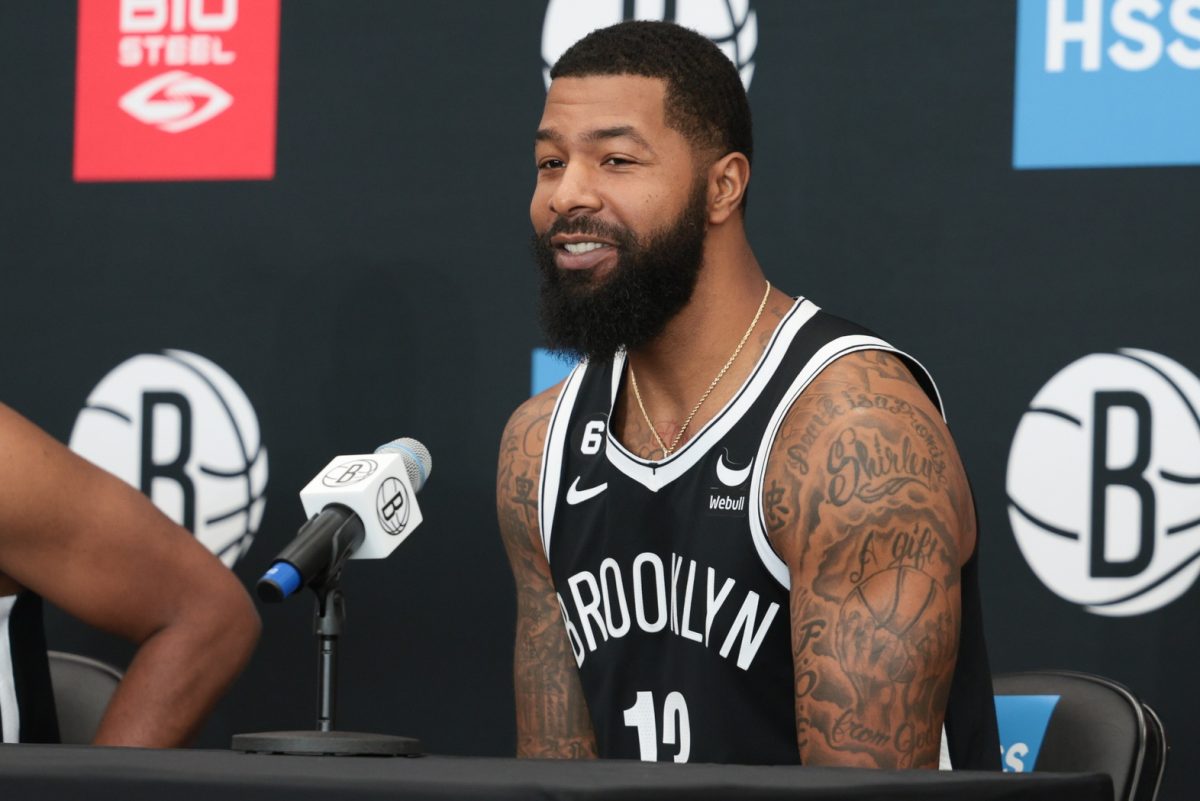 If there is one team with the most pressure on it heading into the 2022-23 NBA season, it is arguably the Brooklyn Nets.

The Nets were seen as one of the strongest title contenders at the start of the last season thanks to stars Kevin Durant, Kyrie Irving and James Harden.

What took place instead was a truly mediocre season that saw Irving miss over half the season due to COVID-19 restrictions and Harden get traded away midseason.

The Nets ended up having to advance through the play-in tournament to get into the playoffs. They wound up losing in a 4-0 sweep to the Boston Celtics in the first round.

Now, Durant, Irving and fellow star Ben Simmons are entering the 2022-23 season with something to prove. However, they are not the only players on the team.

Veteran Markieff Morris joined the team this offseason and seems determined to add some much-needed toughness.

"Just go out there and play hard, knock somebody on the ground. Kick them in their ass, see if they’ll get up. Then you’ll know.”@Keefmorris on the @BrooklynNets https://t.co/gRAXqkVTFH

Morris spent his 2021-22 season with the Miami Heat, but unfortunately only played 17 games in the regular season after suffering an injury following a cheap shot to the back in a game against the Denver Nuggets.

Nikola Jokic clobbers Markieff Morris from behind late in the fourth quarter and things get intense. pic.twitter.com/9RclknqIKB

Luckily, it looks like Morris has made a full recovery from that injury and is ready to lay the lumber once again. He’s always been known as an enforcer in his career and figures to contribute well to the Nets this season.

Right now, Morris figures to operate in a rotational role in the frontcourt. It is possible that he could get some starter minutes as well, but that won’t really be known until the season starts.

He hasn’t been a consistent starter since much earlier in his career and has served primarily as a backup since 2018. Still, that does not mean that his toughness and competitive approach to the game won’t have a positive impact on the roster all the way up the line.