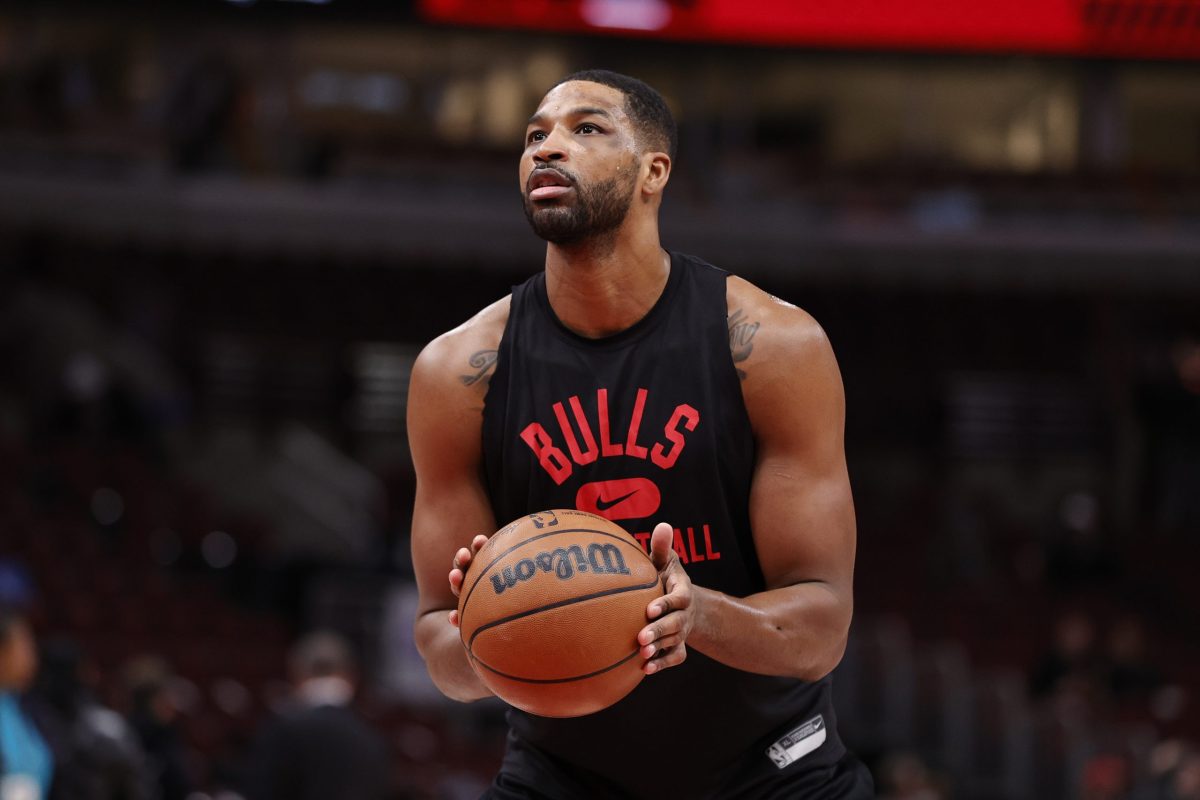 Now that the Brooklyn Nets know for certain that superstar forward Kevin Durant will be on the roster for the upcoming 2022-23 NBA season, the team’s front office can finally start rounding out the roster.

Of course, ever since Durant first requested a trade a couple of months ago, the team has been somewhat handcuffed. Now, those cuffs are off.

In a recent rumor, veteran big man Tristan Thompson has been pegged as a potential target for the Nets.

“The Nets are looking to add a veteran backup center, league sources told HoopsHype,” Michael Scotto wrote. “One free-agent center to keep an eye on is Tristan Thompson, HoopsHype has learned.”

Thompson spent the first nine years of his career with the Cleveland Cavaliers, and he played an important role for many of the Cavs teams that advanced to the NBA Finals with LeBron James at the helm. He averaged 9.4 points and 8.7 rebounds per game with the club.

Since his tenure with the Cavs ended in 2020, he’s become something of a journeyman. In the last two seasons alone, he’s suited up for the Boston Celtics, Sacramento Kings, Indiana Pacers and Chicago Bulls.

If he were to join the Nets in the coming months, it would certainly be the best shot he’s had at winning another title since the Cavs took the prize in 2016.

One thing that is important to note is that Thompson has a long history with Nets guard Kyrie Irving. The two were drafted in the top five by the Cavs in the 2011 NBA Draft.

Perhaps part of the reason the Nets want to add Thompson has to do with his long relationship with Irving.

Of course, Irving had a rather tough time last season. He was forced to miss many Nets home games due to his decision to not get the COVID-19 vaccine. The decision also made him something of a pariah in the eyes of many NBA fans.

One final note has to do with somewhat recent comments Thompson made about the Nets when he was a member of the Celtics. Back in 2021, Thompson issued a fiery message about the Nets’ supposed swagger as a superteam.

“I mean, listen, give a team with Kevin Durant, James Harden and Kyrie Irving, you better step on the court feeling good about yourself. But we don’t give a s— about that. I think they put their socks on, their shoes on just like us. So we’re not intimidated or anything like that. That swagger thing, I don’t even know, I don’t even know how to answer that.”

Surely, if Thompson joins the squad, he’ll look to add to the Nets’ swagger that’s been roughly tested this offseason.