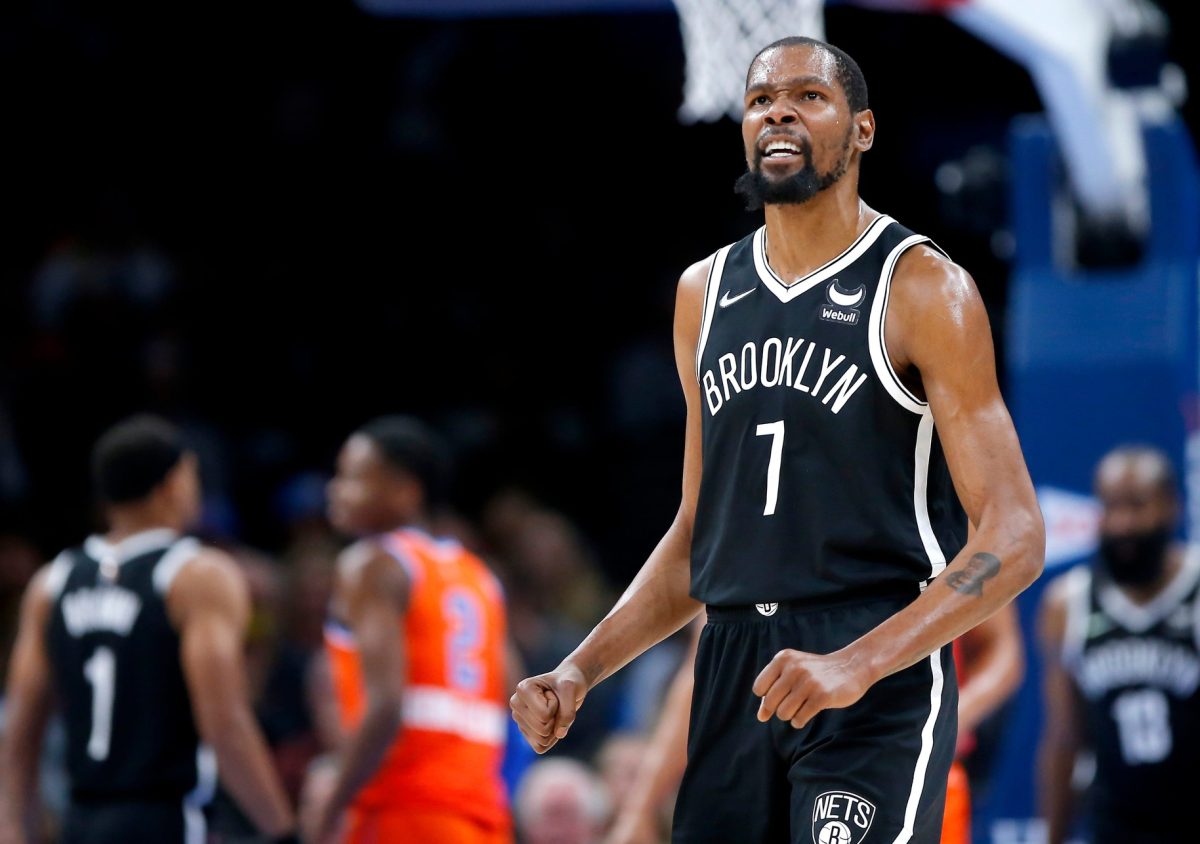 One of the more perplexing stories of the 2022 NBA offseason so far has been the ongoing trade drama regarding Brooklyn Nets star Kevin Durant.

The reason why it is so perplexing is because while Durant requested a trade nearly two months ago, very little movement has been done on the team’s end to actually get a deal done.

In fact, according to a recent report, the Nets feel no “urgency” when it comes to moving Durant despite his continued desire to play elsewhere.

“10 days ago, Kevin Durant and Joe Tsai met in London,” ESPN’s Brian Windhorst recently reported. “Durant really tried to apply the pressure by asking for Steve Nash and Sean Marks to get fired. And guess what has happened? Nothing. Nothing has happened. The dynamic around Kevin Durant hasn’t changed at all. There hasn’t been an urgency in trade talks. There hasn’t been a change in strategy by the Brooklyn Nets.

“I think what we have here is really a study of leverage. First off, the Nets do not have leverage in trade talks with other teams. They are not giving them the offers that they want. They see no reason to increase them. And so they’re not making any progress there. And Kevin Durant clearly does not have leverage with the Brooklyn Nets. He is asking for things: ‘Get me traded. Fire the coach. Fire the GM.’ He is being told no. So when you have denied leverage, you have a stalemate.”

As NBA fans know quite well, Durant is one of the most talented and skilled players currently in the league. Though he is getting up there in age and will turn 34 years old late next month, he is still perceived to be one of the players that can be the best player on a championship team.

Still, that wasn’t nearly enough to get the Nets deep into the playoffs. The team had to win in the play-in tournament just to join the official bracket, and they then lost in a sweep to the Boston Celtics in the first round of the playoffs.

While Durant clearly still wants out of Brooklyn, it looks like the stalemate is still very much alive. Only time will tell how this odd offseason drama changes going forward.