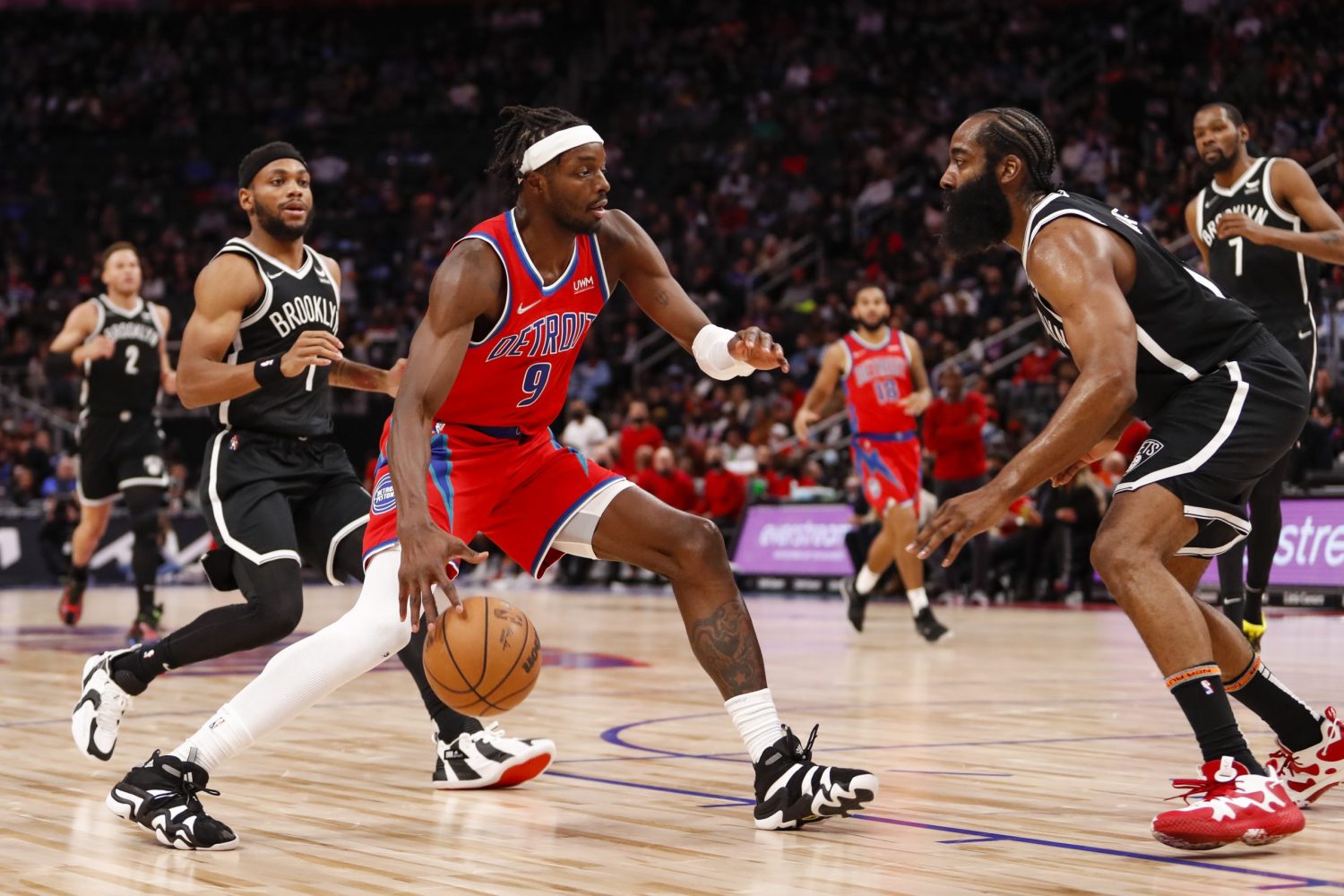 Despite having what many consider a superteam, the Brooklyn Nets have struggled mightily as of late.

The team, which many thought was a shoo-in for the NBA Finals this season, has lost eight straight games and appears to be in complete disarray. As a result, it has been the subject of many trade rumors leading up to the impending trade deadline.

Though star James Harden has been at the center of those rumors, a different star on an opposing team was recently mentioned as a potential target for Brooklyn.

Jerami Grant, who currently suits up for the Detroit Pistons, appears to be drawing interest from the Nets front office.

“If there is a trade for Grant made by Thursday’s deadline, the [Washington] Wizards, [Sacramento] Kings and [Portland] Trail Blazers have shown the most interest in the two-way wing, sources tell The Athletic,” James L. Edwards III reported. “The Nets have poked around, too, per sources, but Brooklyn doesn’t seem to be the most likely destination for Grant.”

As the report indicates, it’s more likely that Grant ends up on a different team. However, the fact that the Nets are looking at talented players that appear to be available prior to the deadline is a clear sign that the team’s front office knows something has to change.

Despite having Harden, Kevin Durant and Kyrie Irving, the Nets have not looked like the world beaters many assumed they would be. The Nets are currently the No. 7 seed in the Eastern Conference. The way things are going right now, it would not be a shock if the Nets ultimately fell to the No. 9 seed or below.

Perhaps, if the front office is able to make a move for a talented player, the team could turn things around. Until then, it seems that the struggles in Brooklyn will continue.