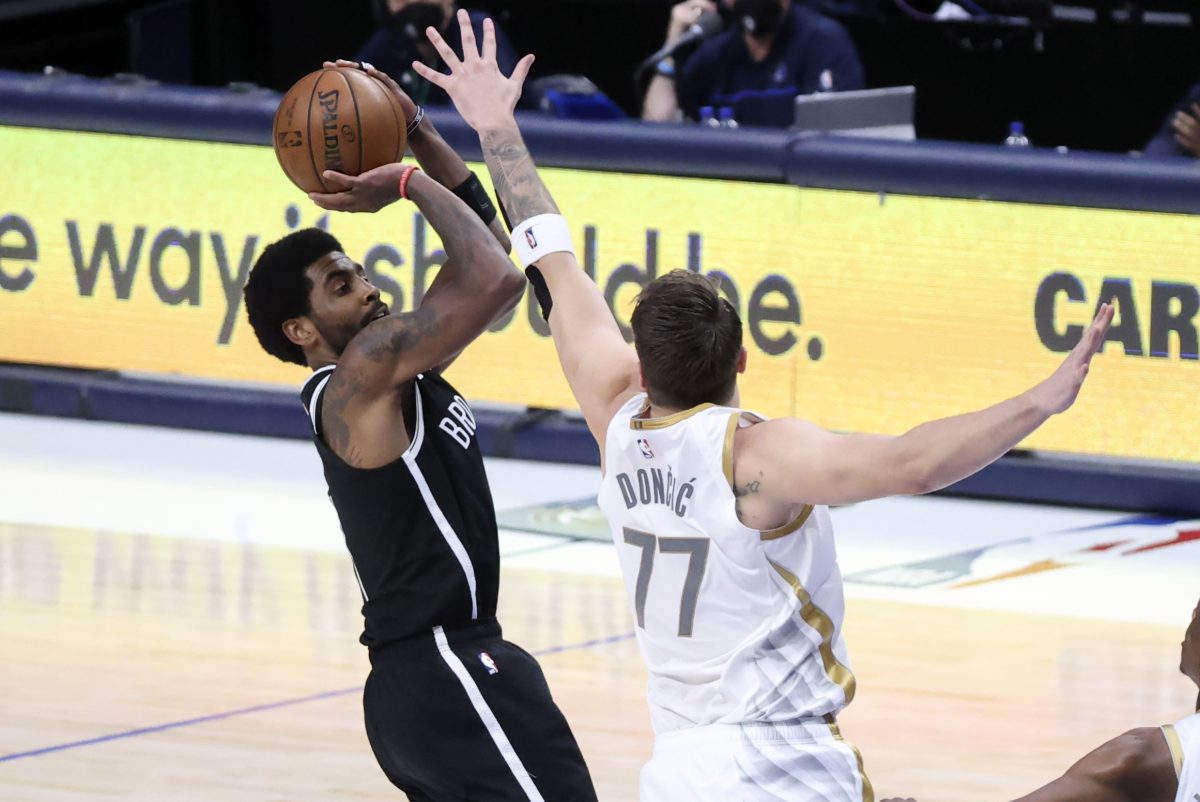 The Brooklyn Nets have two disgruntled stars on their roster, and they are desperately trying to make sure that if trades do happen, they will not result in the Nets becoming the laughing stock of the NBA.

Kevin Durant has requested a trade from the Nets, and Kyrie Irving also seems to be done with the franchise. While there are teams who have expressed real interest in both players, the Nets have seemingly yet to receive an offer that they think benefits them.

The Nets have reportedly done some searching of their own. According to a recent report, the Nets reached out to the Dallas Mavericks to discuss a potential Irving trade, but the Mavs showed “very little interest” in making a deal.

Mavs have very little interest in a Kyrie trade. I’ve heard Nets reached out, but for one, Jason Kidd would have to wildly shift his “chemistry and accountability” buzz words.

And that’s before factoring in compensation, fit, etc.

But always nice to see friends being friendly!

All in all, it seems that a lot of the teams in the NBA have little interest in potentially adding Irving to their rosters despite his immense talent.

Over the last couple of seasons, Irving has been in the news mostly for his antics off the court rather than his brilliant play on it. He has said and done things that have made him look immature and inconsiderate at best and downright unstable at worst. A team like the Mavs, who have clear playoff aspirations, would understandably have little interest in such a player.

Still, Irving’s physical talent cannot be denied. If his personality were managed, he would be a major asset. However, there is no real proof that managing his mercurial personality is anywhere near possible.