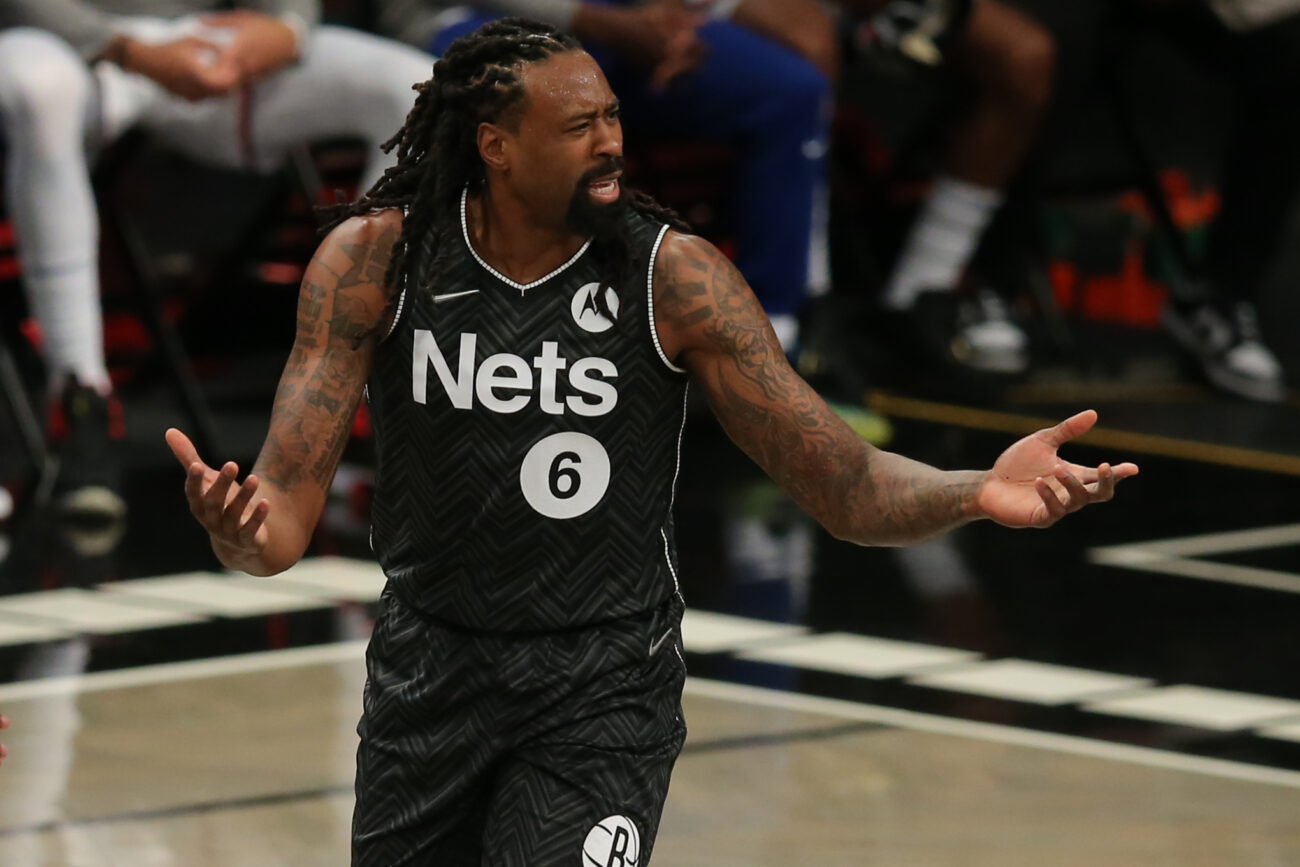 According to a report, the Brooklyn Nets are likely going to part ways with big man DeAndre Jordan this offseason.

“From what I’ve been hearing, I would be surprised if Jordan is a Net by the time the team heads to San Diego for training camp,” wrote Alex Schiffer of The Athletic. “He’s already been shopped throughout the draft and offseason and you can start to read the writing on the wall. Now, assuming he’s gone, I’m curious about the exit route. Is it a trade, when there has already been a lack of a market for him and the Nets lack draft capital and young talent to part with for a significant return? Buyout? Waived? Regardless, I do not expect him back.”

Jordan, 33, still seems to have a little bit of gas left in the tank, but there might not be room for him in Brooklyn’s frontcourt. If the Nets do end up moving on from him, he’s sure to land on his feet with a new team.

In the 2020-21 season, the former second-round pick averaged 7.5 points and 7.5 rebounds per contest over substantial minutes. However, in the playoffs, he didn’t get into a single game.

Despite the fact that he is clearly past his prime at this point, Jordan remains a solid rebounder and efficient finisher near the rim. Those two elements of his game should keep him in the league for a little while longer.

Jordan is still searching for the first title of his NBA career. If he gets one, it doesn’t sound like it’s going to come with the Nets.