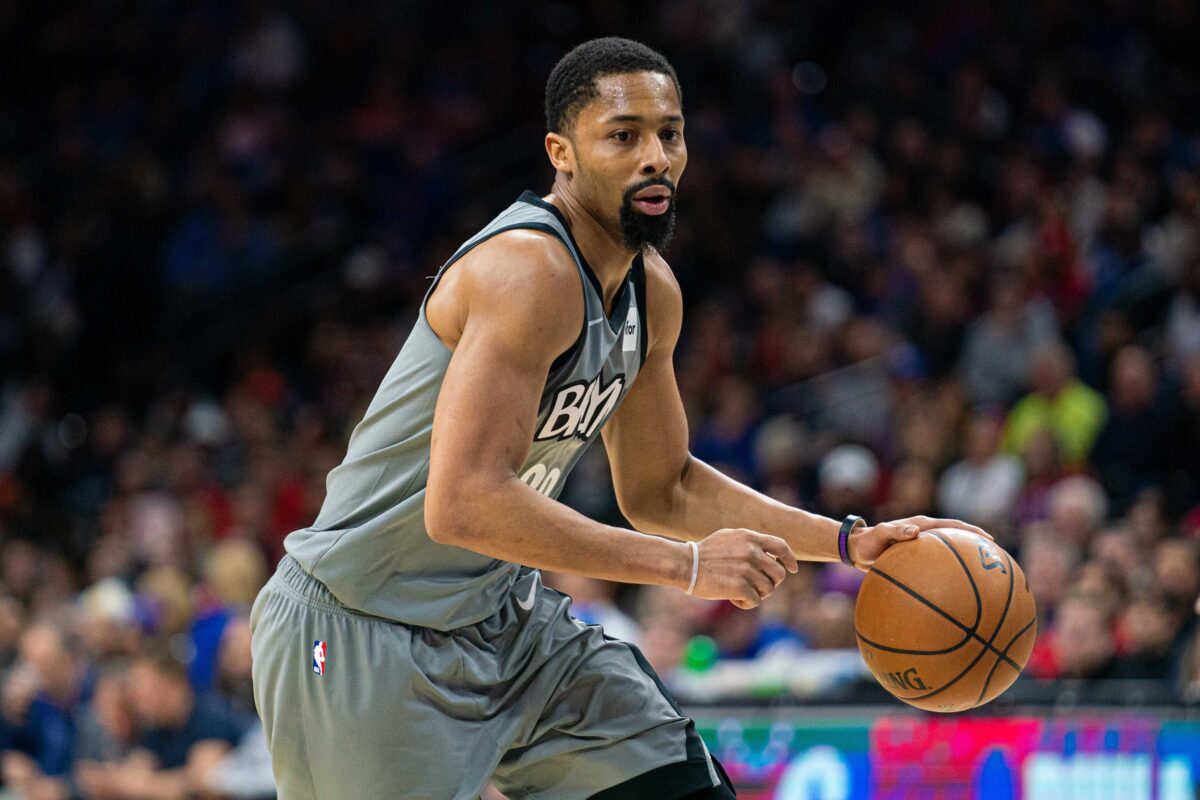 According to a recent report, some NBA executives feel that Brooklyn Nets guard Spencer Dinwiddie will leave the team in free agency and seek a salary bump elsewhere.

“‘Dinwiddie seems like he’s leaving,’ another NBA executive predicted when speaking with HoopsHype. ‘He’ll have a high salary number. I don’t see him staying regardless. I don’t get the sense he wants to be there.'”

It was reported earlier this morning that Dinwiddie intends to decline his player option for the 2021-22 season and become a free agent.

It’s well-documented that Dinwiddie is recovering from a partially torn ACL tear in his right knee. The timing of the injury was unfortunate for the 28-year-old, as his value was at an all-time high before he was lost for the 2020-21 season after just three games.

The last time NBA fans and executives got to watch Dinwiddie play a full season was in 2019-20. That year, he averaged 20.6 points, 3.5 rebounds and 6.8 assists per game.

If Dinwiddie does leave the Nets, it would be a big loss for a team that could have used him throughout the 2021 NBA Playoffs. Brooklyn would likely have to explore other options on the free-agent market in order to fill the void.