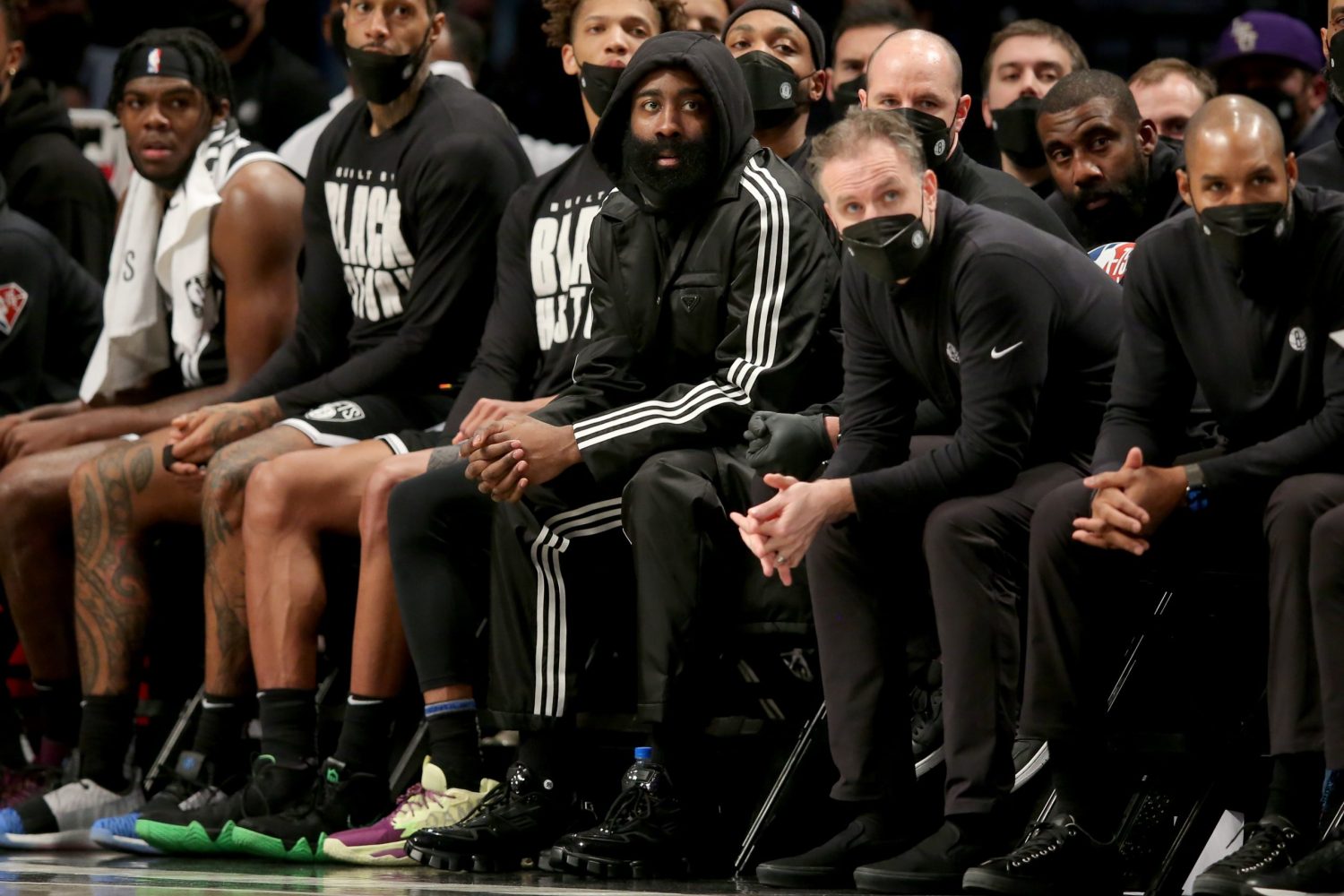 James Harden’s last few days with the Brooklyn Nets involved him traveling to Las Vegas while the team went to Denver to face the Denver Nuggets, according to Bleacher Report’s Jake Fischer.

Harden, who was dealt to the Philadelphia 76ers at the NBA’s trade deadline for a package including guard Ben Simmons, missed games against the Utah Jazz and Nuggets with a hamstring injury.

“Harden didn’t arrive at the Jazz game until halftime, sources told B/R,” Fischer wrote. “When it concluded and Brooklyn continued with its planned itinerary to Denver, Harden flew to Las Vegas, sources said.

“When asked to confirm the account, one person close to Harden chuckled before responding, ‘That sure sounds like James, doesn’t it?’”

It’s clear that Harden wanted out from Brooklyn, and the Nets obliged, as their hands were tied with Harden missing the team’s last four games before the deadline. The deal broke up a Big 3 of Harden, Kyrie Irving and Kevin Durant.

This season, Harden has been struggling with his efficiency. He has shot his worst percentage (41.4) from the field since his rookie year, and he is shooting a career-worst 33.2 percent from beyond the arc. The 10-time All-Star is averaging 22.5 points, 8.0 rebounds and 10.2 assists per game this season.

The Nets have struggled mightily with Durant out of the lineup, and since Irving can’t play in the team’s home games due to his vaccination status, the Nets need Simmons to get up to speed fast to replace Harden.

As for Harden, he will look to turn his season around in Philadelphia and shake off the fact that he has been traded in each of the last two seasons.