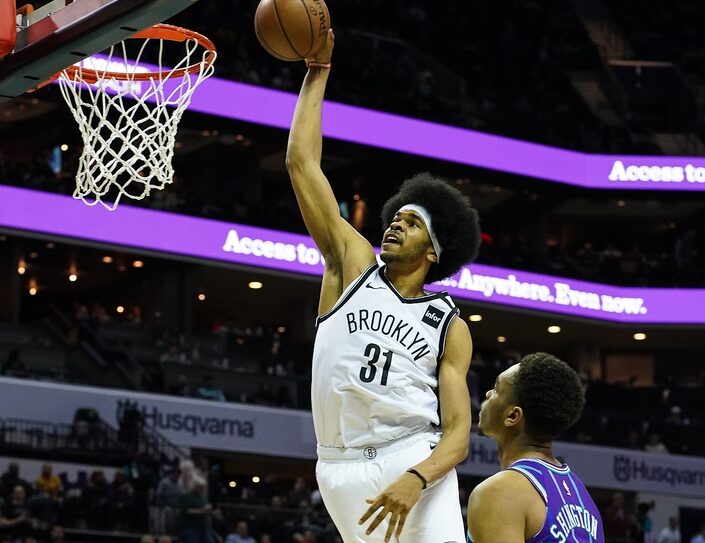 Jarrett Allen is a solid big man who figures to still have his best basketball ahead of him.

That’s likely a major reason why the 22-year-old center is expecting a major payday from the Brooklyn Nets.

To give fans an idea of what that specifically means, Capela signed a five-year, $90 million extension with the Houston Rockets back in 2018.

Capela, who is now with the Atlanta Hawks, averaged 13.9 points and 13.8 rebounds per game last season.

As for Allen, Marks believes the Nets will not yet pony up for that amount and instead take a more wait-and-see approach.

“I would think it’s hard for me to extend him to that type of number and the other thing is if you extend these guys, you’re basically off the board for a year because of the poison pill restriction in your contract,” he said. “So it’s not like he’s tradeable so I think if I’m Brooklyn and if I can get him in that $12-14 million range, I’m looking for a below-market type of deal here.”

The Nets figure to be major title contenders this season thanks to the duo of Kyrie Irving and Kevin Durant.

It will be interesting to see how all that star power helps or hurts Allen’s case to earn a big NBA contract.