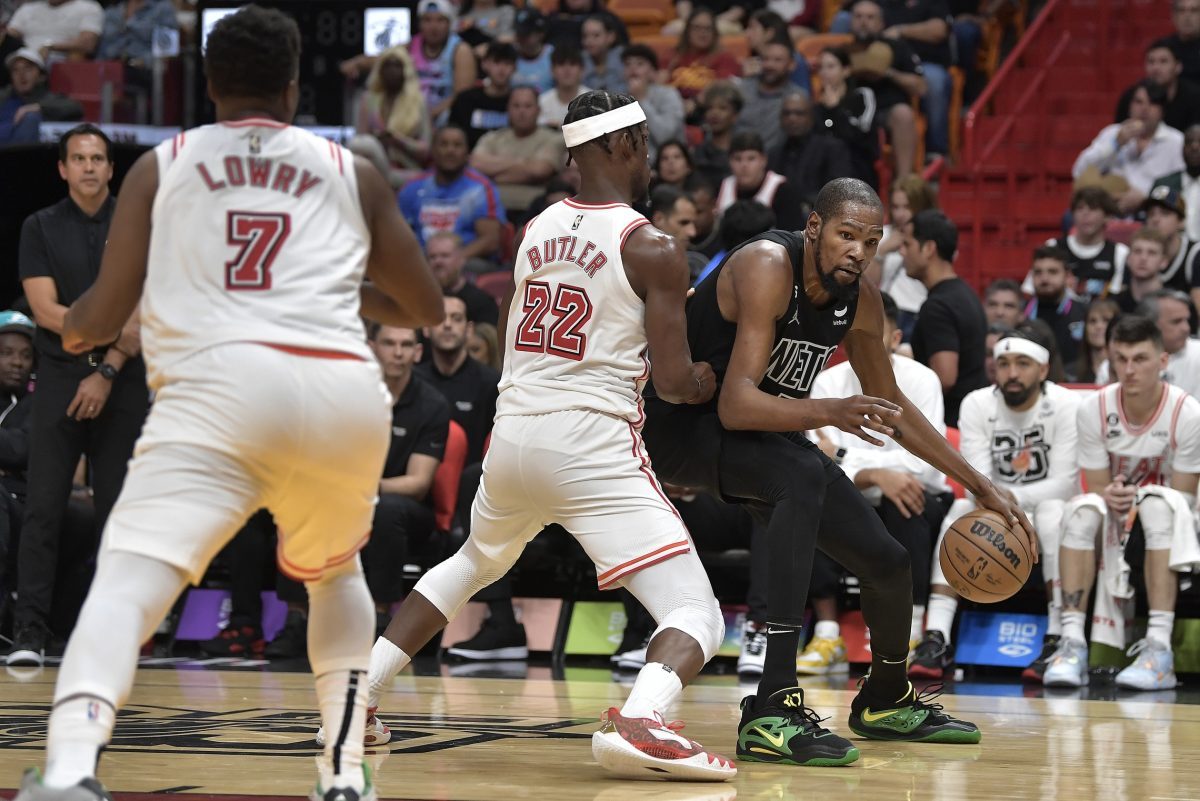 When Brooklyn Nets superstar Kevin Durant went down with an injury against the Miami Heat on Sunday, countless fans held their collective breath and began waiting for an update.

That update has arrived, and all things considered, it’s a pretty positive one. Durant seems to have avoided a significant injury. He has an MCL sprain and will be looked at again in two weeks.

There's optimism Durant will miss less time than he did with a six-week absence last season; a significant sigh of relief around the Nets and their MVP candidate. https://t.co/MrfAPtU90W

While Kevin Durant did miss six weeks with a left MCL sprain a season ago, there’s optimism that this is a less severe injury unlikely to cost him more than a month on the sidelines, sources tell ESPN. https://t.co/Dd5jU6bZkd

Durant suffered the injury during a play involving Heat star Jimmy Butler. It certainly didn’t look great in live action, so it’s wonderful news that the 12-time All-Star didn’t suffer anything too serious.

Durant has been playing at an extremely high level this season, and there’s no telling where the Nets would be without him. Brooklyn is one of the hottest teams in the NBA, but the squad is going to have some tough weeks ahead without its best player.

He had done an outstanding job of staying healthy this season before Sunday’s scare. He’s missed just one game in the 2022-23 campaign, although that’s obviously about to change.

Nets star Kyrie Irving will likely have to carry a bigger load in Durant’s absence. Irving is already averaging 26.0 points per game this season, but his usage figures to spike while Durant is on the shelf.

The team could also use a more aggressive version of Ben Simmons until Durant returns. The three-time All-Star has been an impactful player for Brooklyn on both sides of the ball this season, but he certainly hasn’t been hunting his shots. He’s averaged 4.4 shots per game over his last five outings.

At 27-13, the Nets have built enough of a cushion to be able to get through a stretch without Durant, but they’ll definitely hope to get him back as soon as possible. It has been an impressive season for Brooklyn, and if the team is healthy going into the playoffs, that could spell trouble for other teams in the Eastern Conference.