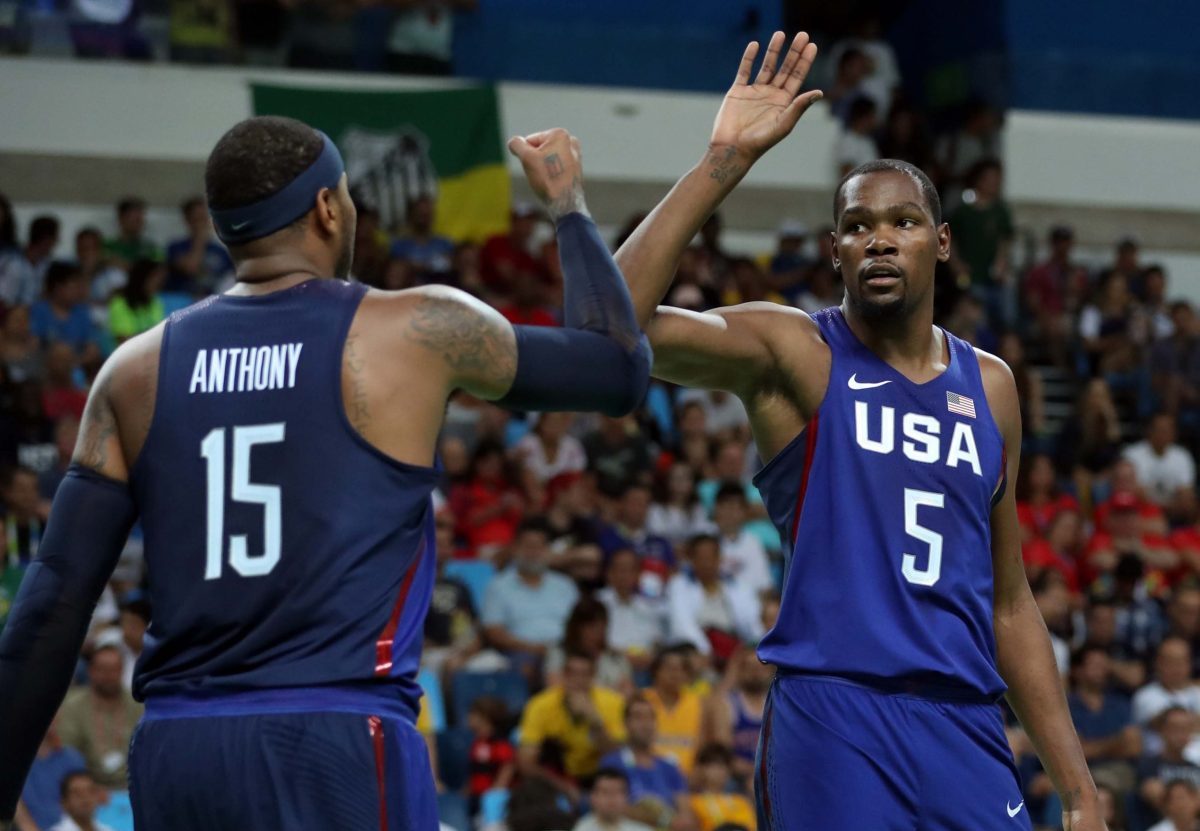 Earlier this week, Kevin Durant and the Brooklyn Nets were finally able to bury the hatchet and make amends after nearly an entire summer of trade rumors.

Now, with that drama and uncertainty in the past, the two sides can finally start working together once again to try to build a roster that will help Durant and fellow Nets stars Kyrie Irving and Ben Simmons win an NBA title in 2023.

It appears that former superstar Carmelo Anthony is on Durant’s list of players he wants in Brooklyn.

“But with DayRon Sharpe the only other 5 on the roster, it wouldn’t be a shock to see them look for a backup/competition for [Nic] Claxton,” Brian Lewis of the New York Post reported. “And if they wanted to appease Durant, they could bring in Carmelo Anthony, a move he’s wanted them to make.”

Anthony has had a long and winding road from NBA superstar to rotational player, but he’s made the transition quite effectively. Last season with the Los Angeles Lakers, the 38-year-old forward averaged 13.3 points, 4.2 rebounds and 1.0 assist per game. He shot 44.1 percent from the field and 37.5 percent from deep.

While he is no longer the kind of premier talent that can lead a franchise, he certainly can play a positive role on a good team.

Though Durant may want Anthony in Brooklyn, recent signs have pointed to the 10-time All-Star possibly rejoining the Lakers. Of course, Anthony has a very strong relationship with Lakers star LeBron James.

In fact, Durant passed Anthony for the top spot on the all-time scorers list for the international team last year, and the message he had after doing so was one of respect and honor.

“Just thinking about all the players who played in this program, it’s pretty cool to be amongst names like that,” Durant said, according to Clevis Murray of NBC Sports. “Carmelo is a guy I played on two Olympic teams with. I’ve seen his approach to these games and I tried to steal some of his techniques.”

Clearly, Durant has a lot of respect for Anthony and the skill set he brings to the court. Only time will tell whether or not Anthony ends up in Brooklyn in the near future.