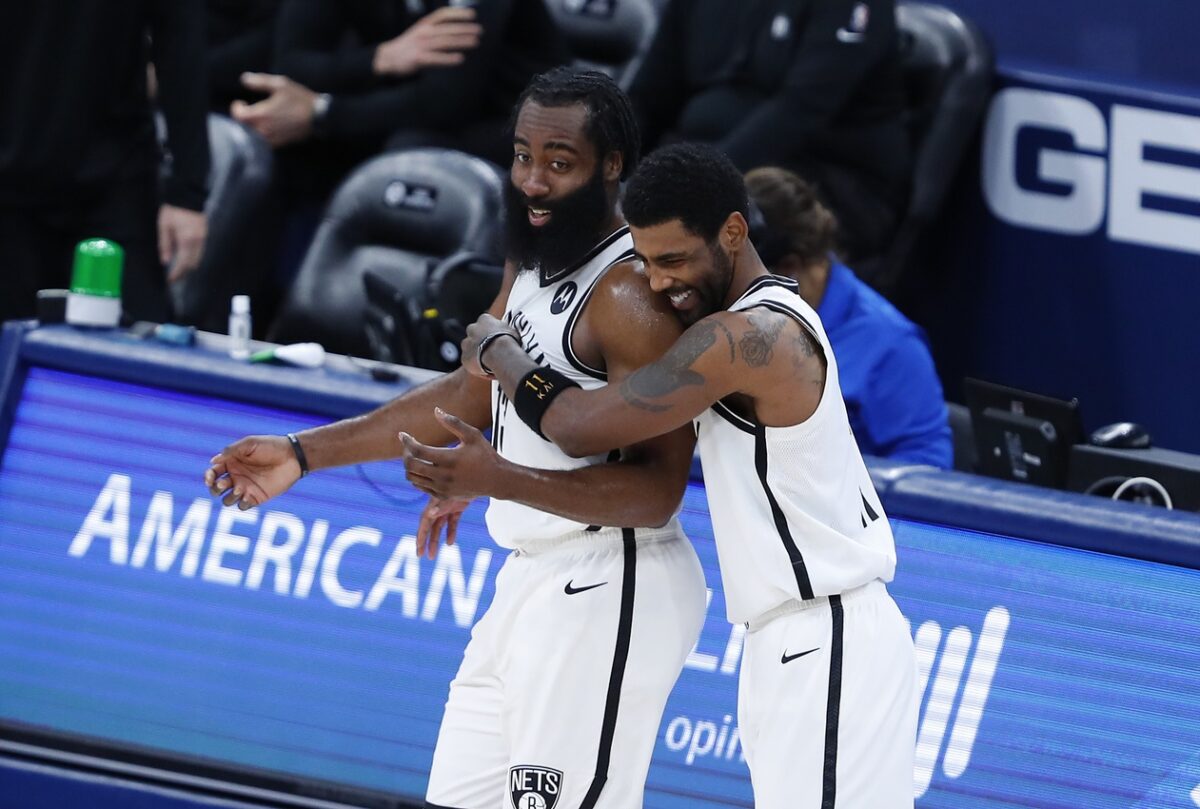 It sounds like the Brooklyn Nets are close to signing two of their superstar players to massive contract extensions.

James Harden and Kyrie Irving are reportedly nearing new deals with the team.

Max extensions for both players would be:

The extensions would make a great deal of sense for all involved parties. The Nets will be title contenders for as long as they keep their superstar core intact.

Irving, on the other hand, has been with Brooklyn for two seasons. The 2020-21 campaign was his first season with the team in which he didn’t miss major time due to injury. He averaged 26.9 points, 4.8 rebounds and 6.0 assists per game while shooting 50.6 percent from the field 40.2 percent from 3-point land.

The Nets are looking to win a title with their stacked roster, and extending these players would elongate their window to win. It will be interesting to monitor any further negotiations on the extensions.