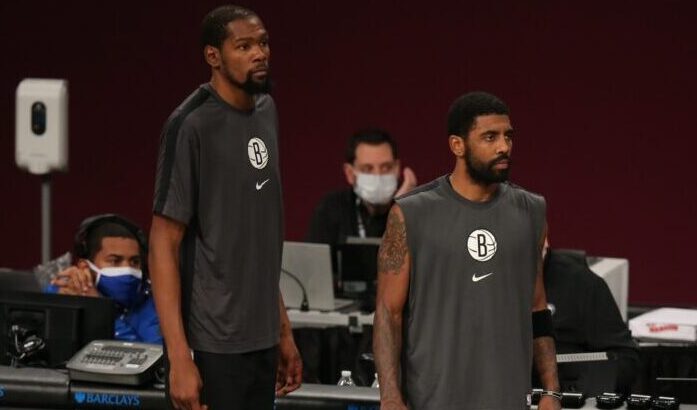 The plot thickens in the James Harden saga, as it appears the Houston Rockets superstar could be headed to a new team in a trade sooner rather than later.

On Wednesday, the Brooklyn Nets made a major change in their stance on a potential blockbuster trade.

According to a report, the Nets are now prepared to offer anyone on their roster outside of Kevin Durant to land Harden in a trade.

News: There has been legitimate movement on the Harden front.

Brooklyn is prepared to offer *anyone* that Houston wants aside from Durant for Harden, as well as 3 1sts & swaps.

BK willing to make the same bet it once made on KG & Pierce, but on Harden.

This is an interesting development after Harden’s recent comments about the Rockets following another blowout loss to the Los Angeles Lakers on Tuesday night.

Harden didn’t hold back with his comments about the Rockets simply not being good enough to compete with the likes of a championship-caliber team like the Lakers. He admitted that the situation in Houston can’t be fixed.

As for the Nets, Brooklyn is dealing with Kyrie Irving’s absence due to personal reasons. The star point guard has consistently missed games as he deals with issues off the court. There’s been no timetable for his return to the team.

With Irving showing he can’t be depended on in Brooklyn, the Nets seem willing to move the one-time NBA champion. A deal for Harden might be only a matter of time if Brooklyn is indeed ready to make a move.