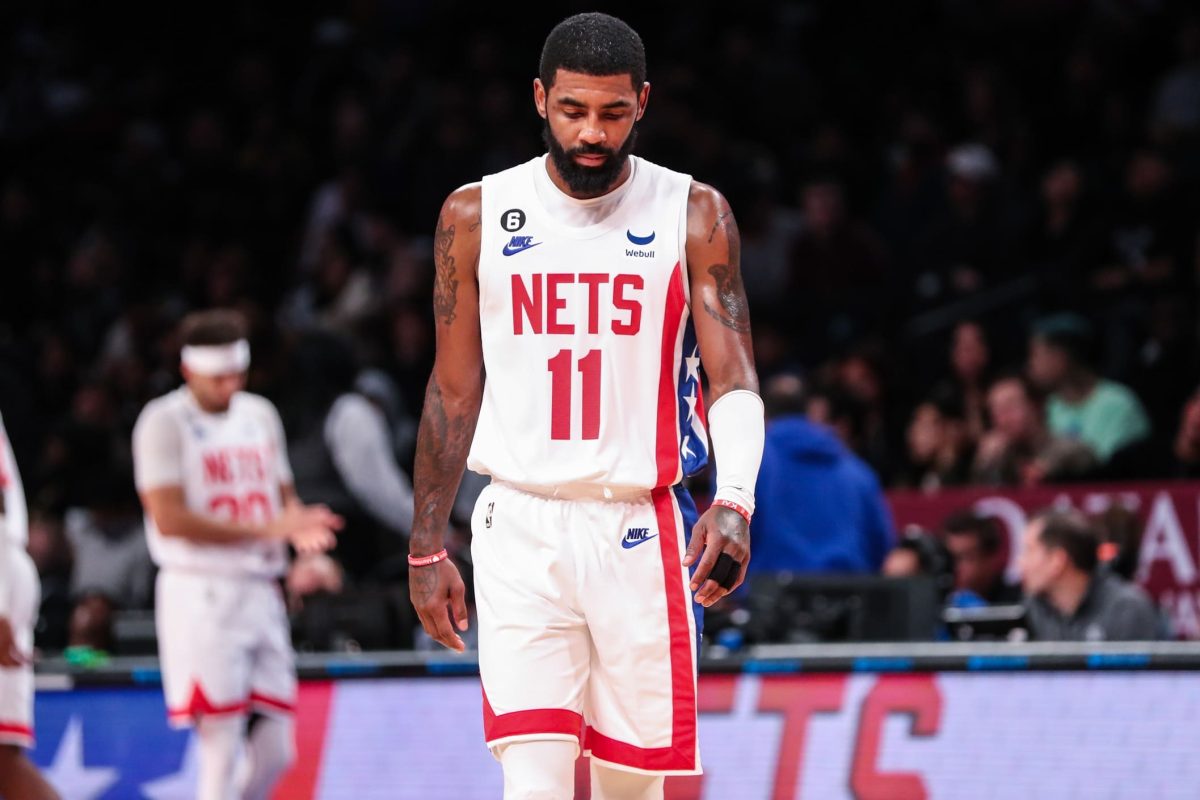 Kyrie Irving remains suspended, and the Brooklyn Nets have not given any indication as to when their star point guard will return.

Apparently, some Nets players thought that Irving would make a return to the court against the Sacramento Kings on Tuesday, as reported by Jared Greenberg.

Bruh this Nets team is something else. Players thinking Kyrie would be activated tonight via @JaredSGreenberg pic.twitter.com/N0YbY64iGD

“It’s unclear at this point when Kyrie will return from suspension or exactly what requirements need to be met to get him back on the court,” Greenberg said. “Some Nets tell me they’re surprised. They thought he would be active tonight. Markieff Morris telling me this morning at shootaround he doesn’t understand why Kyrie’s not back yet.”

Irving missed his seventh consecutive contest on Tuesday. The minimum number of games he was supposed to miss was five, and he was reportedly going to be reinstated only after he had met the requirements imposed upon him by the organization. It is unclear which measures, if any, have already been accomplished by the seven-time All-Star.

Sources: Nets have delivered Kyrie Irving six items he must complete to return to team:

But if his teammates’ reactions are any indication, perhaps Irving has completed some, if not all, of the requirements. The former champion even met with Adam Silver recently.

Sources: NBA Commissioner Adam Silver and Kyrie Irving met this morning and the sides had a productive and understanding visit, paving the way for the Nets and their suspended star to work through his steps on a potential path forward.

Interestingly, the Nets haven’t been that bad in Irving’s absence. After starting the 2022-23 campaign 2-6, Brooklyn has won four of its last seven games, which has allowed the team to ascend a bit in the standings. It is currently 6-9 and ranks No. 12 in the Eastern Conference.

Unfortunately, the Nets couldn’t sustain their momentum and got a drubbing from the Kings on Tuesday. Sacramento couldn’t be stopped on the way to scoring 153 points. Brooklyn also lit it up on offense with 121 points. However, its opponents proved to be too much.

A victory over Sacramento would have given Brooklyn a 2-1 record for its three-game California trip. It won over the Los Angeles Clippers on Saturday, but the following day, Kevin Durant and company couldn’t handle the Los Angeles Lakers.

Brooklyn will face the Portland Trail Blazers on Thursday. One can only wonder whether or not Irving will finally be able to suit up again and give the team a boost.

Durant could also use the help as he has been carrying a heavy load on offense. In the past seven games without his star teammate, the former MVP has averaged 27.9 points, 7.4 rebounds and 6.4 assists per contest.

It will be interesting to see when the Nets decide to reinstate Irving. If the suspension goes on for longer, the team should expect some backlash from various people around the league.