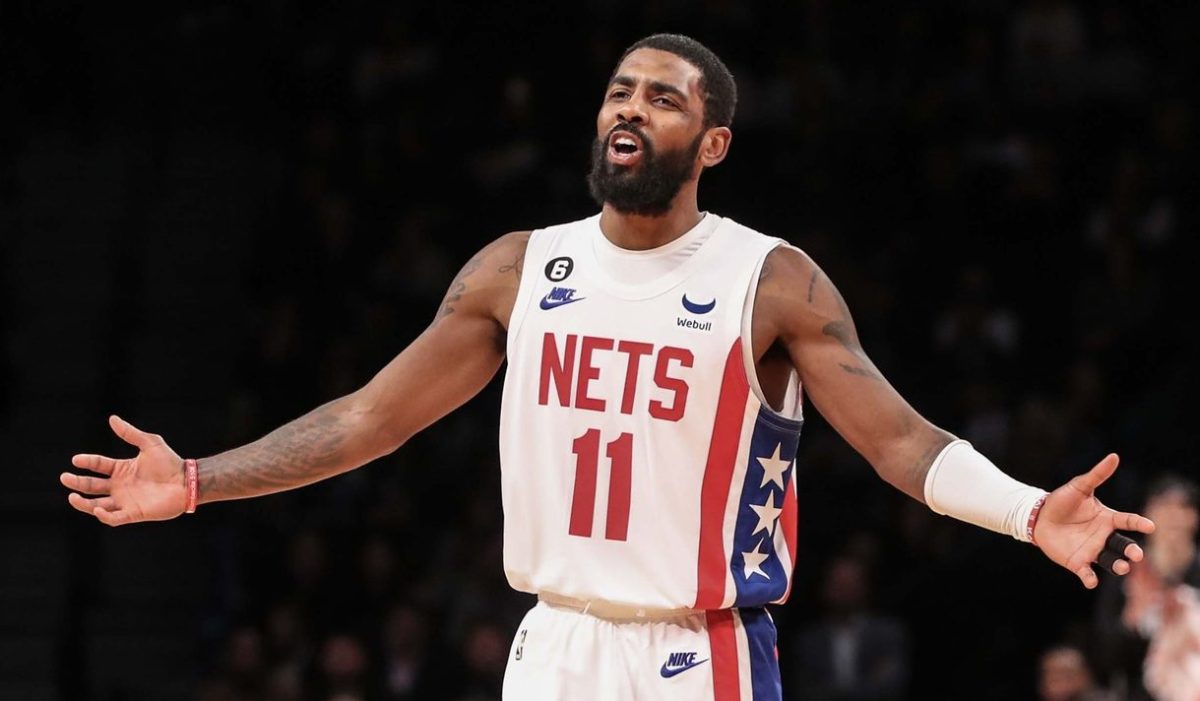 Brooklyn Nets guard Kyrie Irving has been in the news for all the wrong reasons lately.

He recently tweeted a link to a movie with antisemitic messages, and he didn’t delete it until the damage was already done. The tweet stayed up for multiple days.

The Nets have condemned Irving’s decision to promote the film, but it sounds like the NBA veteran likely isn’t going to be suspended by the team.

“Nets GM Sean Marks declined comment on whether any in-house discipline was coming, and a league source hadn’t heard of any plans to fine or suspend Irving,” wrote Brian Lewis of the New York Post. “As a vice president of the NBA players’ association, Irving would have the backing of the union in such an event. And while the Nets spoke with Irving, they started him Saturday against the [Indiana] Pacers and are expected to do so again in Monday’s rematch.”

While Irving has found himself in controversial situations in the past, this one seems to be in a category of its own due to the nature of the matter and the way he has responded to it.

Irving addressed the situation on Saturday, but his remarks didn’t exactly improve the matter.

“In terms of the backlash, we’re in 2022, history is not supposed to be hidden from anybody and I’m not a divisive person when it comes to religion, I embrace all walks of life,” he said.

“So the claims of antisemitism and who are the original chosen people of God and we go into these religious conversations and it’s a big no, no, I don’t live my life that way.”

Irving defended his decision to tweet a link to the film.

“Did I do anything illegal?” he asked. “Did I hurt anybody, did I harm anybody? Am I going out and saying that I hate one specific group of people?”

“It’s on Amazon, a public platform, whether you want to go watch it or not, is up to you,” he said. “There’s things being posted every day. I’m no different than the next human being, so don’t treat me any different.”

Irving is set to become a free agent after the 2022-23 season, so his days with the Nets may very well come to an end soon.

Although the seven-time All-Star is a talented player, his abilities on the floor tend to be a package deal with off-the-court controversies and poor decisions.

The Nets are 1-5 this season and will be in action on Monday. It sounds like Irving will likely play in that game.