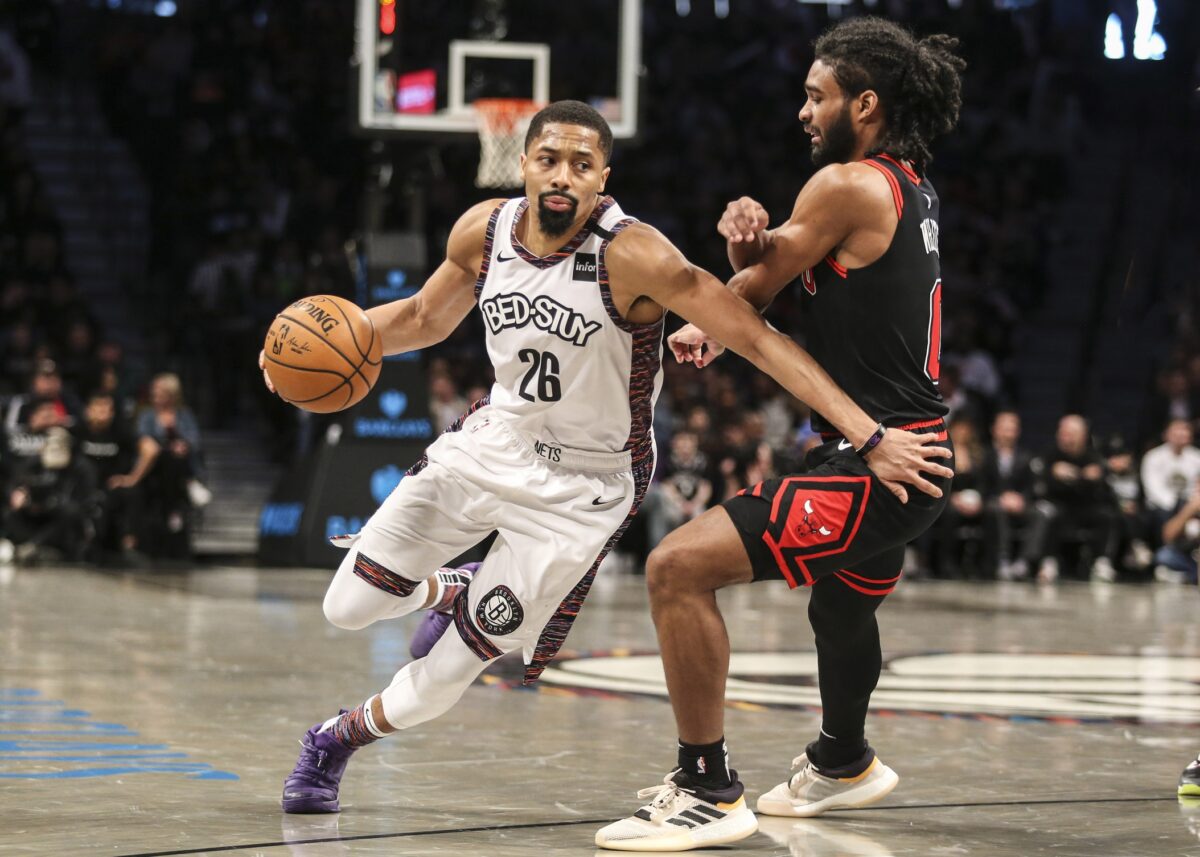 Brooklyn Nets guard Spencer Dinwiddie is one of the hottest names on the trade market.

“Another guard set to enter free agency this summer, Dinwiddie has attracted interest from several teams before the deadline, sources said,” wrote Jake Fischer of Bleacher Report. “Detroit, Houston, Indiana and Chicago have looked into acquiring Dinwiddie as a means to obtain his Bird rights, should the guard waive his 2021-22 player option as expected.”

Still, teams are lining up to see if they can pry the guard away from the Nets. The Miami Heat are reportedly interested in Dinwiddie as well.

After all, the Nets are looking to bolster their supporting cast as they compete for a title this year.

As a matter of fact, the Nets are shopping Dinwiddie. They are reportedly willing to part ways with the veteran if they can secure a second-round pick and role player off the bench.