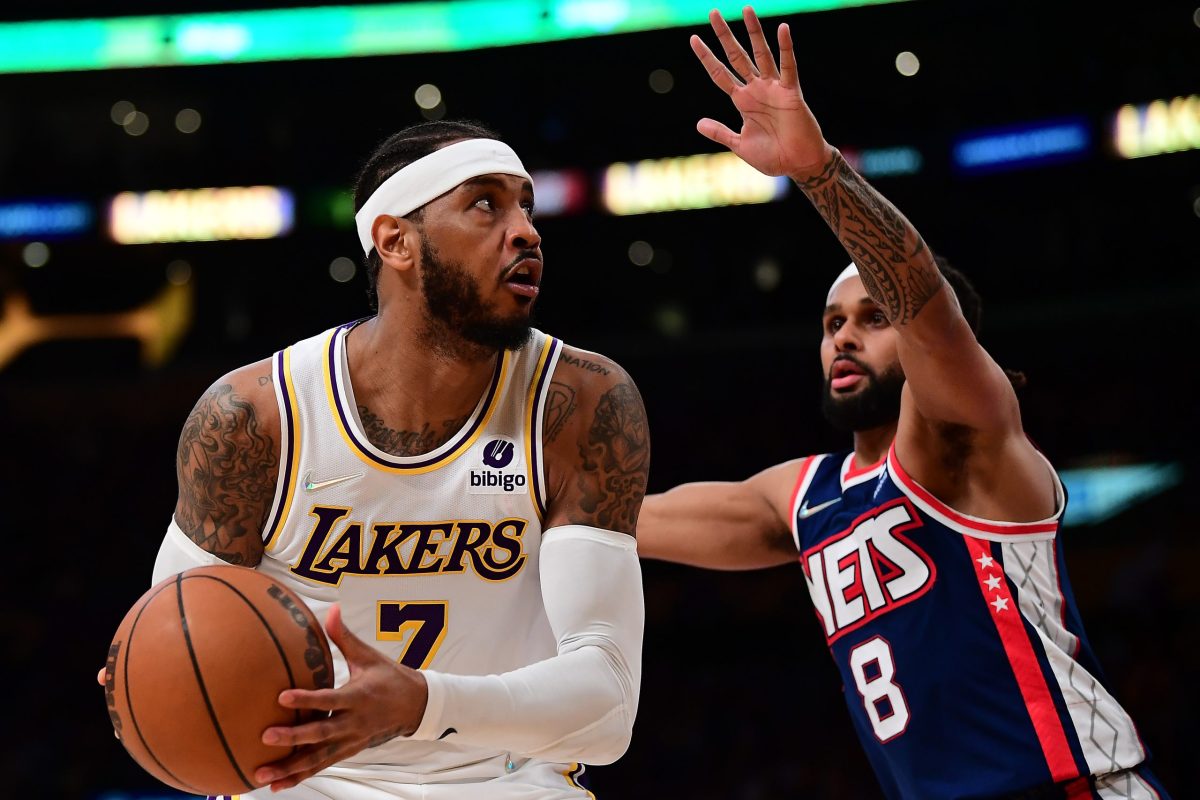 The former scoring juggernaut played for the Los Angeles Lakers last year. However, the franchise has tilted to picking up younger players over the course of the 2022 offseason.

According to Sean Deveney of Heavy.com, the Brooklyn Nets are one team that has had conversations about signing Anthony.

“They need another big guy, but they’re not feeling a lot of pressure as far as filling that spot,” an executive told Heavy.com. “There are veterans they can sign this month or even early next month — Dwight Howard would be the obvious one, maybe Hassan Whiteside. Cody Zeller is out there, too. They want to see what they have with Nic Claxton, but they want some insurance there, too. And they’re going to play [Ben] Simmons there quite a bit in small ball lineups. I’d expect them to keep 14 guys, keep one spot open. There has been some talk about them signing Carmelo Anthony, maybe as a nod to Kevin Durant, but obviously that has not gotten anywhere, at least not yet.”

Anthony, 38, signed a one-year contract with the Lakers last offseason.

The team had high expectations last year. After all, it boasted a core of superstars LeBron James, Anthony Davis and Russell Westbrook.

Unfortunately, the star-studded experiment went sideways. The Lakers missed the playoffs by finishing with a 33-49 record and the No. 11 spot in the Western Conference.

Nonetheless, Anthony made strong usage of his time on the Lakers by playing a huge role off the bench. The 6-foot-7 forward averaged 13.3 points, 4.2 rebounds and 1.0 assist per game while shooting 44.1 percent from the field and 37.5 percent from downtown.

The outlook of the Nets’ upcoming season is anyone’s guess. While the Nets still have stars Durant and Kyrie Irving on their roster, they have been given unfair hands by the dynamic duo.

Of course, Durant staunchly requested a trade from the franchise recently, though that wish is far from being completed. Irving, who has been widely absent from the team due to various reasons over the last few seasons, is not a player the organization can depend on.

Anthony, who has been in the league since 2003, is certainly aiming to win a championship at this stage of his career. The Nets’ uncertain status for this season may be an impediment for the 10-time All-Star to join their team.