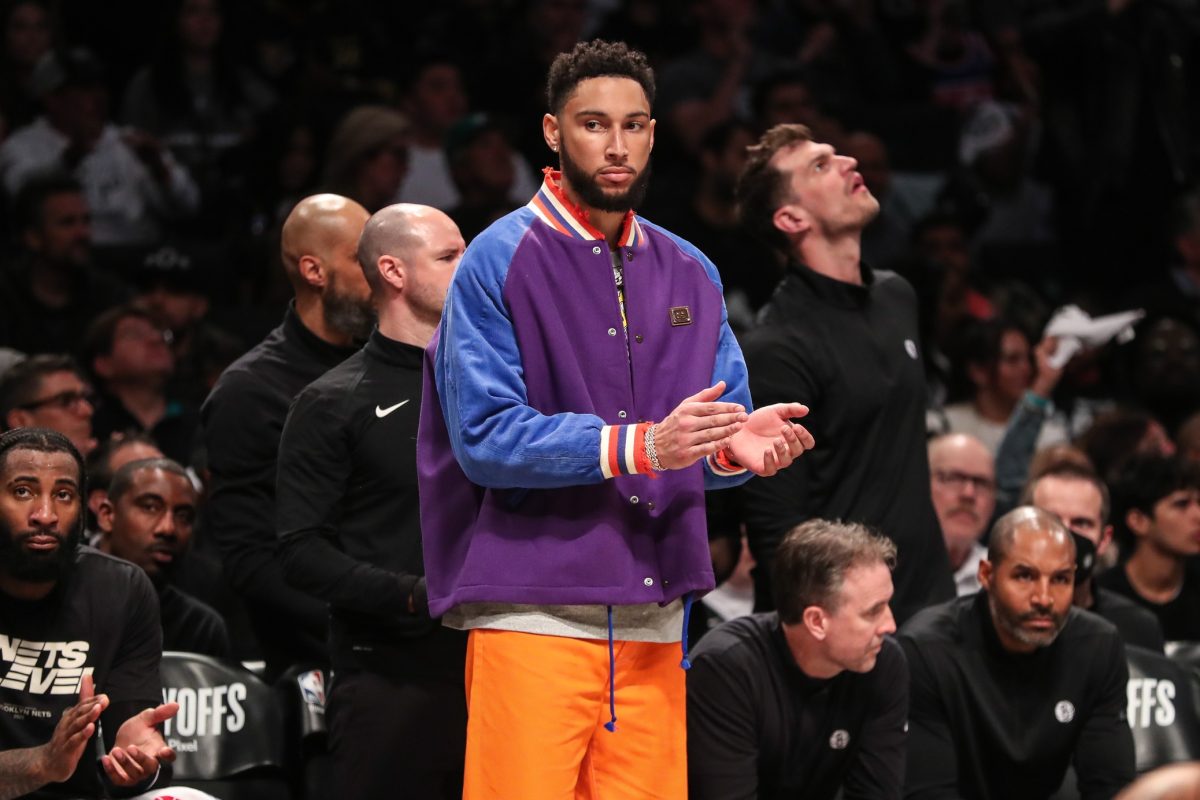 Now that the Kevin Durant drama has seemingly come to an end for the Brooklyn Nets, the team’s front office and coaching staff can finally start strategizing for the upcoming 2022-23 NBA season in earnest.

Part of that strategizing certainly has to do with how the team will utilize the unique talents of star Ben Simmons.

Simmons was acquired by the Nets last season in a midseason trade that also included them sending James Harden to the Philadelphia 76ers.

Though Simmons is an incredibly talented player and three-time All-Star, he has been dramatically hampered throughout his professional career by his inability to stretch the floor.

That might be one reason why it appears that the Nets are now considering lining Simmons up at the center position in certain circumstances.

“There have been rumblings of Simmons playing center this season and Durant has done so before in small-ball lineups,” Alex Schiffer of The Athletic reported. “Do the Nets add another big man or role with the traditional and modern options they have?”

It is absolutely interesting to learn how flexible the Nets coaching staff may be willing to be to find a way to utilize Simmons’ strengths and mitigate his weaknesses.

If Simmons were to line up at center on the team, it is possible that he could assume the kind of point-center role that Denver Nuggets fans have watched Nikola Jokic dominate for a number of seasons.

Jokic is, of course, a much better shooter than Simmons, but the two players possess similar kinds of touch and vision when it comes to facilitating.

Last season, Simmons missed the entire campaign due to a number of different issues. While he did deal with a back injury, there were numerous reports indicating that he could have played at the end of the season and in the playoffs.

His decision to sit out left many Nets fans to sour on the 26-year-old quite quickly. In the upcoming campaign, he’ll get a chance to prove that he remains one of the more versatile two-way players in the NBA.

For everyone on the Nets, the 2022-23 season holds the possibility of redemption. Though last season was a downright failure in every sense, the team does still have the talent to make serious noise.

Only time will tell if Durant, Simmons and the rest of the roster can do just that.