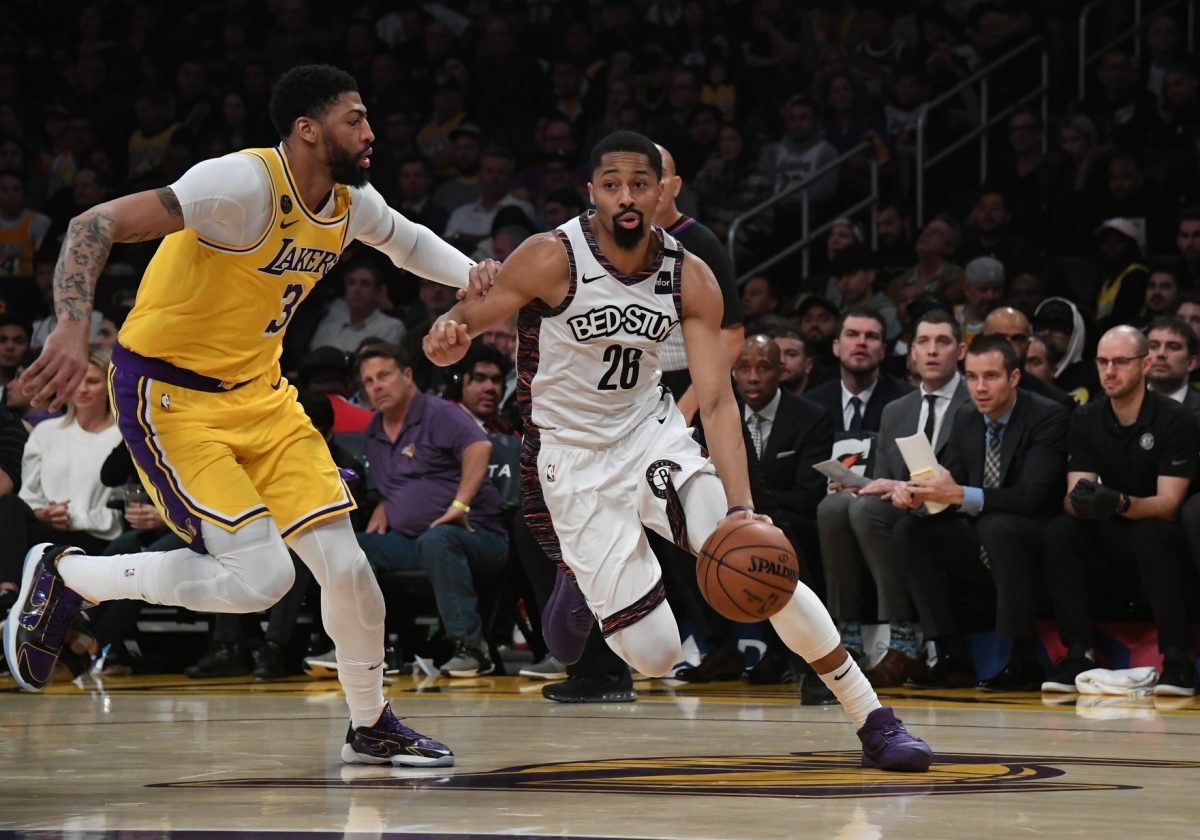 According to a Monday report from Shams Charania of The Athletic, Brooklyn Nets guard Spencer Dinwiddie has tested positive for COVID-19.

Beyond that, Dinwiddie said that the positive test has forced him to question whether or not he will be participating in the NBA’s restart next month.

“Over the past few months, I have been diligent about protecting myself and others from COVID-19 by following all designated protocol and quarantining,” Dinwiddie told The Athletic. “I was ready and prepared to rejoin my teammates as we were to be an early entry team in the resumed season. I flew private to return to New York, passed multiple COVID-19 tests over my first several days in New York and was able to participate in a couple practices within the first week.

“Originally, we were supposed to be one of the teams to enter into the Orlando bubble early, but training camp got switched back to New York and unfortunately I am now positive. Given that I have experienced symptoms, including fever and chest tightness, it is unclear on whether or not I’ll be able to participate in Orlando.

Dinwiddie said that he will self-quarantine for two weeks and re-evaluate after that period comes to an end.

It is worth noting that even if he does want to play following his eventual recovery, it is possible that he will not be physically able to do so.

Many who have recovered from the highly contagious illness have experienced breathing issues for months after their diagnosis.

Dinwiddie has enjoyed a breakout season this year, averaging 20.6 points, 6.8 assists and 3.5 rebounds per game.

In fact, he’s a major reason why the Nets are currently in the seventh seed in the East despite missing Kyrie Irving for much of the season and Kevin Durant for the entirety of the season due to injury.