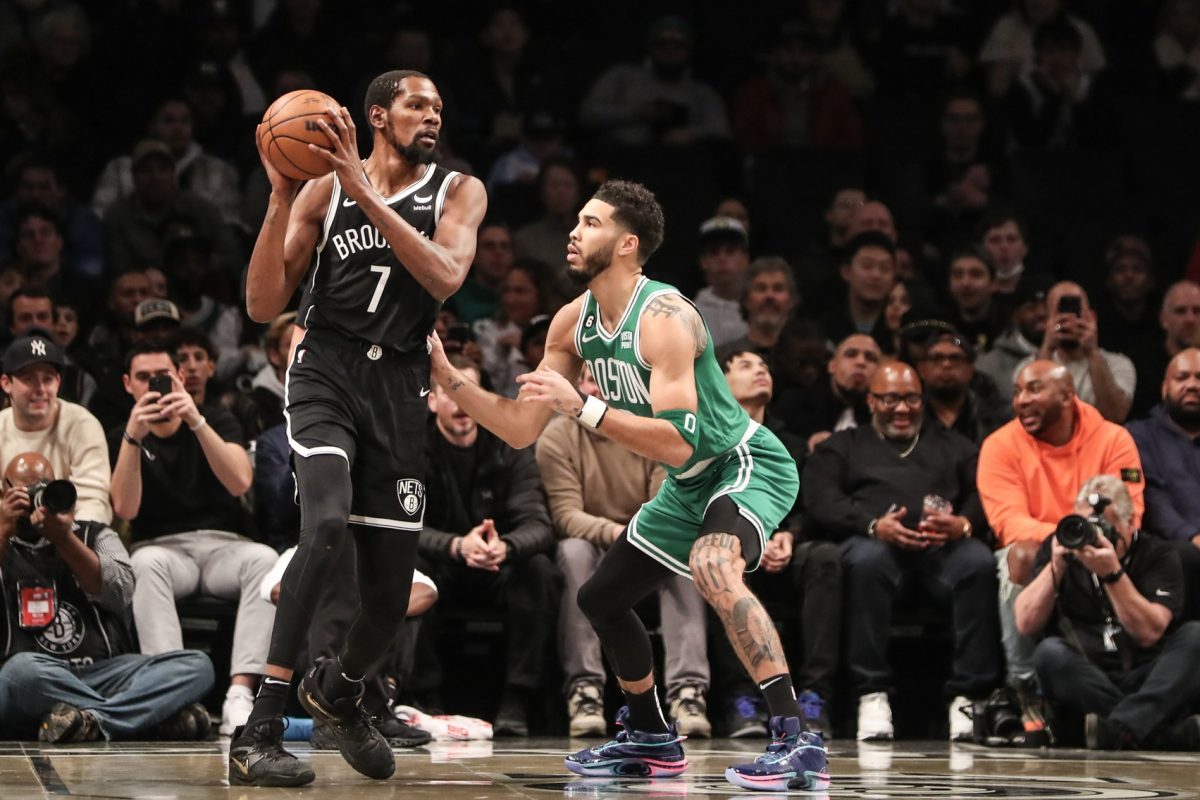 The first fan returns of the NBA All-Star Game voting showed that Kevin Durant is the leading vote-getter in the Eastern Conference while Jayson Tatum is in fourth place among East frontcourt players.

It seems that Stephen A. Smith is a bit unhappy that the Brooklyn Nets star is above Tatum. In an appearance on Draymond Green’s podcast, Smith explained why he believes the Boston Celtics star has a more legitimate case of being selected as a starter for the midseason showcase.

“I would have to remove K.D.,” Smith said when asked who he would remove as a starter among Durant, Giannis Antetokounmpo and Joel Embiid. “That’s saying a lot from me because I think when K.D.’s healthy, he’s the best on the planet, and I think he’s a leading candidate for MVP. … Here’s where I can pick Tatum over K.D.: Similar stats but a better record. And by the way, the last time we saw y’all two against each other, Tatum swept you. That’s why.”

The outspoken TV personality’s dilemma is one that’s surely shared by a lot of NBA fans. With only three spots for frontcourt players for each conference in the voting, it is nearly impossible to choose the odd man out among Durant, Antetokounmpo, Embiid and Tatum.

Each of them has a great case for making the game as a starter.

Antetokounmpo’s body of work has been stellar as usual this season, and he has led the Milwaukee Bucks to one of the top spots in the conference despite Khris Middleton, the team’s No. 2 option, appearing in just seven games.

Embiid seems to be the easy choice to remove because of the number of contests he has sat out. However, he is the top scorer in the East with 33.6 points per game.

As for Tatum and Durant, deciding who to pick between them might have been more straightforward if the voting had been conducted earlier in the season when the Nets were struggling.

While the Celtics currently sport a better record than Brooklyn, the Nets’ ascent to the No. 2 spot in the Eastern Conference was made possible partly due to Durant’s all-around and efficient game. The former MVP is averaging 29.7 points, 6.7 rebounds and 5.3 assists per game on a 55.9 percent shooting clip from the field.

As for Tatum, he has been putting up similar numbers — 30.8 points, 8.1 rebounds and 4.2 assists per contest. Boston currently leads the East standings, although it is just 1.5 games ahead of Brooklyn.

It will be interesting to see who gets cut among the four superstars. But Durant seems to have already locked up one of the slots, given his popularity among NBA fans.