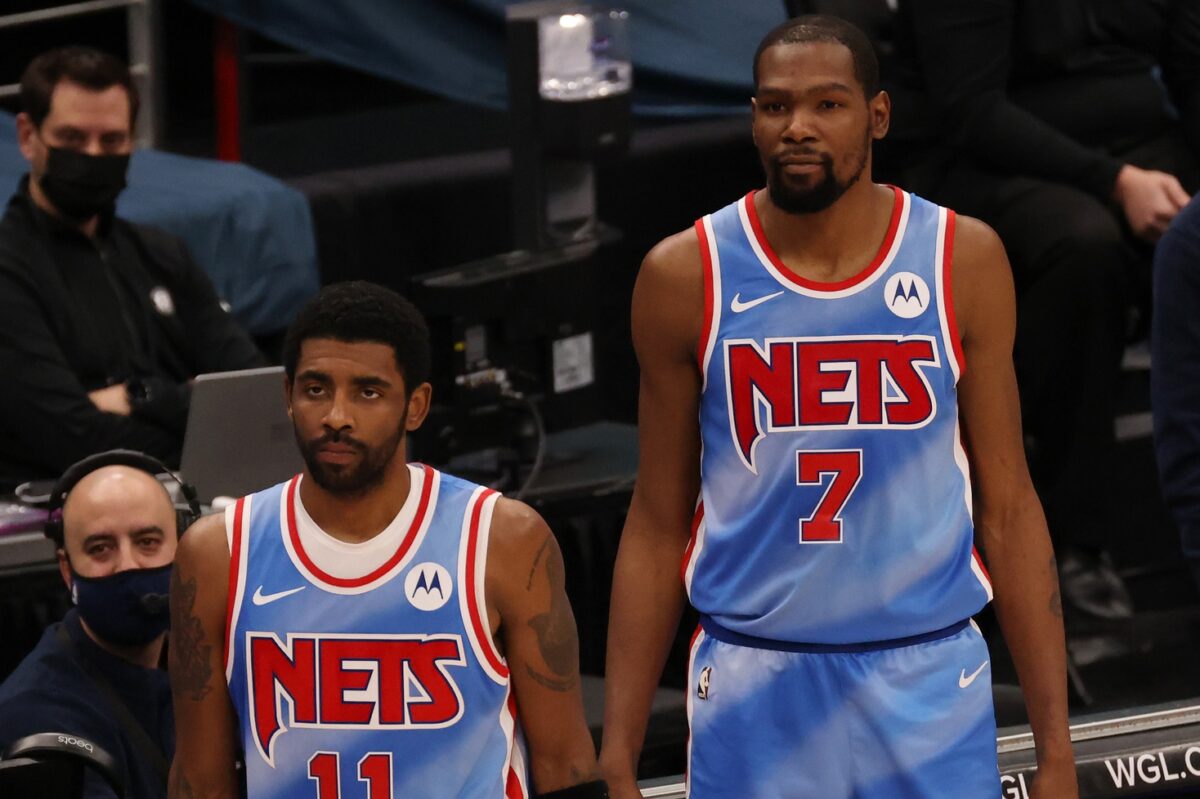 ESPN analyst Stephen A. Smith believes that Kevin Durant and Kyrie Irving will regret joining the Brooklyn Nets over the New York Knicks if the Nets fail to win the title this season.

Brooklyn is currently the No. 1 seed in the Eastern Conference, but Smith claims that the Knicks have been the talk of New York this season.

“Whether they admit it or not, that if the New York Knicks are in the playoffs and the Brooklyn Nets don’t win the chip, KD, Kevin Durant, and Kyrie Irving will regret the day they passed on becoming a New York Knick,” said Smith.

While Smith’s claim may be a little far-fetched, the Knicks have garnered a lot of respect this season and are the No. 4 seed in the East.

The Nets, if they can stay healthy, will certainly be one of the favorites to win the title this season.

Durant and Irving may never regret their decision, but there is no question that the Knicks have turned some heads this season.

It is possible that the Knicks and Nets could square off in the second round of the playoffs if the current standings hold for this postseason.