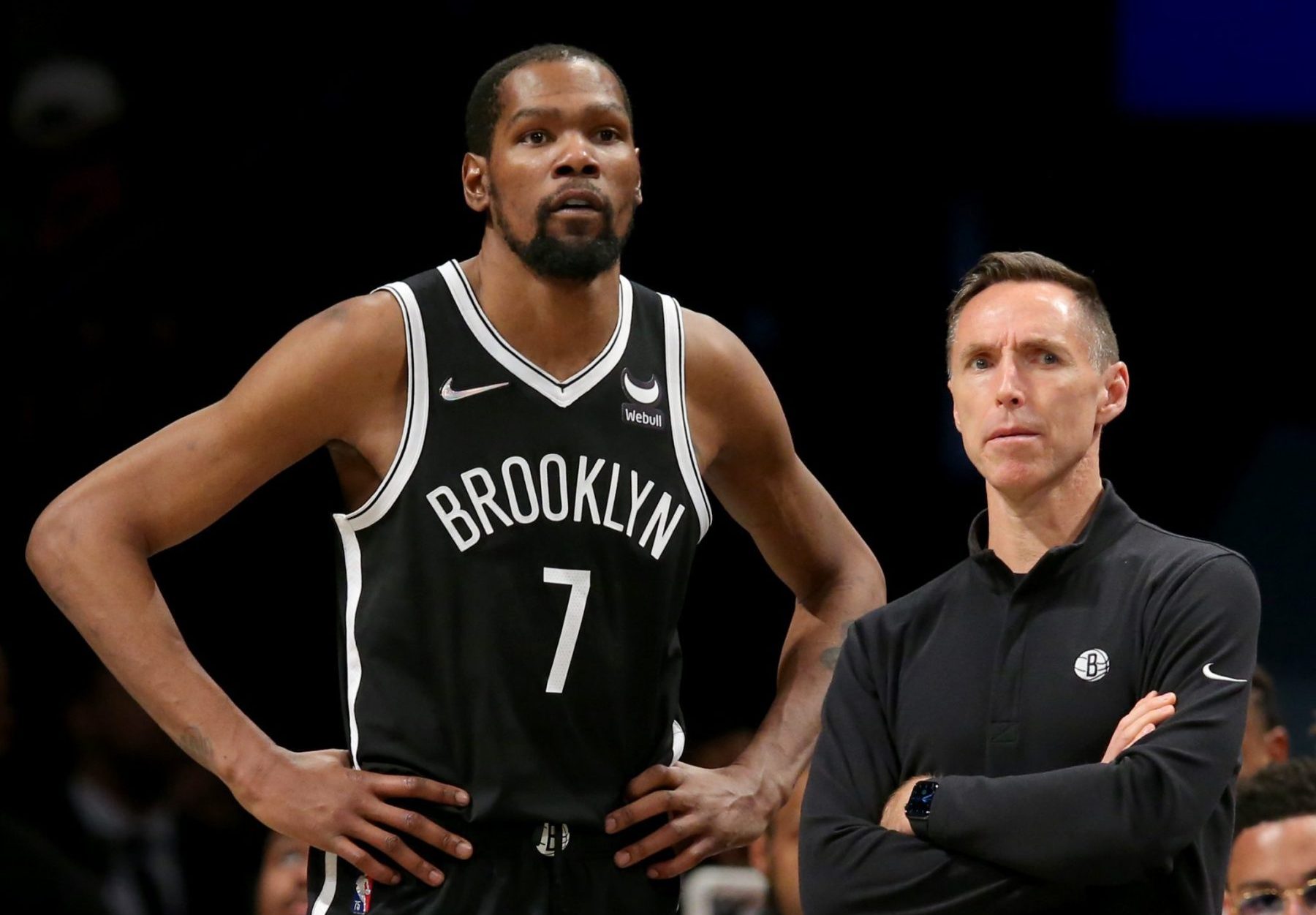 The Brooklyn Nets had a tumultuous offseason this summer, but the team remains intact heading into the 2022-23 season.

Nets superstar Kevin Durant requested a trade from the Nets early in the offseason, but he has since backed off the request. Durant’s goal is to be with a team and environment that he deems is stable, and it appears the Nets have addressed his concerns for now.

Kevin Durant on why he asked the #Nets to trade him: I want to be in a place that's stable, trying to build a championship culture. I had some doubts about that. I voiced them to Joe (Tsai), and we moved on from there." #NBA

Throughout the Durant saga this offseason, it was reported that he wanted Nets head coach Steve Nash to be fired. However, Nash squashed any concerns that he and Durant have a broken relationship on Tuesday.

“We’re fine,” Nash said after the Nets’ practice on Tuesday. “We’re good. Ever since we talked, it’s been like nothing’s changed. I have a long history with Kevin. I love the guy. Families have issues. We had a moment and it’s behind us. That’s what happens. It’s a common situation in the league.

“We all were hurting, seething, to go through what we went through last year, not being able to overcome all that adversity. Sometimes you lose perspective because you expect to win, but the reality is we were able to talk and discuss what we can improve on from last year. And also keep perspective. We went through a ton of stuff.”

The Nets were swept in the first round of the playoffs last season by the Boston Celtics. Although Nash had to deal with reports that Durant wanted him fired, he doesn’t believe they were 100 percent accurate.

Nash, a two-time MVP during his playing career, is entering his third season as Brooklyn’s head coach. He has compiled a 92-62 regular season record over his first two years, leading the Nets to two playoff appearances.

However, Brooklyn has failed to advance past the second round in Nash’s tenure. Despite that, Nets owner Joe Tsai clearly stood by his coach when refusing to trade Durant, or give into the star’s demands, this offseason.

Our front office and coaching staff have my support. We will make decisions in the best interest of the Brooklyn Nets.

Since Nash and Durant are so close, it’s possible the two have smoothed things over in order to focus on the 2022-23 campaign. It appears Nash is putting the offseason behind him and looking forward to brighter days ahead in Brooklyn.