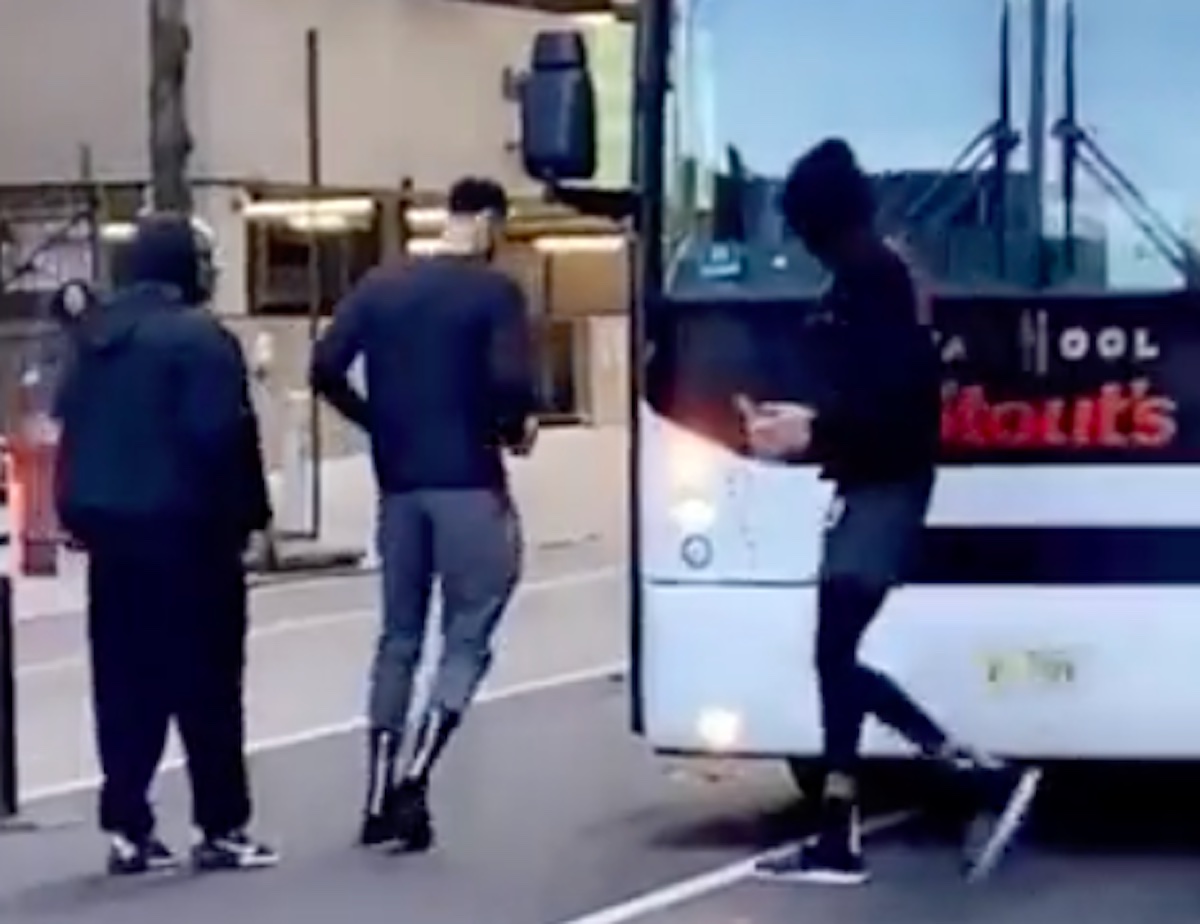 Ben Simmons’ new team, the Brooklyn Nets, is in Philadelphia on Thursday to take on the star guard’s former squad, the Philadelphia 76ers.

As all NBA fans likely know, Simmons refused to suit up for the Sixers this season. Simmons’ split from Philadelphia was about as ugly as it gets in professional sports, causing him to become a major enemy for many fans in the area.

For that reason, it’s not all that shocking that a recent video captured Philly fans harassing Simmons outside of a store ahead of the Nets’ matchup with the Sixers.

Damn Ben was just trying to get his pistachio latte in peace 😂 pic.twitter.com/ri4MTQxSx1

It’s obviously a pretty ugly video and doesn’t paint the fans heckling Simmons in the best of lights.

Still, there’s no question that fans in Philadelphia have every right to hold disdain for Simmons. After joining the Sixers as the No. 1 overall pick in the 2016 NBA Draft, Simmons quickly burst onto the scene and appeared to have all the tools to become one of the best players of his generation.

As his career with the Sixers progressed, however, he repeatedly showed an unwillingness to get out of his comfort zone. Most notably, Simmons essentially refused to attempt 3-point shots in games, preferring instead to get inside close to the basket.

While he absolutely is a star in the NBA, his game became too one-dimensional for the Sixers, and it started to have an impact on the team’s ability to win. That fact was especially put on display during last season’s playoffs, when Simmons began even passing up on attempts close to the basket.

It had become clear that the two sides needed to part ways, and Simmons ultimately decided to sit out until he was traded from the team. As for Sixers fans, they will likely continue to boo and heckle Simmons whenever he comes to town for the rest of his NBA career.