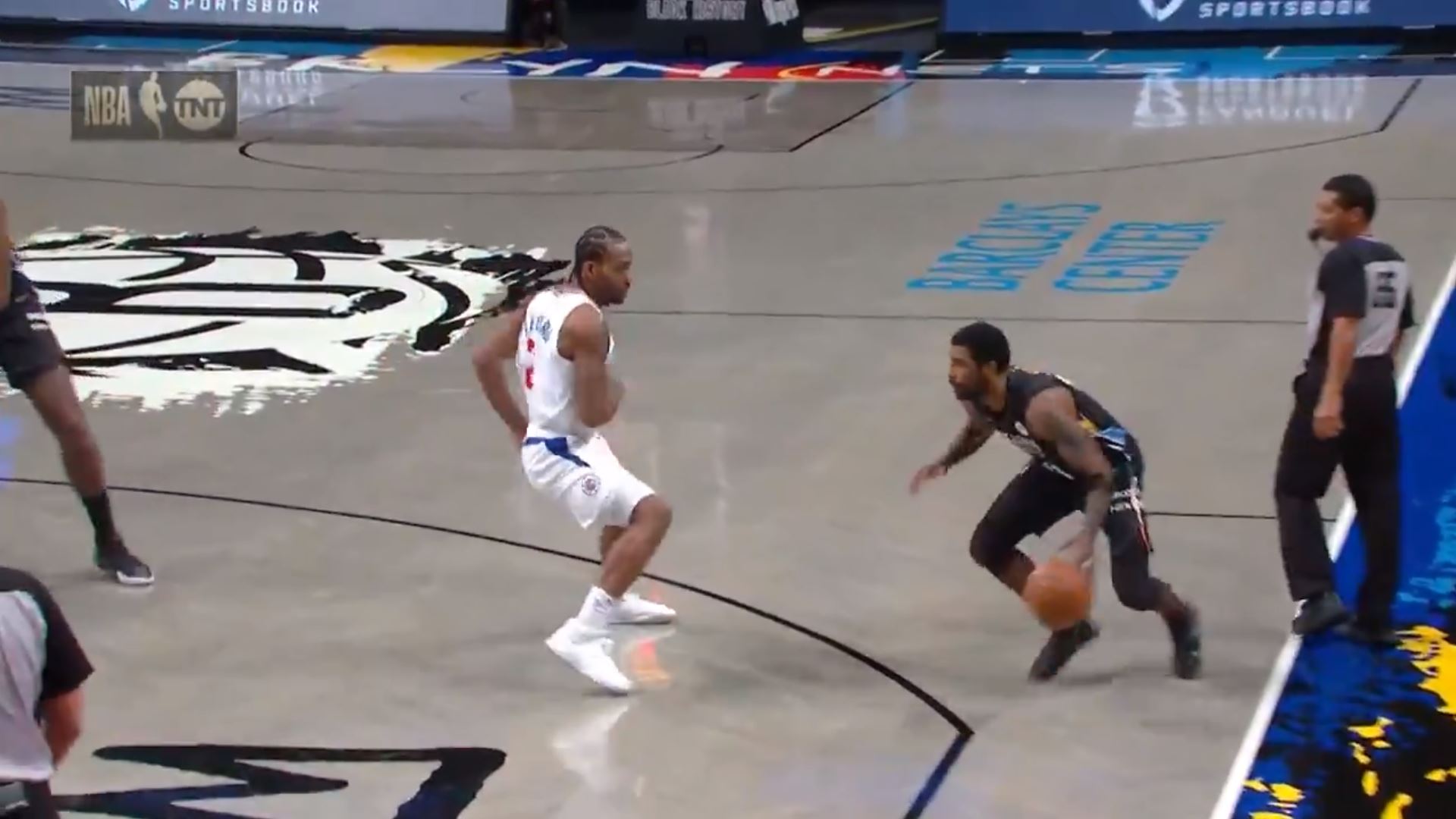 On Tuesday, the Los Angeles Clippers took on the Brooklyn Nets in what could be a preview of the NBA Finals.

At one point, Nets star Kyrie Irving schooled the Clippers’ Kawhi Leonard with a crossover dribble, then drained a long jumper.

Leonard has always been considered one of the NBA’s best defenders, but he was no match for Irving on the play.

The New Jersey native is arguably the best ball-handler in the NBA, not to mention a great outside shooter and strong finisher at or near the rim.

Both Irving and Leonard had strong first halves as the Clippers held a scant 58-57 lead at halftime at Barclays Center in the borough of Brooklyn.

The Nets are currently in third place in the Eastern Conference and are looking to climb higher in the standings, while the Clippers are trying to hold onto the best record in the league.

The Utah Jazz and Los Angeles Lakers are both nipping at the Clippers’ heels in the standings.