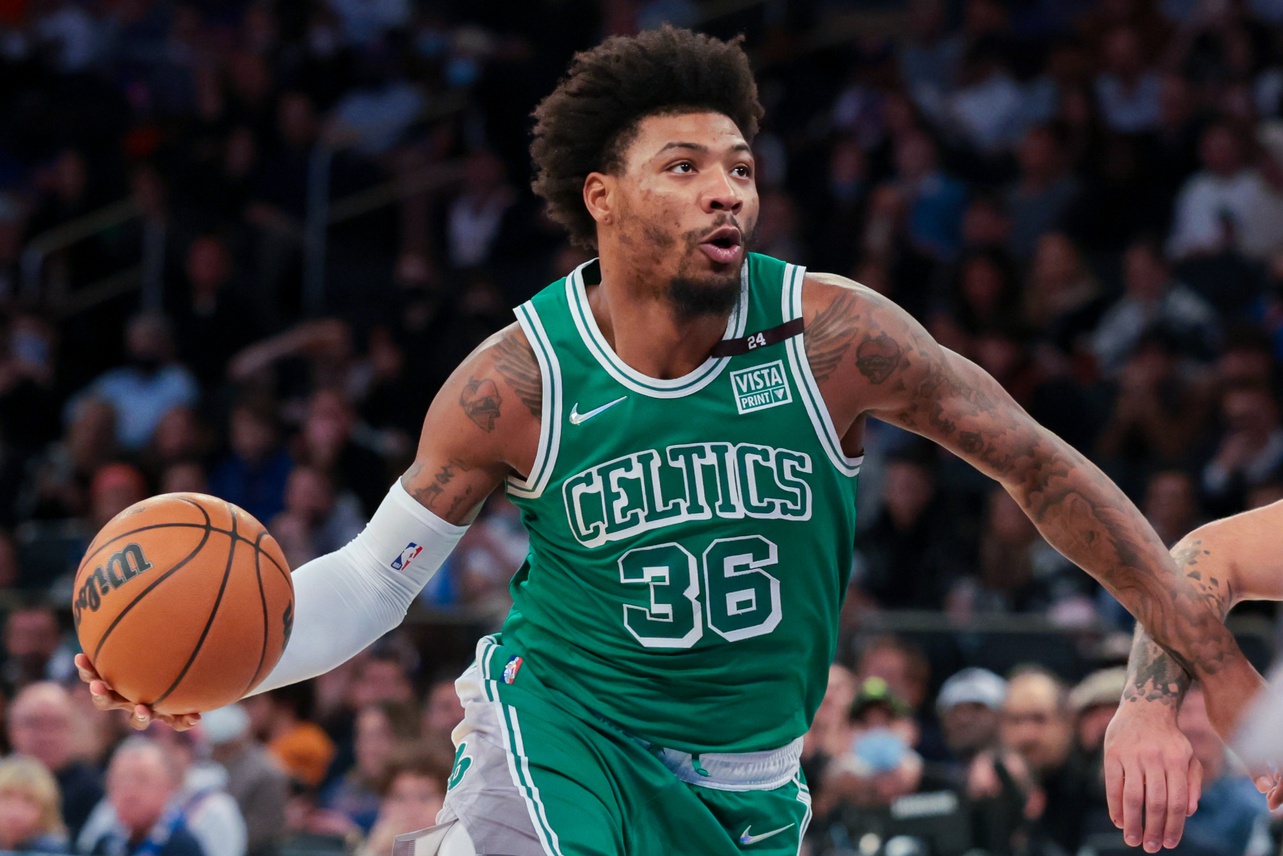 Boston Celtics guard Marcus Smart could be a potential trade asset as the team looks for another player to pair with stars Jayson Tatum and Jaylen Brown.

“Marcus Smart, some of the young players on the roster, the second or third year guards and forwards, I think they are seeing what the value for those players is out there, Josh Richardson, Dennis Schroder,” ESPN’s Adrian Wojnarowski said on NBA Today. “I think those are all players available in the marketplace. They still want to find another playmaker, wing player to complement the two All-Star forwards.”

Smart is in his eighth season with the Celtics after being drafted sixth overall by the team in 2014. He is averaging 11.6 points, 4.0 rebounds and 5.3 assists per game for Boston this season. Moving Smart or Schroder, who signed with Boston in the offseason, might be a move the Celtics could consider should a viable talent become available.

“League sources remain adamant to MassLive that the Celtics are not considering deals involving Jaylen Brown or Jayson Tatum at the trade deadline,” wrote Brian Robb.

Whether or not the Celtics could put together a deal to acquire a player like Jerami Grant of the Detroit Pistons or the Atlanta Hawks’ John Collins is yet to be seen. Boston is fighting to remain in playoff contention heading into February, sitting at 23-22 on the season.

The Celtics have been playing well in recent weeks, winning five of their past six games.