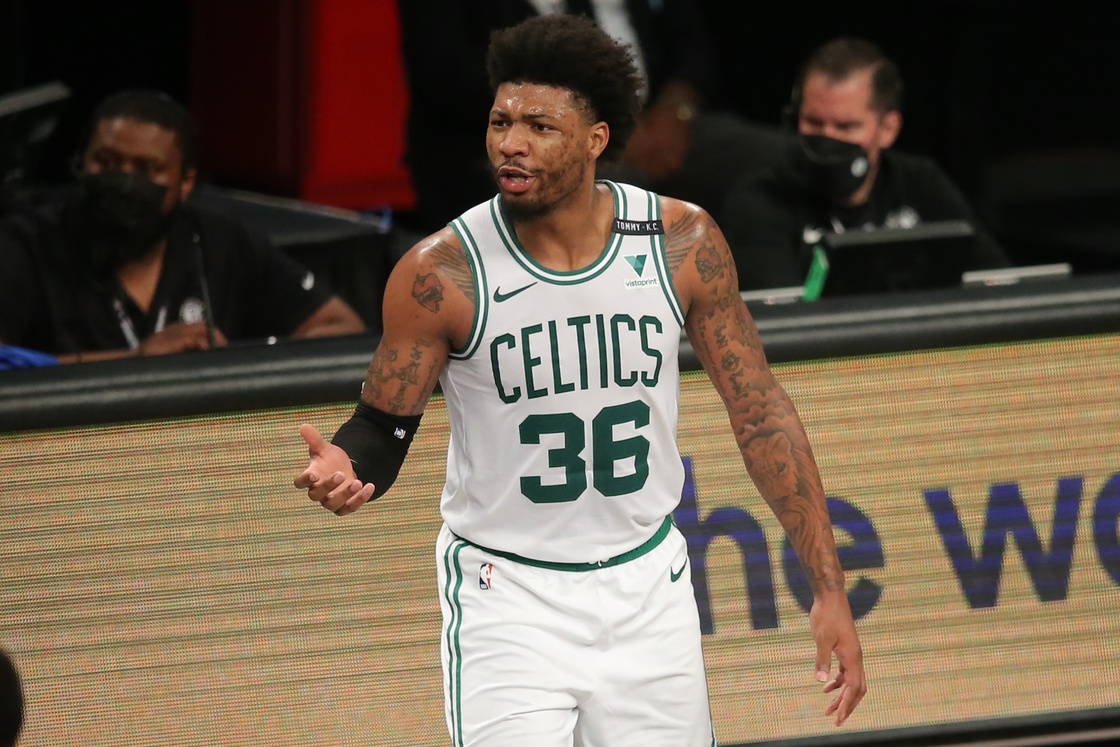 Sources tell Ahn Fire Digital that Boston Celtics guard Marcus Smart may be placed on the trading block this offseason.

The Celtics considered moving on from Smart last offseason, but felt they weren’t offered a good enough return to pull the trigger on a potential move. Boston is hoping it can get a handsome return for the 27-year-old this time around.

Efficiency has always been a struggle for Smart, who is a career 37.6 percent shooter from the field. He is coming off of a 2020-21 season in which he averaged 13.1 points, 3.5 rebounds and 5.7 assists while shooting 39.8 percent on field goals and 33.0 percent from beyond the arc.

Smart dealt with injuries throughout the year and appeared in just 48 games.

The former first-round draft pick is under contract for one more season. It will be interesting to see how his value is perceived by other teams on the trade market.

Brad Stevens seems to be wasting no time making some noise in his new role as president of basketball operations. He was named to the position last week when Danny Ainge stepped down from the job.