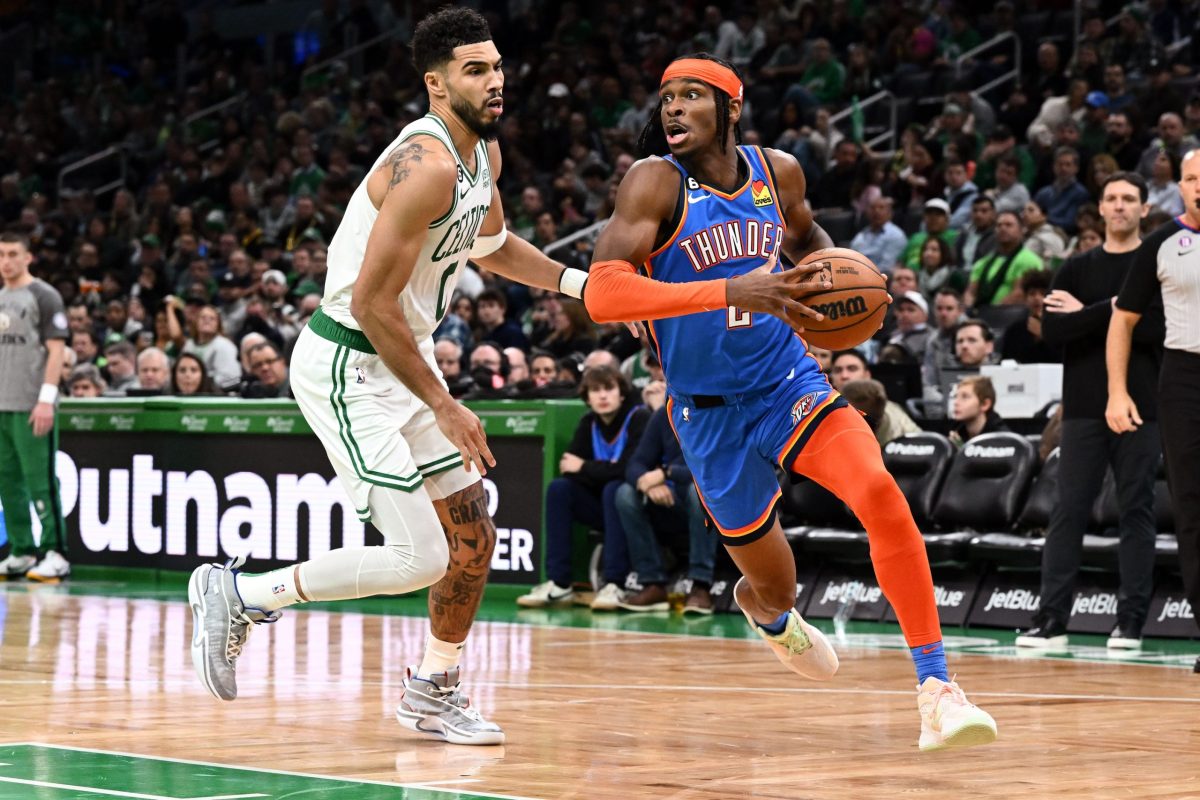 Shai Gilgeous-Alexander is one of the most exciting young stars in the league, and according to Brian Scalabrine, he could have been drafted by the Boston Celtics in 2018.

Scal has indicated on recent Celtics broadcasts that he had intel that they would have selected Shai Gilgeous-Alexander in ‘18 had they not traded the pick in the Kyrie deal. Pretty interesting alternative scenario there.

Back in the 2017 offseason, the Celtics made a shocking trade by bringing in Kyrie Irving from the Cleveland Cavaliers in exchange for Isaiah Thomas, the Brooklyn Nets’ 2018 first-round selection and other assets.

At the time, executing the deal seemed like a no-brainer for the Celtics. After all, Irving had been playing at an All-Star level, and Thomas had not fully recovered from his injuries yet. As for the draft pick, the front office evidently valued the former Cavs point guard more than the draft asset it had previously acquired from the Nets.

As it turns out, Boston could have had the chance to acquire a top prospect in the 2018 draft instead of enduring two disappointing seasons of Irving.

The Brooklyn pick eventually landed at the eighth spot, which Cleveland used on Collin Sexton. If Boston had kept the pick, former Celtics champion Scalabrine believes that the front office, which was then led by Danny Ainge, would have used it on Gilgeous-Alexander.

The University of Kentucky product fell to the No. 11 spot. He was drafted by the Charlotte Hornets, who then traded him to the Los Angeles Clippers during draft night.

After just one season in Los Angeles, Gilgeous-Alexander was shipped to the Oklahoma City Thunder as part of the blockbuster trade that brought star Paul George to the Clippers.

The move has allowed Gilgeous-Alexander to shine in Oklahoma City. In his first three seasons with the Thunder, the 6-foot-6 guard averaged 21.9 points, 5.3 rebounds and 4.8 assists per contest. He has continued to level up, as this season, he is recording 31.5 points, 4.4 rebounds and 5.8 assists per game.

Seeing how the Canadian basketball player has improved over the years, Celtics fans can only wonder how the team would have fared in the past seasons had it been able to land Gilgeous-Alexander.

Still, it’s not all bad, considering that Boston reached the NBA Finals last season. The franchise is off to a good start in the current campaign as well as it currently sits atop the Eastern Conference standings with an 11-3 record.