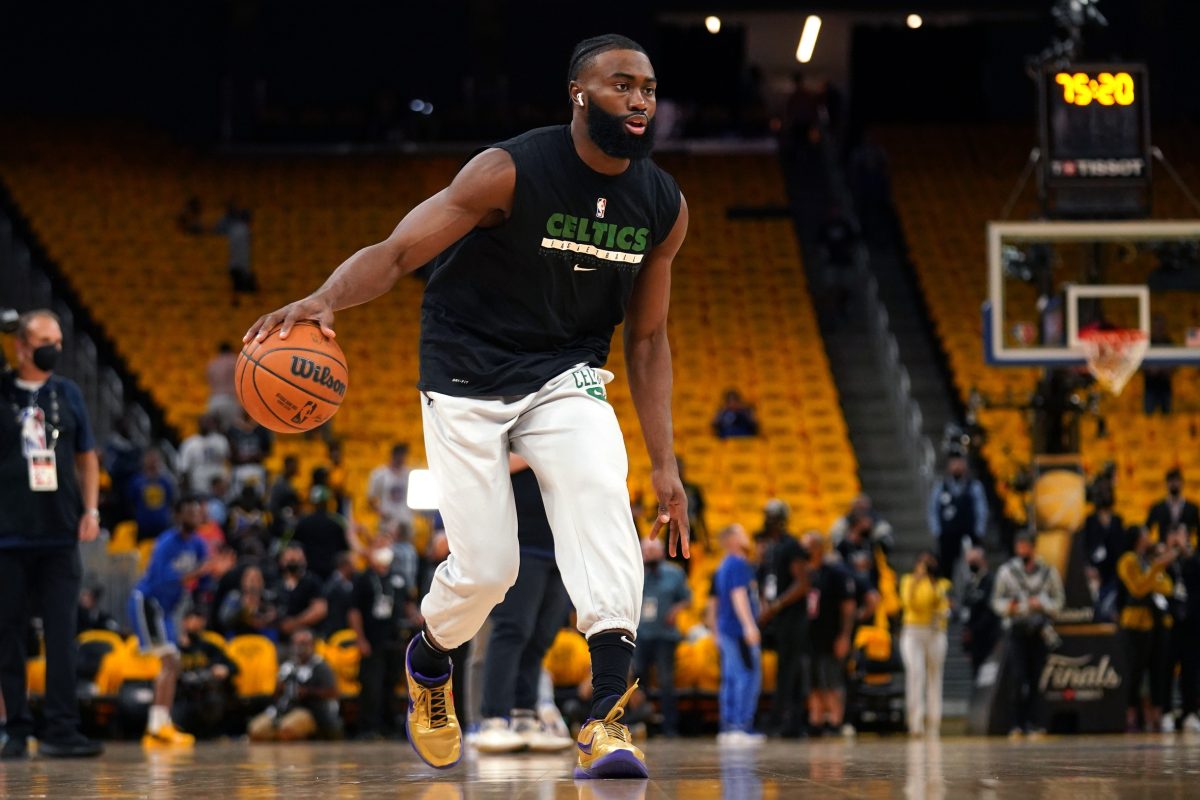 The Boston Celtics have their backs up against the wall in their 2022 NBA Finals series against the Golden State Warriors.

After a convincing Game 5 win, the Warriors are just one victory away from claiming another NBA title. While the Celtics are certainly treading in dangerous waters against a team that has already won three titles in the past decade, Celtics star Jaylen Brown is not intimidated.

Leading up to Thursday’s Game 6 in Boston, Brown made it clear that he and his teammates are not afraid of the Western Conference champs.

Jaylen Brown knows the Warriors are a good team, but says the Celtics are not intimidated by their championship pedigree.

“We are not scared. We do not fear the Golden State Warriors.”
pic.twitter.com/VhQHSamiF1

While the Celtics as a franchise have boundless championship pedigree, Boston’s current roster has very little experience at this level. The last time the Celtics made the NBA Finals before this year was back in 2010.

Brown and fellow Celtics star Jayson Tatum were not even close to entering the NBA at that time.

Still, perhaps Boston’s relative youth will work in the team’s favor in the upcoming game. The Celtics will certainly be energized by their raucous home crowd. On top of that, their youth may let them rest up and recover a bit faster than the Warriors, who are led primarily by veterans who are quite a bit older than Boston’s stars.

In the end, a champion will be named either in Game 6 or Game 7. While the Celtics may not be afraid of the Warriors, only time will tell if that confident approach proves to be enough to defeat Golden State.

As for the Warriors, they’ll surely look to rely on stars like Stephen Curry, Klay Thompson and Draymond Green to try to bring yet another title to the Bay Area.