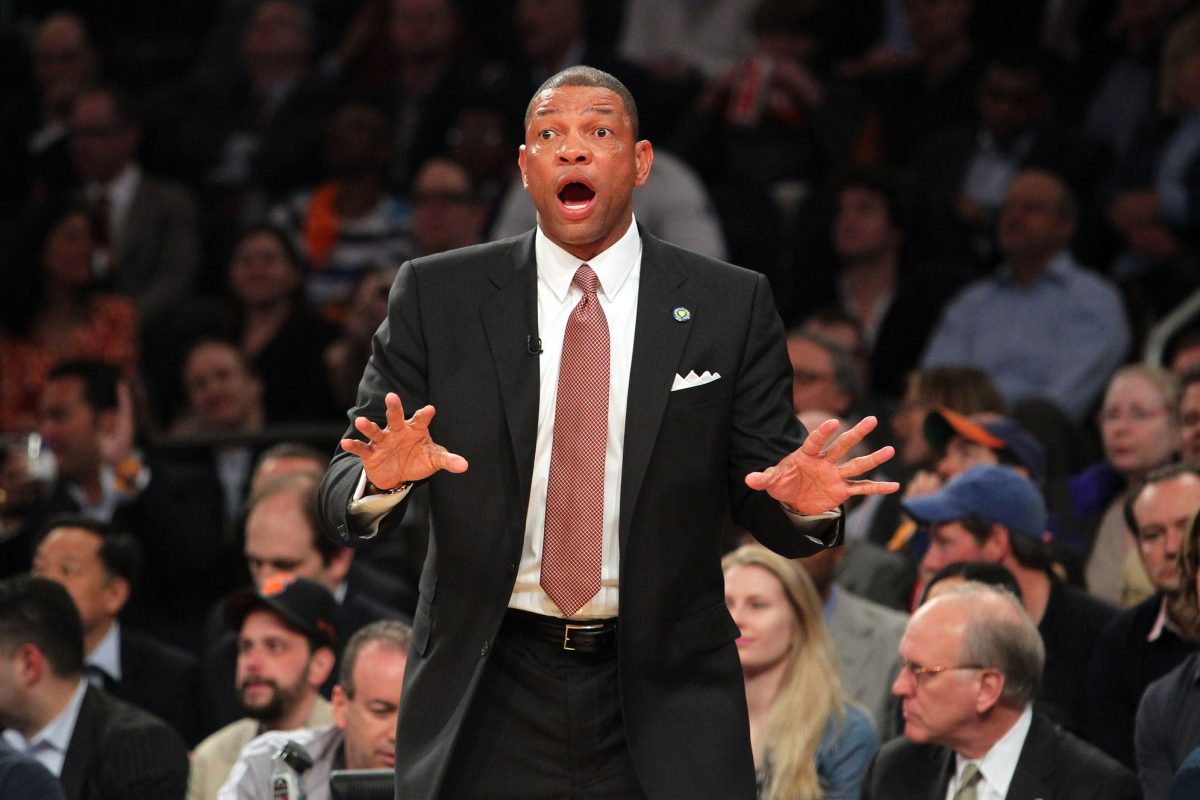 When Doc Rivers was the head coach of the Boston Celtics years ago, the Celtics were known as an incredibly passionate and aggressive bunch.

After all, the team was led by the likes of Kevin Garnett, Paul Pierce and Rajon Rondo for many years, three of the more competitive players in recent memory.

While most of the squad’s aggression was directed at players on opposing teams, it appears as though there was also internal conflict sometimes.

Rivers recently discussed an instance in which he lied to the media about a matter that unfolded in the locker room. While he claimed that his players were celebrating in the locker room after clinching home-court advantage in the playoffs, the truth was that they were actually fighting.

“They went at it, and we broke them up, and then two other guys went at it,” Rivers recounted, opting not to name who the players were. “People don’t realize this stuff happens. And I remember walking out…and I go out to talk to the media, who’s right outside the door…and you could hear them still arguing, and I walk out and was like, ‘Guys, listen to that joy in there. Just listen to the celebration in there.'”

It’s a hilarious story that offers a fascinating look into what it is like to be the head coach of a highly competitive and talented basketball club.

These days, Rivers is working as the head coach of the Philadelphia 76ers. He has had to manage a fair amount of conflict during his time with that organization as well.

Fans certainly remember the rift that developed between the team and point guard Ben Simmons. Ultimately, the team traded away Simmons and a number of other assets for superstar guard James Harden.

Now, Rivers, Harden and superstar Joel Embiid will look to lead the 76ers in the 2022-23 campaign.