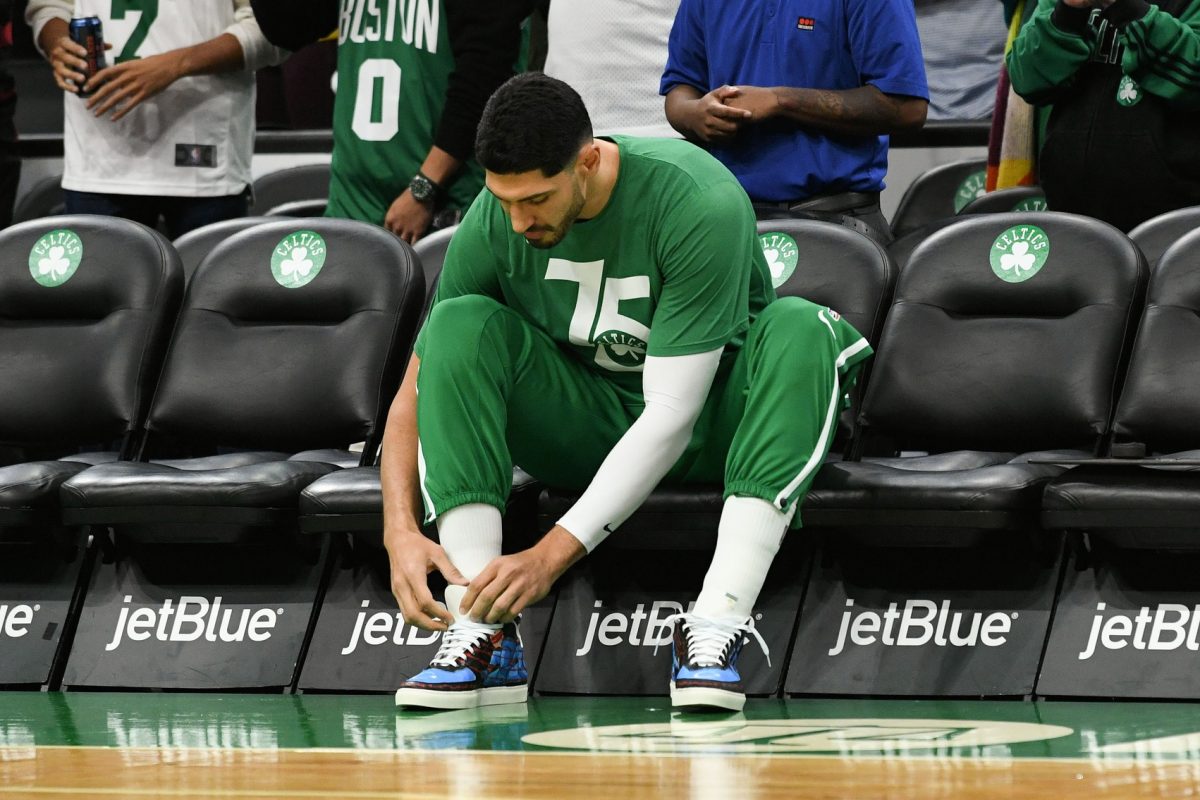 “Tibet belongs to Tibetans,” Kanter said it a recent social media post. “I am here to add my voice and speak out about what is happening in Tibet. Under the Chinese government’s brutal rule, Tibetan people’s basic rights and freedoms are not existent.”

At a game earlier this season, Kanter wore shoes that read “Free Tibet.” He recently revealed that the NBA was “begging” him to take off the shoes before the game.

“I remember it was the first time. It was our first game, actually. It was in Madison Square Garden, and I wore a ‘Free Tibet’ shoes and went out there,” Kanter explained. “I remember right before the game, there was two guys from the NBA came up to me and say, ‘You have to take your shoes off. We are begging you.’ And I was like, ‘I’m sorry, what are you talking about?’ He said, ‘You have to take those shoes off. We have been getting so many calls.'”

This is a very interesting development in the story, and it’ll be interesting to see if the NBA responds to Kanter’s comments.

Kanter has seen very little game action for the Celtics so far this season. He has appeared in just two games and is averaging 2.0 points and 2.0 rebounds per contest.

The 29-year-old big man is playing in his 11th season at the NBA level.